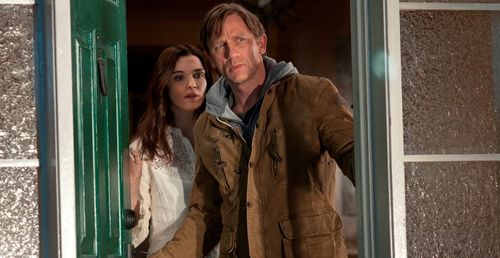 If we’re supposed to take Hollywood gossip seriously, it seems there was quite a bit of disagreement when it came to the execution and assembly of “Dream House.” The actors and director have essentially disowned the effort, and Universal Pictures has done their part to hobble the enterprise by issuing one of the worst theatrical posters in recent memory, along with releasing a trailer that honestly gives away the intriguing twist of the movie. It goes without saying that “Dream House” is a distorted mess (and, for the record, isn’t a horror feature), playing like a workprint that somehow fell into a wide release, but the film is not quite the travesty its chaotic production history suggests. I’m not recommending it, but it’s always fascinating to watch a movie where everyone who made it has slinked away from the final product. Read the rest at Blu-ray.com