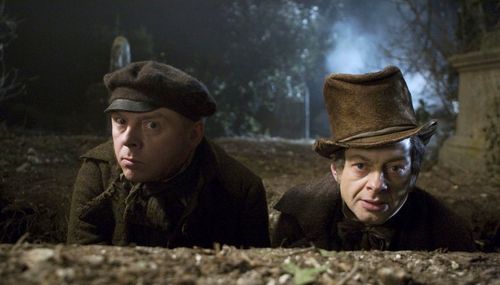 It’s been over a decade since John Landis last directed a feature-length comedy, spending the last 10 years working on various documentaries, perhaps waiting for the right material to come into view. “Burke and Hare” certainly plays to his sensibilities, combining slapstick comedy, English wit, and macabre occurrences into a sprightly picture that encourages more amused reactions than laughs. Landis is comfortable here, fluid and frisky, but the material just doesn’t have much snap to it. At least outside of all the broken limbs. Read the rest at Blu-ray.com