Film Review - Bucky Larson: Born to Be a Star 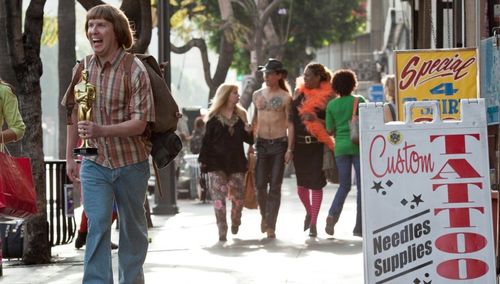 After accepting an invitation to join the Adam Sandler Rodeo a few years back, obediently working a string of cameos and supporting roles for the superstar, comedian Nick Swardson graduates to leading man status with “Bucky Larson: Born to Be a Star” (shot two years ago). After sitting through this dreadful, monumentally humorless picture, I wouldn’t be surprised to learn that this is going to be the last Nick Swardson starring role. He’s a fine stage comic (or at least was for a time in the mid-2000s), but his sleepy, sarcastic sense of humor has found considerable trouble translating successfully to television and film. In fact, considering how excruciating “Bucky Larson” is, I regret ever referring to it as a “sense of humor.” It’s now officially a lethal weapon. Read the rest at Blu-ray.com