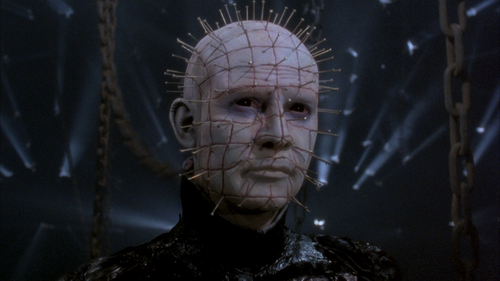 1987’s “Hellraiser” dared to challenge the stagnant horror genre. Instead of slashings and stalkings, the picture submitted a low budget, but exhaustively unnerving depiction of sadomasochistic wonder smashed together with distorted monster movie mechanics. Expelled from the bottomless pit of despair known as Clive Barker’s imagination, the film was an absolute humdinger, submitting a bold, original vision that genuinely terrified, making chiller product from that year resemble a church picnic by comparison. Finding cult success at the box office, a sequel was quickly ordered up by the producers, looking to capitalize on the uneasy introduction of the Cenobite invasion, hoping to extend the moderately profitable nightmare for one more feature. So, where does one take “Hellraiser” for its second adventure? To Hell, naturally. Read the rest at Blu-ray.com