Blu-ray Review - Death of the Virgin 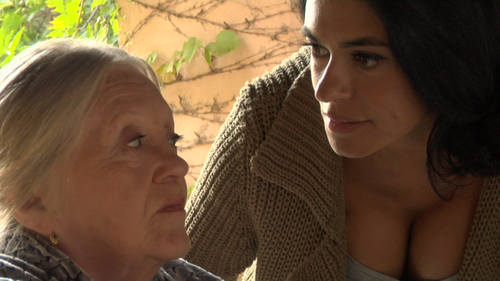 "Death of the Virgin" is a supremely cluttered horror picture with a few striking ingredients. It offers a bizarre concentration on nightmarish imagery founded in fine art and contemporary dance, yet it also desires to be a gross-out slasher film of sorts, along with mimicking several other terror subgenres of questionable repute. "Death of the Virgin" is a smear of ideas supported by a lackluster technical effort, raising a strident genre ruckus when more attention should've been paid to the fundamentals, supplying a more rigorous display of thespian confidence and cinematographic ability. Instead, a handful of lofty thematic concepts and inspirations are left to rot while director Joseph Tito gradually loses control of the picture, resorting to ugly acts of ultraviolence to make a hasty impression. I'm not suggesting the script ever held promise, but there's something interesting going on during this unpleasant mess that's never quite developed to its full potential. Read the rest at Blu-ray.com