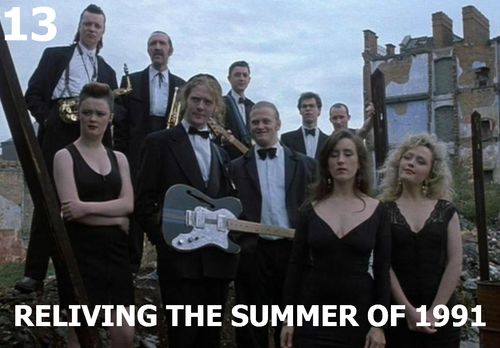 Accepting a righteous Irish kiss with “The Commitments.”

Nutshell: Facing a grim employment outlook in Dublin, Jimmy Rabbitte (Robert Arkins) decides to form his own soul band, looking to manage a squad of musicians and singers to industry glory. Taking on the likes of loutish singer Deco (Andrew Strong), performance veteran Joey “The Lips” Fagan (Johnny Murphy), and local sexpot Imelda (Angeline Ball), Jimmy is forced to deal with industry amateurs and the irritants of daily life, hoping to shape a viable group out of this collision of tempers. While tasting success after gigging around the city, The Commitments find they must confront their internal discord before any global domination can commence. 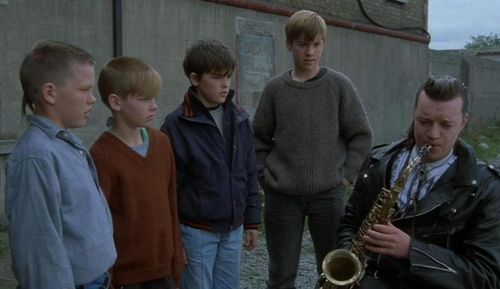 1991: I’ve breezed past the idea in previous diary entries, but I have to admit, a few of the movies I was drawn to two decades ago were quite different from the popular titles of the time. These days, one merely has to get out of bed to see an independent or foreign film. Back in 1991, it was a slightly more arduous task, especially being a teenager and unable to drive. The roadblocks were plenty, but I managed to see (with monumental help from loved ones) numerous fringe titles theatrically that would otherwise be unavailable to a punk kid like me. 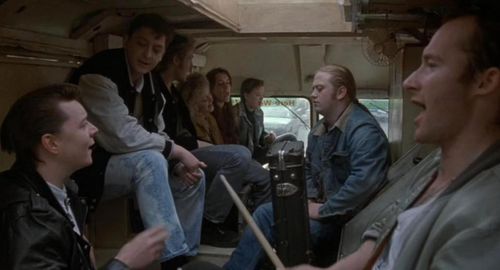 “The Commitments” was hardly an impenetrable Henry Jaglom picture, but Alan Parker’s exploration of the Irish liberation of soul music was an odd title to seek out at my age. Drawn to the music, the accents, and the crunchy feel for foreign domestic matters (littered with curse words), the picture was enticing. With a careful platform release from 20th Century Fox, the feature eventually worked its way to my neck of the woods, slipping into multiplexes quietly to keep from disturbing traditional Hollywood fare (Shhhhhhh, or you’ll wake “Child’s Play 3”). It was a secret movie in that respect. Despite Fox’s marketing efforts to make a mainstream event out of the film, it felt like a private language, even with Parker’s attachment and a reassuring soundtrack of classic tunes. 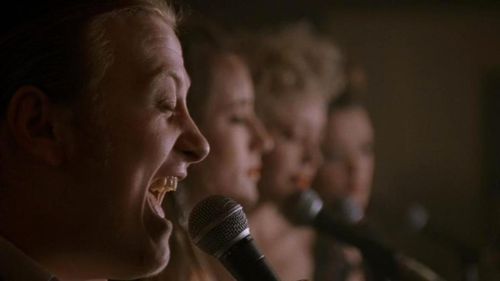 “The Commitments” was something of a punch-drunk party I couldn’t fully appreciate, yet a film I responded to quite positively. Drawn to the jagged performances and surprisingly lush concert sequences, Parker created a victorious portrait of futile idolmaking set against harsh Irish social and environmental demands, creating a strange, but utterly relatable feature of yearning, skillfully adapted from the novel by Roddy Doyle.

I actually returned to the contact high of the picture a few months later at this newfangled place called a “Cinema Café.” Of course, watching “The Commitments” while eating pizza is possibly sacrilege, but I was hardly going to be served a pint of Guinness that night. A second look solidified the feature as an absolute gem of the filmgoing year, though, disappointingly, the movie only managed to reach cult status. 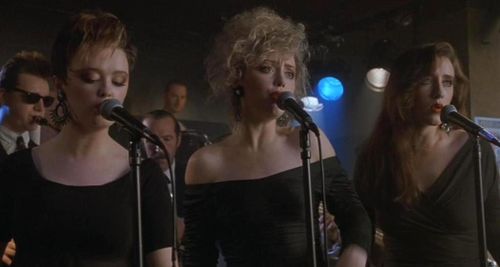 2011: I haven’t been around “The Commitments” since 1991 and there’s really no decent explanation for that. It’s a marvelous picture, overflowing with such verve and, well, soul. Revisiting the feature really opened my eyes to how well the movie clicks, effortlessly capturing a feisty group dynamic while holding to the tunes, the glorious tunes, as the star of the show. A veteran of musicals, Parker is clearly hankerin’ to hear the classics (including Otis Redding, Wilson Pickett, and James Carr) from this oddball group, keeping the feature a 50/50 split between character eccentricity and performance footage, where the band develops from a clunky unit to something polished as the film unfolds.

It’s such beautiful music too, especially from a make-em-up band assembled for movie purposes. It makes sense that a majority of the cast members decided to take The Commitments on the road after the film’s release, hoping to recapture that screen magic night after night (they reunited for charity gigs this year). While the musicianship is flavorful, the vocals are the star of the show, introducing the world to the sheer power of Andrew Strong, a 16-year-old boy (!) with a cannon for a voice, cracking the foundation with his throaty, Cocker-squirmy takes on soul masterworks. Shining equally as bright is Maria Doyle Kennedy, representing the softer side of the stage, adding a feminine perspective to the group, balancing Strong’s vocal hurricane marvelously. 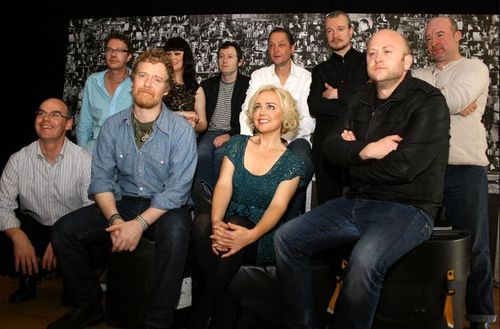 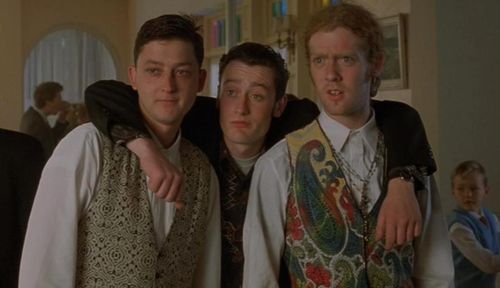 Parker loves watching the band in action, gifting the bruisers gorgeous cinematography to help weave their magic and a sure sound to generate plausible triumph. There’s also plenty of neuroses and infighting to observe as well, sold through a loose conversational approach that sustains realism and loosens excessively comical asides. “The Commitments” is one of Parker’s better pictures, never halting to sort through melodrama or dwell on Dublin desperation. Instead, it’s a relaxed, colorful creation, remaining true to rascally human behaviors while respecting the unifying power of music. It’s never overtly philosophical, sustaining a creamy atmosphere of personalities percolating, dreaming, and fookin’ fightin’. 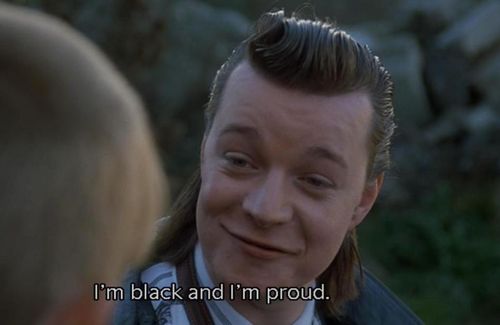 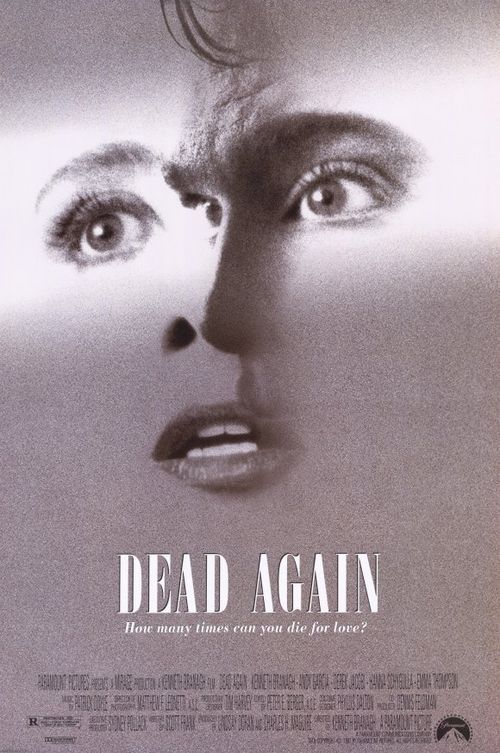 And two pieces of leather come together to torch their careers. 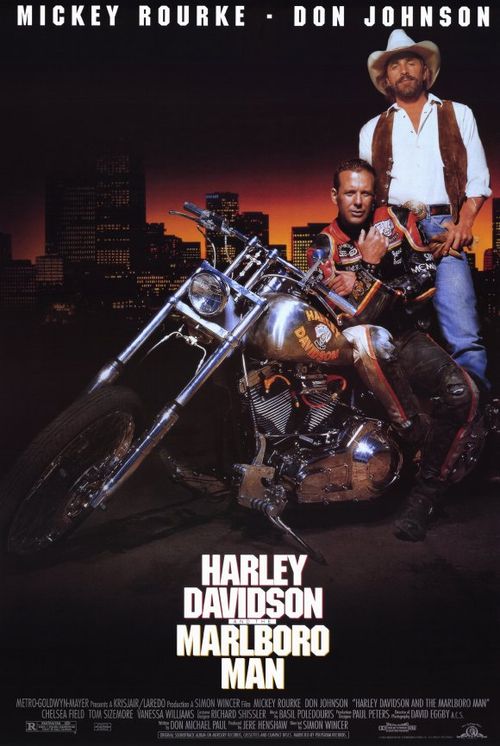