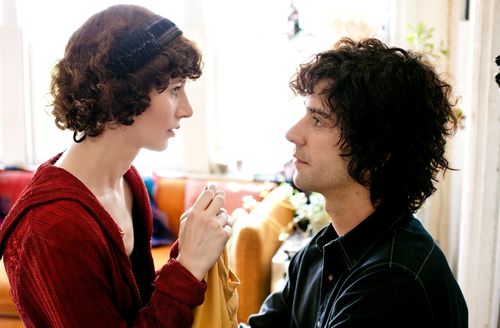 Miranda July has a way of making 90 minutes of incessant quirk feel like 30 years on a chain gang.

Sophie (Miranda July) and Jason (Hamish Linklater) are two directionless 35-year-olds holding jobs they don’t enjoy, plugging their attention into laptops as a portal to an outside world they fear. The pair plans to adopt Paw Paw, a wounded cat they’ve discovered, but must wait 30 days for his wounds to heal. Sensing a major change approaching, the couple set aside a full month to modify their lives, soon quitting jobs and chasing what passes for dreams between this mopey pair. Instead of domestic serenity, the duo invites misery into their apartment, with Sophie taking a creepy lover in Marshall (David Warshofsky) and Jason halting time and space as a way of refusing change into his comfortably static life.

Writer/director/star Miranda July is a performance artist who occasionally dabbles in feature-length filmmaking. Her last effort was 2005’s “Me and You and Everyone We Know,” a movie that used the image of fecal matter being pushed back and forth between two rectums as a primitive symbol of a romantic union. The woman has one vast imagination. 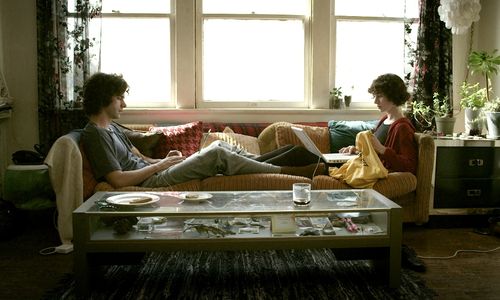 Some viewed “Everyone” as a heroic triumph of independent filmmaking. I couldn’t stand the film’s insincerity and expressionless absurdity, finding July’s fixation on eccentricity too much to bear. Those feelings of irritation explode into a full-body rash with “The Future,” which appears to be July’s statement on thirtysomething malaise and cohabitation blues, but I believe only the filmmaker truly knows the endgame of this cinematic sleeping pill. Outsiders are encouraged to theorize, but it doesn’t really matter. This is July’s world of stares and affected performances, leaving her and her alone as the ideal audience for this immobile experiment in petrified ludicrousness.

“The Future” is narrated by Paw Paw, a fearful cat (voiced by July) who sits in a cage and wonders what life will be like inside an apartment after years of feral freedom. The cat’s anxiety is mirrored in the actions of Sophie and Jason, a couple who’ve perfected their neuroses, living whiny, unfulfilled lives, worrying about future plans while their present atrophies, placing all their hopes and dreams into a pet they’ve never spent time with. And that’s pretty much it for plot with this picture.

The rest of “The Future” crawls off into the unknown, observing Sophie “comically” enter into a kinky affair with Marshall, who’s father to a young girl seeking to literally plant herself into the ground. Jason befriends an elderly Craigslist seller who writes dirty poems about Mrs. Claus and her oral sex preferences. Jason also has the ability to stop time with his hand, conferring with the moon about his control issues. There’s also a rumpled t-shirt stalking Sophie, urging the uneasy one to climb inside and perform an interpretive dance. I bet you thought the talking cat was pretty weird. July was only getting started. 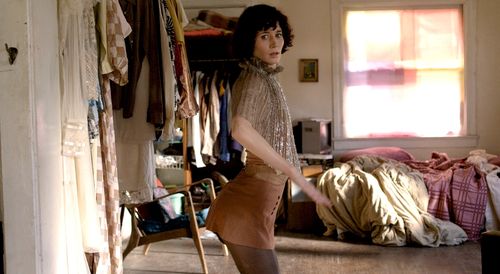 This sort of surreal experience is capable of working in more skillful hands. July flails with her ideas, mistaking oddity for profundity, failing to root her wheezy symbolism into any sort of adequate emotional foundation. She’s making art instead of a movie, and while there’s nothing inherently wrong with the ambition, the execution is disastrous at times, unbearable all the way. “The Future” is abstract but never involving. Its peculiarity is painted with a roller, not cleverly considered and lovingly communicated. There was never a point where I believed in July’s abilities as a filmmaker. She’s messing around, trusting her fans will find some type of askew spiritual enlightenment I’m unsure is even there to begin with.

I understand many respond to July’s work with a near-archeological fervor, grateful to be digging around her filmed self-expression, delighting in her concerns and infinite silences. I do not share this enthusiasm. “The Future” is such a synthetic viewing experience, completely tone-deaf and void of rhythm. It lacks even the most basic human understanding. Instead of following through on achingly vulnerable acts of confession and alarm, July would rather dance inside of a stretched-out t-shirt. 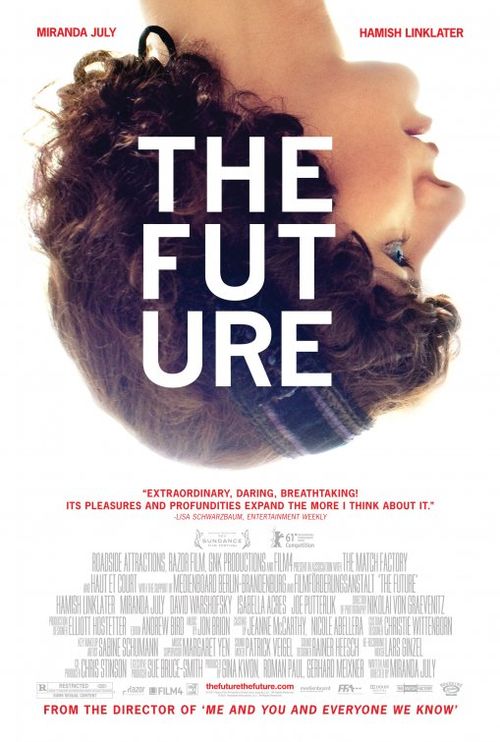