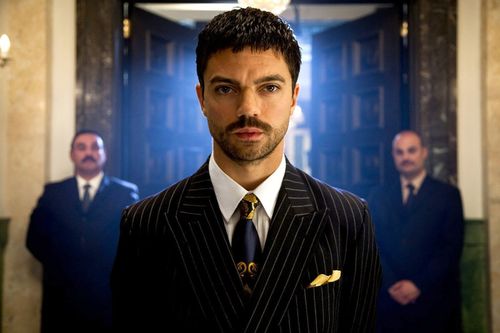 I want a varied landscape of cinema as much as the next person, but did the world truly need a movie based on the depravity of Uday Hussein, son of Saddam? It’s difficult to ascertain exactly why the story behind “The Devil’s Double” required a feature film treatment, a quibble inflated to flat-out disgust by the end of the picture. Unsophisticated and unnecessarily ugly, the movie seems to favor Uday’s sadism instead of condemning it, making its ultimate purpose too fogged for comfort.

An Iraqi soldier, Latif (Dominic Cooper) is pulled into Saddam Hussein’s web of power when Uday Hussein (also Dominic Cooper) forces him to commit to life as his double. Undergoing rigorous training and plastic surgery, Latif is introduced to the violent realm of Uday, a disturbed man delighting in his ability to intimidate and slaughter anyone who opposes him. Repulsed by the position, Latif looks for any chance to escape, soon coming to the conclusion that Uday’s influence is too powerful to defy, forcing the meek man into submission, soon witnessing and participating in a routine of cruelty that pushes Latif to the brink of madness.

“The Devil’s Double” is based on the life of Latif Yahia, who has an incredible story of suffering and intimidation to share about Uday, a ghoul of a man who terrorized the people of Iraq for decades. The screenplay has less interest in facts and history, instead more intrigued with the volatile nature of Saddam’s spawn, holding focus on his daily diet of destruction over a more measured, academic portrayal of a wicked man. “Devil’s Double” favors excess, delighting in the lurid business of torture, rape, and murder, using Latif’s anguished perspective as a protective barrier, keeping the film away from charges of salacious intent. The material walks a fine line of purpose, which ultimately unravels the entire effort. 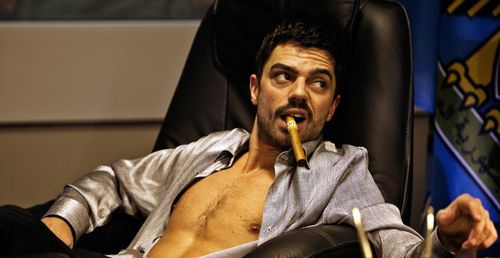 Uday’s wrath is sickening and should be addressed in some form. Within the first act of the picture, characters are solidified and the plot is set in motion, yet director Lee Tamahori likes to linger on ugly business long after the point of Uday’s threat is established. “The Devil’s Double” is a graphic movie articulating a potency of viciousness, yet the filmmaker wallows in the agony, staging a surplus amount of misery, some even with a semi-comic slant. It’s borderline distasteful. The overkill nature of the direction is baffling at times, suffocating the illustration of madness it appears eager to express. Intestines are spilled, cocaine is hoovered, various suicides are carried out, and Uday’s taste in underage girls is detailed in full (along with additional sexual kinks), pushing the film into a gray area of voyeurism. The man’s insanity was extraordinary, yet there’s nothing complex about Uday’s screen behavior, rendered here with as little dimension as possible. I believe Tamahori is attempting to construct his own “Scarface” legacy, though I shudder at the thought of Uday being transformed into an urban hero.

Contributing to the Middle Eastern hurricane is Cooper, here in a tricky dual role the actor pulls off with aplomb. Cooper fashions two distinct personalities with Uday and Latif, which is quite an achievement. What Tamahori does with the work is another story. 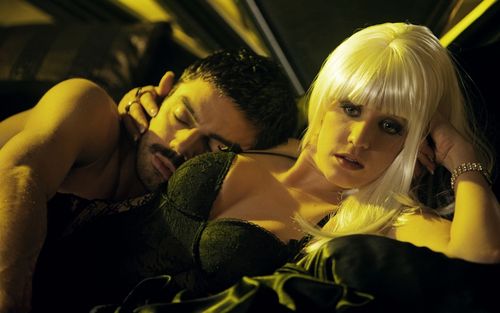 As Uday, Cooper rages at the top of his lungs, feeling out every last twitch of impulse within the man. The director’s job is to shape the performance into a portrait of horror, yet Tamahori is content to have the actor scream away, generating a habit of hysterics that grow more tiresome as the movie unfolds. Uday isn’t scary, he’s loud, which I chalk up to permissive editing, not Cooper’s performance. He’s tremendous, though saddled with some of the worst twin visual effects I’ve seen in quite some time. Seriously, the original “Parent Trap” was more convincing.

“The Devil’s Double” labors to find emotional stakes for Latif, scripting up a hooker-with-a-heart-of-gold figure (played by Ludivine Sagnier, located somewhere under an unpleasant digital “smoothing” of her face) to motivate the character beyond self-preservation. It’s transparent, but much of the film is, playing so broadly it’s almost impossible to believe any of this is rooted in fact. “The Devil’s Double” resembles more of a “Saw” sequel than an exploration of real-world evil, needlessly sanding off the jagged edges of intriguing psychological disturbance. 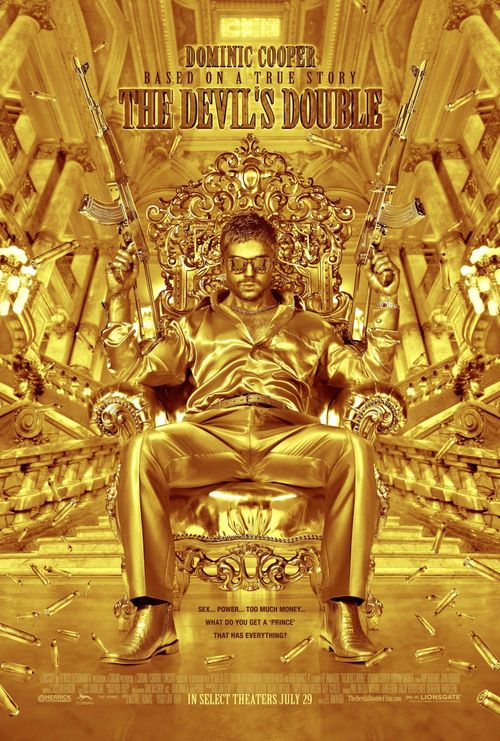