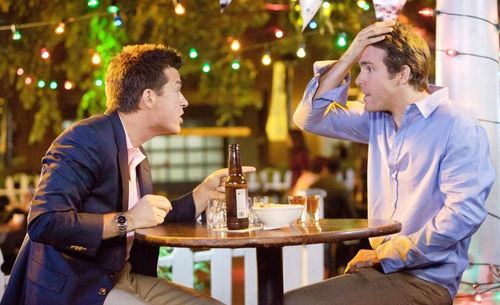 Thanks to various works from Judd Apatow and the smash success of “The Hangover,” the summer of 2011 has played host to a resurgence of hard R-rated comedies, each sharing the same improvisational DNA while declining a cheery spirit of punchline imagination, more content to primitively shock than organize surprises. While the bar was set low by the intolerable June belch, “Bad Teacher,” the body-swap extravaganza “The Change-Up” stumbles into August to claim its prize as the worst feature of the new batch.

A stressed out lawyer with three kids and a troubled wife (Leslie Mann), David (Jason Bateman) is losing his sense of sanity, looking forward to a game night outing with his stoner, deadbeat pal Mitch (Ryan Reynolds) to clear his head. As the two share stories from their miserable existences while urinating into a fountain, a mystical force grants their wish to trade lives. Waking up the next morning, Mitch and Dave find themselves in possession of new bodies and strange days, forcing the boys to maintain appearances while they hunt for the cursed fountain. For Dave, life as a womanizer and failed actor provides the freedom he’s always dreamed of, while Mitch discovers unrelenting responsibility he wants no part of, while tempted by his assistant, Sabrina (Olivia Wilde).

In the opening five minutes of this motion picture, family stooge Dave, tasked with changing the diapers of his particularly active infant twins, finds himself on the receiving end of a goopy fecal matter spray, which lands primarily inside his inexplicably wide open mouth. Dear readers, welcome to the world of “The Change-Up.”

Back in the late 1980s, body-switching features were all the rage, handing the likes of Tom Hanks, Judge Reinhold, and Dudley Moore the opportunity to stomp around like a kid in broad comedies of varied box office approval. To reinvent the concept for today’s audiences, “The Change-Up” elects a smuttier path, ditching the man/boy premise to observe two thirtysomething dudes with particular maturity issues exchange identities for 110 minutes, submitting trendy displays of crass, excessively profane humor (dusted with anti-Semitism) to make a name for itself in a crowded field of puerile comedies. Rejuvenated innocence is punted out of the nearest window, folks, so we can observe noteworthy moments such as slacker Mitch discovering the joys of public hair removal, or uptight Dave, who’s forced to anally penetrate a stranger with his finger while acting on a softcore porn set.

Did I forget to mention how the film opens with Dave swallowing a blast of baby poop? 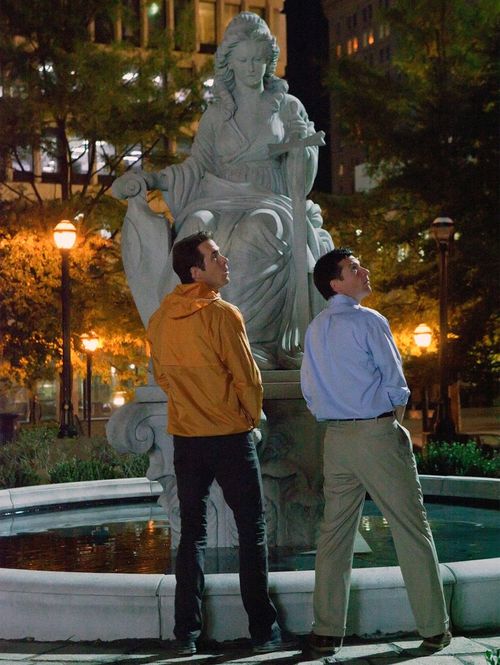 There’s not a laugh to be found in this repellent picture, sluggishly directed by David Dobkin, who hit it big with 2005’s “Wedding Crashers” and seems to be particularly interested in replicating that distinct blockbuster moment, overstuffing “The Change-Up” with crude activities. The formulaic shenanigans register with an unsettlingly angry tone here, especially anything vomited forth from Bateman, who’s had his performance brake lines slashed, portraying Mitch’s juvenile velocity with a torrent of foul language and exasperated close-ups. The film is persistently aggressive, employing substandard CGI to escalate the tomfoolery with Dave’s destructive infants (they fling knives and lick electricity outlets) or leaving Mann with absolutely nothing to do besides supply endlessly dopey slack-jawed reactions to infuriating antics that should plausibly elicit rage. She deserves better, as do Reynolds, Wilde, and Bateman.

“The Change-Up” pushes unexpectedly hard with its vulgarity, insisting bodily function humor is heavenly. Dumb comedy is one thing (a beautiful thing), yet this picture is addicted to infantile, grotesque behavior, arranged with the least amount of effort from screenwriters Jon Lucas and Scott Moore. Perhaps the concept of fountain urination as the catalyst for the body swap tuckered these guys out early in the writing process. Hollywood can only take so much creative genius. 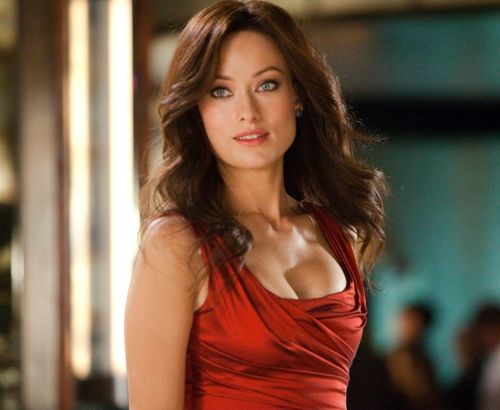 If the film wasn’t unappealing enough, the production aims to introduce Apatowian elements by forcing a heart into a picture that commences with the ingestion of infant excrement. Yes, we’re expected to care about Dave and Mitch as they grow into enlightened men, combating daddy (Alan Arkin appears as Mitch’s estranged father) and domestic issues with sitcom resolve, making the feature feel about five years long as Dobkin laboriously reinforces obvious resolutions and phony scenes of contentment. The effort is as artificial as can be, messily sandwiched between displays of anal-based liberation and Bateman’s insufferably salted speeches.

“The Change-Up” seems to find itself enchantingly mischievous, but brazen desperation chokes the life out of every screen element. It’s a lousy, vacant, hostile creation. 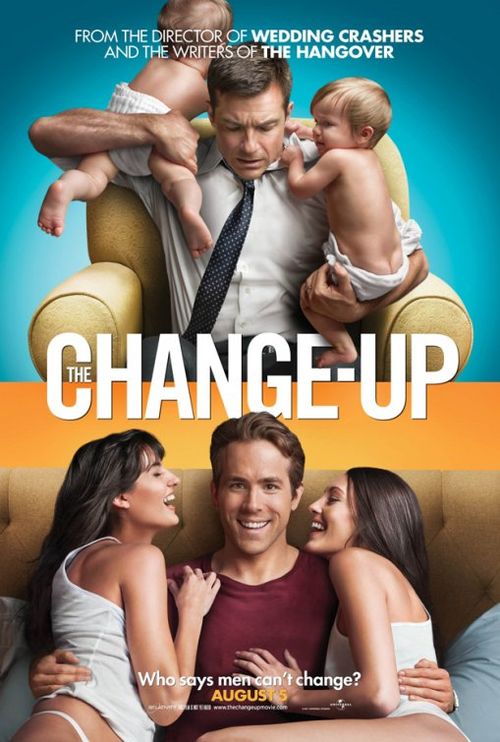