Film Review - Swinging with the Finkels 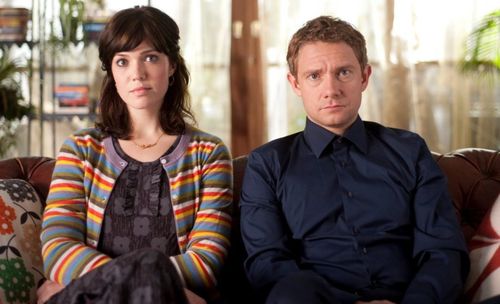 Admittedly, marriage can be difficult. The comedy “Swinging with the Finkels” makes it look absolutely unpleasant. A half-baked ode to the challenges of sustaining marital sex, the picture makes all the wrong moves, somehow believing it’s forming some type of poignant comment on the complexity of commitment. Instead, it’s an occasionally loathsome sitcom starring two miscast leads doing their chipper best to make this malarkey profound.

Facing a dry spell in their marriage, Sarah (Mandy Moore) and Alvin (Martin Freeman, who should look into getting a new agent) have stopped having intercourse, nervous their lack of bedroom antics reveal a fracture in their union. Looking up and down for ways to cure their ills, the couple turns to the wild world of swinging as a way to spice up their sex life. After an awkward encounter with another couple, the two walk away disturbed, unsure if they’re meant to spend the rest of their lives together. Not helping matters are their married friends (Melissa George and Jonathan Silverman), who are also facing a domestic crisis that appears irreparable. 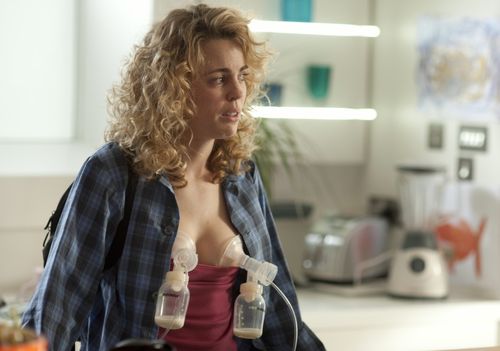 As an example of the “Finkels” sense of humor, consider this scene: Sarah, having been informed about the wonders of masturbation with vegetables by her girlfriends, kicks back in her bedroom with a little wine, lube, and a photo of James Dean on her nightstand. Commencing the considerable veggie penetration (a cucumber, for those playing at home), her purple moment of orgasmic glory is cut short by the arrival of her grandparents, who walk in on their little angel in the midst of pleasure. Sarah, understandably freaked, screams and clenches, shooting the cucumber out of her vagina and into her grandfather’s crotch, doubling him over in cross-eyed pain.

Writer/director Jonathan Newman endeavors to examine the trials of marriage with “Finkels,” focusing on the breakdown of lovemaking, which quickly leads to the erosion of communication. Fodder for numerous movies and television programs, the curve here is the partner swap, a surefire cure-all meant to nudge Sarah and Alvin back into the groove. Actually, the swinging sequence is the lone highlight of this dreadful comedy, capturing the discomfort that comes along with playing with strangers, making good use of Freeman’s gift for communicating embarrassment, while Moore gets a rare shot to play a sexual adult onscreen. For an instant, “Finkels” captures a sliver of authenticity in the midst of punishing formula. Blink and you’ll miss it. 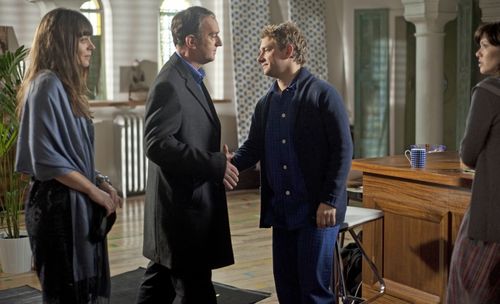 The rest of the picture mixes excruciating stabs at comedy and marital observations with astonishingly unpleasant scenes, including a gem where Silverman’s character endures a urethra swab during an STD test. Wow. At least the vulgar comedy offers a sense of shock to compute. The rest of the material is pulp, rehashing old battle of the sexes arguments and parading around lispy homosexual stereotypes (the film is a little racist too), while trying to make viewers believe that Freeman and Moore share some form of soulful screen chemistry. It’s a strange pairing, with Alvin looking more like Sarah’s father than her lifelong lover.

If a genuine sense of humor was there, “Finkels” would’ve been palatable, perhaps enlightening. Instead, Newman habitually stages clichéd encounters, rendering the material useless. The filmmaker demands his audience fall in love with these two, to root for their tattered marriage. It’s an impossible task with such an obnoxious, unfunny movie. 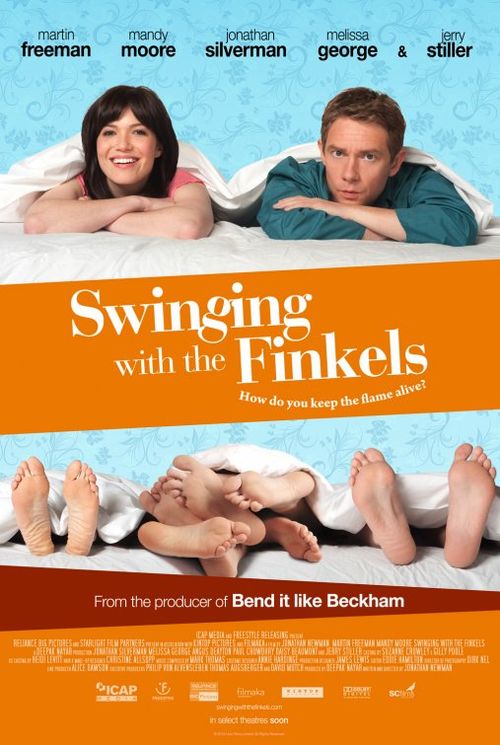