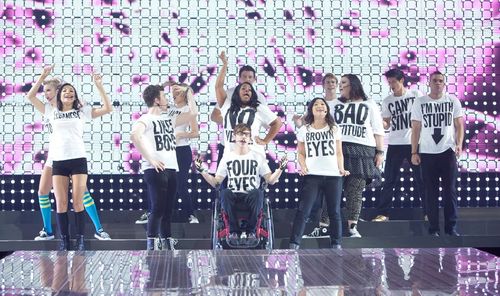 Full disclosure: I’ve never seen a single episode of the Fox television smash “Glee.” I know frighteningly little about the series; however, after viewing “Glee: The 3D Concert Movie,” I’m now extremely curious about the program. At the very least, I’d like to see how the show continues on now that Charlie Sheen has been fired.

Captured this very summer in New Jersey, the performance film surveys the grand staging of the “Glee Live! In Concert!” tour that took the world by storm over the last year. Reuniting most of the cast on stage, the picture provides a loose approximation of the arena show, deploying 3D and generous close-ups from director Kevin Tancharoen to bring the party into the multiplex, where these “Gleeks” can go crazy watching beloved actors remain in-character while belting out cover tunes spanning the last 50 years of pop music. Styled in the same vein as 3D feature efforts from Miley Cyrus, The Jonas Brothers, and Justin Bieber, this concert movie is perfectly content to provide the adolescent razzle-dazzle for eager fanatics, though this incarnation of “Glee” isn’t always about stagebound antics. 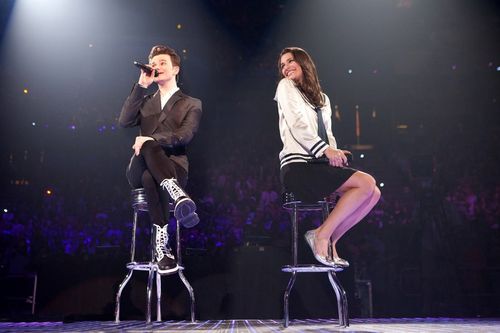 Positioned throughout the picture are fan testimonials focusing on how “Glee” changed their lives. We meet a teen dwarf who enjoys her life as a cheerleader, a withdrawn girl who discovered social confidence through the show, and a gay teenager who learned to accept himself after suffering a shot of junior high humiliation. While already an extended commercial for “Glee,” the film fits the program for a neon halo, slathering on the life-changing adulation, suggesting the show to be some type of diversified cure-all for the world’s ills. Who am I to disagree with such results? Nevertheless, the producers lay the sanctity on thick, breaking up the concert action to pat itself on the back with nauseating repetition.

Back onstage, “Glee 3D” finds its footing as pure entertainment, displaying a mix of actors and singers selling the stuffing out of well-known songs. Of particular note is Lea Michele, a Broadway-trained performer who knows how work a crowd, fronting many of the show’s numbers. She’s a gifted singer with a smooth voice, shining bright as “Rachel” channels Barbra Streisand, delivering a spirited rendition of “Don’t Rain On My Parade.” Also enormously impressive is Heather Morris, who takes center stage with Britney Spears’s “I’m a Slave 4 U” (adding some sex appeal for the matinee dad crowds), while showing some righteous dance moves as she boogies winningly through several of the numbers, creating a boisterous screen energy her co-stars are unable to equal. 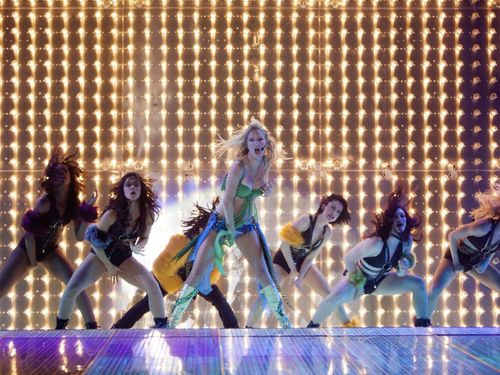 Less enchanting is a bizarre number featuring Kevin McHale, who plays paraplegic songbird Artie. I don’t doubt McHale’s talents, but the artistic decision to have the wheelchair-bound character leap to his feet and dance up a storm. With critical context missing, the moment registers as fantastically tasteless. At the very least, it doesn’t quite belong in the movie line-up, lacking dramatic finesse for an incredibly sensitive moment of, I believe, fantasy.

The music of Journey, Katy Perry, Phil Spector, Queen, and Pink is handed the “Glee 3D” makeover, offering a jubilant set list packed tight with hits, making use of a majority of the ensemble (oddly, Jane Lynch is absent) and a surprise guest star. The party atmosphere is infectious, I assume downright ravenous for devotees finally allowed front-row access to their television heroes. It’s a thin feature, but undeniably entertaining, providing the fanbase with the colorful, boppy good time they’ve been longing for during the summer hiatus. 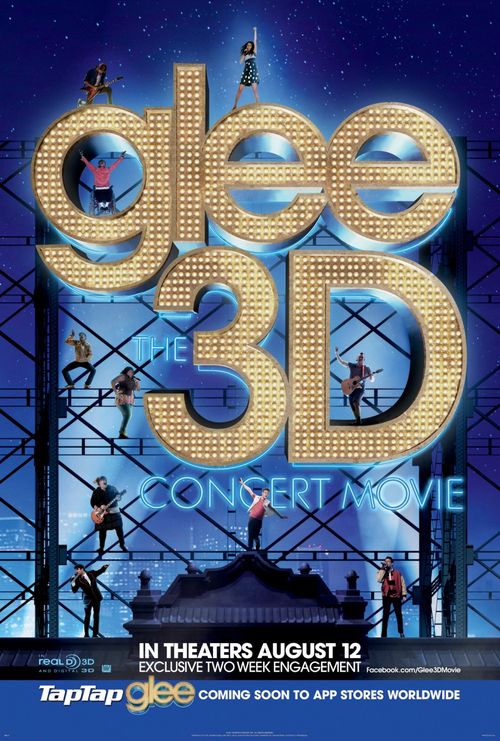