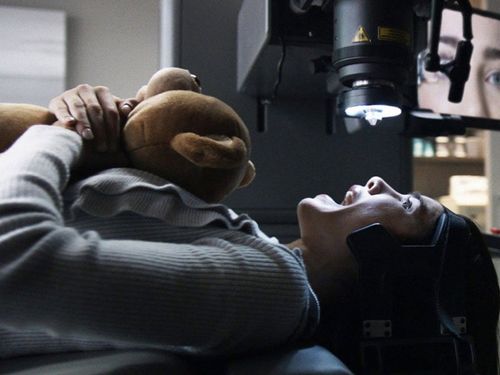 The last sequel was titled “The Final Destination,” but clearly New Line Cinema is run by a bunch of sneaky little liars. Thanks to a 3D boost at the box office and renewed interest in the slaughter of no-name actors, the franchise has been pulled out of retirement, revving up again with an all-new multi-dimensional gore show. While the thrill was officially snuffed out once the end credits rolled on the first “Final Destination,” that hasn’t stopped the producers from mounting a surprisingly snoozy fourth sequel.

On a tour bus heading to a corporate retreat with his co-workers, including friend Peter (Miles Fisher) and girlfriend Molly (Emma Bell), Sam (Nicholas D’Agosto) has a premonition about a terrible bridge collapse that kills most of the department. Freaking out, Sam clears the bus just in the nick of time, incurring the wrath of Death, who once again seeks out sophisticated ways to reclaim these lost souls. Learning of a way to cheat the murderous system, Sam instead looks to wait out his fate, leaving the rest of the gang in a state of panic, helplessly watching as they succumb to ghastly ends. 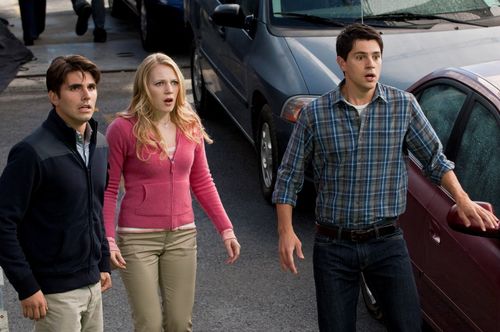 Feeling exasperated by a subpar “Final Destination” screenplay is a foolish endeavor, yet writer Eric Heisserer is barely making an effort with this latest installment. The saga of Sam and his leisurely drive to decode Death’s design while nursing a fractured relationship with Molly is the stuff of daytime soap operas, draining away sheer panic to make a play for poignancy, as if anyone watching a “Final Destination” movie is there for the sensitive drama. The wooden dialogue isn’t helped by the vanilla cast, who barely break a sweat while dodging sharp objects and leaping off crumbling bridges (a borderline tasteless invention considering the recent tragedy in Minnesota). It’s not the most gifted troupe of actors, but it would be difficult for anyone to make Heisserer’s flabby melodrama stand up and shout.

Obviously, the stars of the show are the intricate murder sequences, with “Final Destination 5” doing an acceptable job digging up ways to encourage visceral audience reactions as the gang suffers mishaps with acupuncture needles, gymnastic equipment, and loose screws. Ouch. There’s even an extended, nightmarish encounter inside a LASIK treatment center that should kill off general interest in the procedure for the next few weeks. 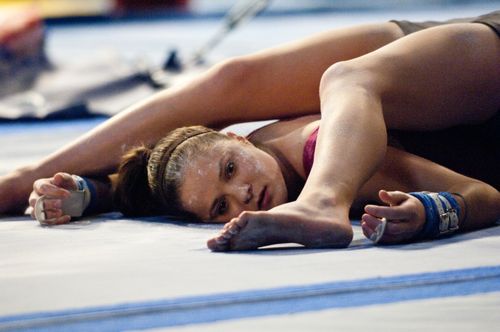 Director Steven Quale successfully stages the bloody choreography, assisted by splendid CGI work and stunningly crisp 3D cinematography; however, the macabre energy is decidedly lacking for this outing. A few inventive shocks are scattered throughout, but the rest is unremarkable madness, punctuated with a thriller-style conclusion that resembles another movie altogether. If a death doesn’t feature completely implausible acts of mechanical failure and cartoonish positioning of destructive appliances, it doesn’t belong here. Take that lunatic-with-a-gun crap to basic cable.

Without giving too much away, this picture might actually be the final “Destination,” concluding with a YouTube-style video montage of all the series kills, set to an AC/DC tune. It’s a bizarre victory lap for a franchise that’s come in 10th place in terms of extraordinary genre achievements. However, it’s an offering of closure, which is comforting and sorely needed after this unexpectedly inert sequel wheezes to the finish line. 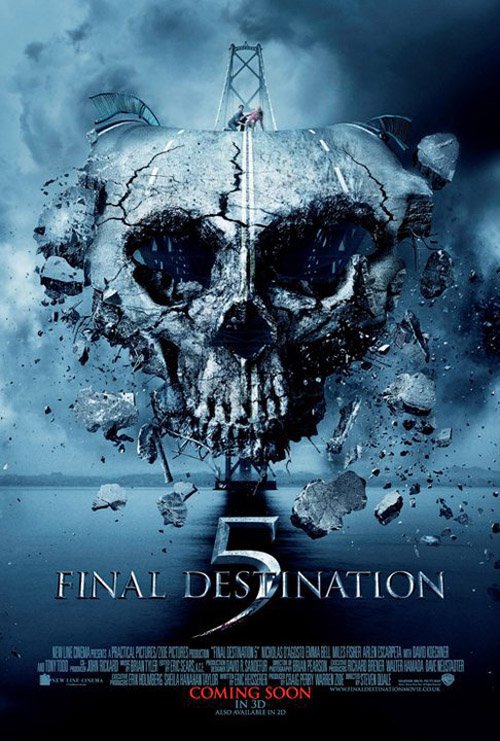