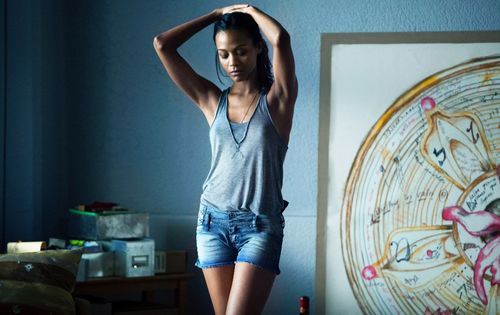 The Luc Besson action machine revs up again with “Colombiana,” a female-driven shoot-em-up that never feels particularly organized or inspired. A few sequences based purely on visual appeal shine, but the rest is a heated jumble of emotional breakdowns and assassination games. It’s not quite up to the popcorn-gobbling standards Besson is usually known for.

As a child in Colombia, Cataleya (Zoe Saldana) witnessed the murder of her father at the hands of a ruthless criminal kingpin. Sneaking away to America, the young girl finds shelter with her uncle Emilio (Cliff Curtis, doing much with very little), requesting the thuggish man train her in the art of murder. Developed into a highly efficient assassin, Cataleya takes on odd jobs, using the murders as calling cards, aiming to rattle Colombian cages. With the F.B.I. (Lennie James, adding snap to the procedural norm) on her tail and a lover (an infuriatingly milquetoast Michael Vartan) looking to comprehend her immense pain, Cataleya finds herself exposed for the first time in her life, relying on her killer instincts to help avoid detection and slaughter those directly responsible for the monster she’s become. 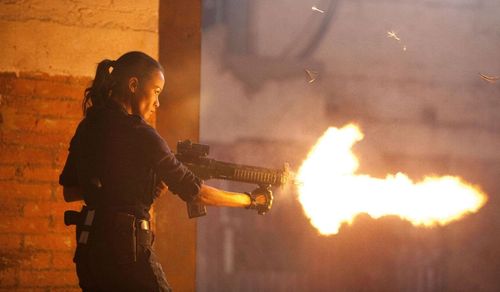 Co-written (with partner Robert Mark Kamen) and produced by filmmaker Besson (“The Fifth Element,” “Leon,” “La Femme Nikita”), “Colombiana” is another contribution of preposterous violence from the French creator, who’s spent the majority of his career cranking out scripts for highly entertaining nonsense (“Taken,” “The Transporter,” “District B13”). His latest is a particular head-scratcher, though the producer has hired actress Zoe Saldana to help ease attention away from the plot holes, absurd behavior, and random incidents. Playing up her sleek frame and hard features (while keeping her in and out of tight clothes throughout the PG-13 movie), “Colombiana” is focused primarily on the sex appeal of the actress, trusting that particular feminine posture will distract from a wobbly picture that consists of a series of vicious sketches bound together by a vague interest in revenge.

The director is Olivier Megaton, who previously worked with Besson in the fantastically disappointing “Transporter 3.” The filmmaker knows plenty about gunfire and explosions, but I’ve yet to perceive any authentic vision for exhilarating screen chaos from this helmer, who prefers a blizzard of edits to extended action choreography. There’s little legitimate plot to “Colombiana,” with most of the movie dedicated to extended elimination sequences, offering viewers a chance to observe the cat-like Cataleya at work, where she utilizes superhuman acts of stealth to slaughter her targets. This woman laughs at security cameras, locked doors, and men with guns. Megaton is at ease staging the invasion sequences, holding tight on Saldana as she slips around the dark, slamming around innocents and offing nondescript baddies. Also enticing is the rich cinematography, with a few compound showdowns (one involving a Bernie Madoff-type in possession of a shark tank) providing generous eye candy. 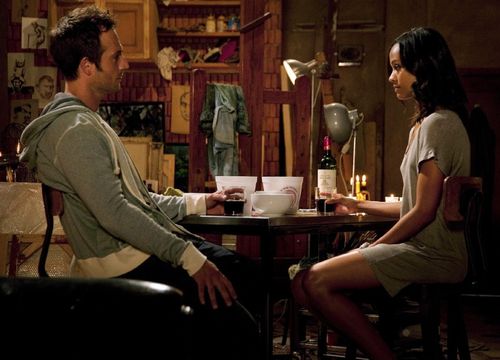 Megaton shows less skill with the interpersonal relationships motivating and confusing Cataleya. Besson and Kamen provide rough outlines of human connections for the character to resist, be it family or her lover -- distractions that keep the killer from her endgame of vengeance. Unfortunately, there’s no actual essence to the unions, just loose portrayals of confusion and disgust. It’s a thin movie, always ridiculous (a few scenes make no sense), but there are moments where Megaton appears to be initiating sympathy for Cataleya, he’s just incapable of blending those fragile interactions into the rhythm of the film. Saldana’s overacting doesn’t help, but she’s trying to make the personal elements memorable. It’s a pity the director doesn’t possess the skills to make these scenes count.

“Colombiana” is trashy at times, static others. It’s only a mediocre film capable of more appealing complications than a snoozy run of frustrated feds and bland boyfriends with broken hearts. Saldana makes for an attractive heroine, but she’s going to need a better script and a gifted director if Cataleya is ever called back into duty. Knowing Besson, she will be. 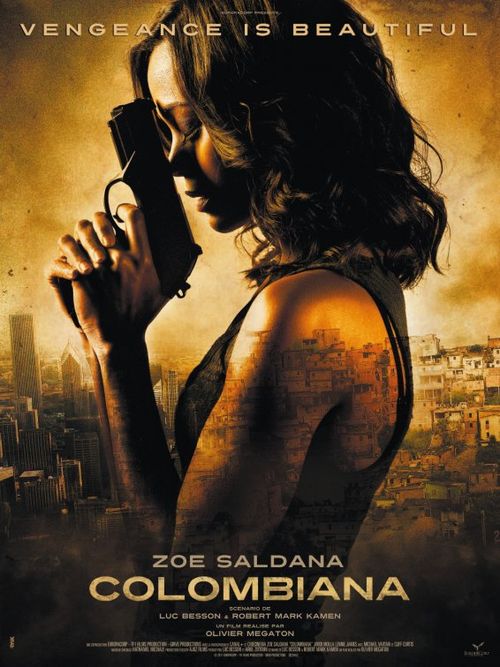