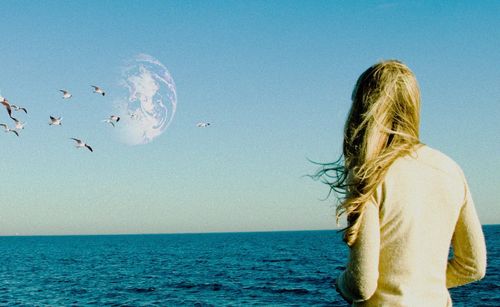 Bound by guilt after killing three people during a drunk driving accident as a teen, Rhoda (Brit Marling) has been released from prison, finding herself depressed and directionless. In the sky, another planet Earth has materialized, raising intense question and debate in scientific circles, also piquing Rhoda’s neglected interest in astrophysics. Looking to apologize to John (William Mapother), the lone survivor of the accident, Rhoda instead loses her nerve, passing herself off as a maid with interest in cleaning up the broken man’s home. With work comes intimacy, and Rhoda and John are soon pulled together, sharing stories and secrets while the rest of the world waits for Earth 2 to make contact.

What “Another Earth” accomplishes with a monumentally low budget is impressive, creating a world ominously parked next to similar world, generating a feeling of curiosity and hesitation as scientific leaders prepare to communicate with Earth’s mirror image. It’s a stimulating sci-fi concept that could’ve assumed command of the entire picture, rattling minds with a suspenseful portrait of the intergalactic unknown.

Instead of tension, co-writer/editor/cinematographer/director/producer Mike Cahill selects a waltz with depression, creating a film built almost entirely out of thousand-yard stares and dreary monologues. The true dramatic drive of the movie is found with Rhoda, who’s fresh out of prison and frozen with remorse, attempting to figure out a way to peacefully live life after causing such tragedy, resulting in a suicide attempt and an intentionally isolating job as a high school custodian. She’s a bright young woman cocooned in depression, with John the only logical outlet for her worry. It’s this story of tentative friendship and burgeoning love that take up the majority of Cahill’s attention. 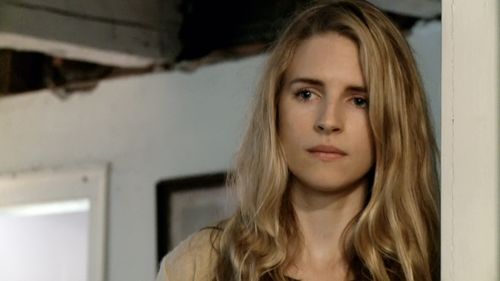 “Another Earth” was captured with crude HD cameras, often doing more harm than good. Fancying himself a Terrence Malick type, Cahill deploys a wandering lens, stealing moments of behavior and atmosphere to make up the majority of the viewing experience, encouraging his actors to improvise their tentative interactions. Without a dynamic visual posture, “Another Earth” continually reveals its artificiality, with the flat, insecure cinematography pulling the mystery out of the premise. The unsophisticated lensing also cripples the performances, with Mapother and Marling doing their best to come across tortured and vulnerable, only to have their emotions rendered useless by Cahill’s showy staging, which often resembles a glorified audition tape. Rhoda and John aren’t exactly compelling characters to begin with, but instead of infusing the feature with a mournful core of confession, the pairing reinforces the clunky frigidity of the whole endeavor.

While a few terrific scenes surrounding the mysterious inhabitants of Earth 2 remain in the movie, “Another Earth” settles on rather pedestrian developments of love between the leads, even hitting a break-up-to-make-up finale of painful convention that seems contradictory to such an enigmatic indie endeavor. As a poem to the fragility of human nature, the picture doesn’t have the gas to explore such profound disillusionment. As a sci-fi-flavored fantasy about self-discovery, there’s not enough money to see the concept to completion. Instead, “Another Earth” wanders to a maddening middle, utterly satisfied to offer viewers so little to work with. 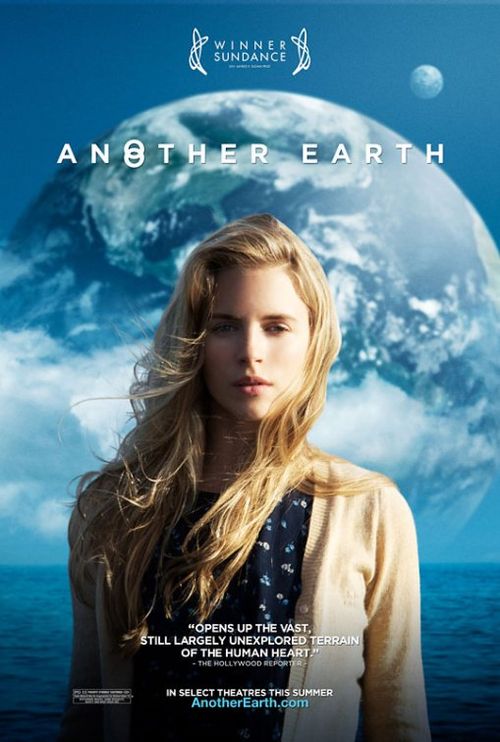 sad to hear you didn't like the film. i was looking forward to it.