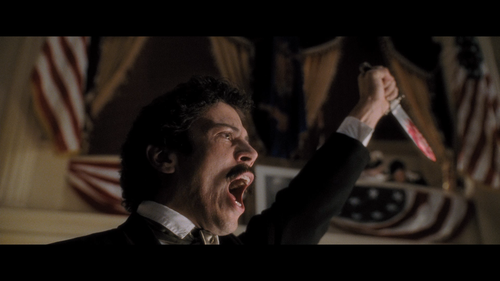 “The Conspirator” is a sumptuously shot depiction of a lesser-known moment in history. Taking place after President Lincoln’s assassination in 1865, the picture seeks to recreate hysteria and shady political dealings during a time of nationwide turbulence. Unfortunately, instead of mounting a crushing procedural picture filled with facts and figures, director Robert Redford elects for a more melodramatic route, turning all the accusations and disgust into a wobbly drama of limited emotional impact.

After the death of Abraham Lincoln and his assassin, John Wilkes Booth, America was searching for a scapegoat to absorb the blame for such a significant tragedy. Enter Mary Surratt (Robin Wright), a meek southern landlord whose son played a key role in Booth’s plan, though she refuses to substantiate the accusation. Placed on trial along with several other suspects in the conspiracy (including Norman Reedus), Surratt finds hope in Fredrick Aiken (James McAvoy), a reluctant lawyer tasked with proving her innocence, despite his northern background and belief in her guilt. Embarking on a viciously tainted trial, Aiken searches for clues and weaknesses to help his case, facing a government (including Kevin Kline as Edwin Stanton) that desperately wants Surratt hanged for her crimes, doing whatever it can to stymie Aiken’s efforts. 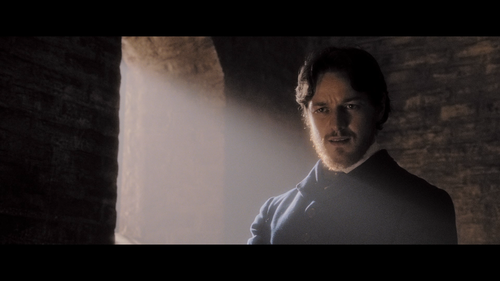 The greatest achievement of “The Conspirator” is how masterfully it evokes the era, with the film capturing unsettled American life during the death rattle of the Civil War. When the screenplay by James D. Solomon isn’t toying with courtroom theatrics, it creates a palpable sense of disorder to backdrop the trial. With Union and Confederate tensions in the air and a governmental shift in place to cover for Lincoln’s loss, the film is perhaps most secure bringing viewers into that combustible national uncertainty. The picture is also expertly lensed by Newton Thomas Sigel, who bathes the images in sepia and sunlight, creating a rich period look that helps to buy the performances and the costume party ambiance. The feature encourages a thorough screen examination, setting an arresting visual tone that Redford often has trouble supporting dramatically.

Surratt’s tale isn’t the most momentous collection of frustrated legal affairs, with a dry routine of testimonial sequences and jail cell confessions driving much of the picture. The script tends to monologue instead of blast away with revelations and churning positions of doubt, eroding the tension of the story the longer Redford draws everything out. These are respectable performances from talented actors, yet “The Conspirator” never gets up to full gallop, despite heated subplots concerning governmental efforts to thwart Aiken’s legal efforts through intimidation and deception. Surely, some old-fashioned paranoia could jolt the movie awake? No such luck, with Redford fixated on pained reactions and aching Aiken exhales, not a developing sense of suspense. 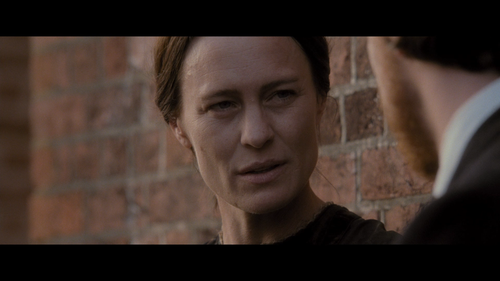 The AVC encoded image (2.40:1 aspect ratio) presentation is frightfully specific, employing a saturated period look that might register as overly soft. The sepia tone appearance is consistent and purposeful, giving the film a unique look without sacrificing some minor displays of color, often from the ornate costumes. Clarity wavers with dramatic intent, but the primary facial and design elements retain interesting textures, also supplying a heavy feel for grain. Shadow detail is thick but satisfactory, again feeding into the old timey visual design of the picture.

The 5.1 DTS-HD sound mix presents the picture’s period atmosphere with ease, leading with a hollow sound of wood flooring and tight spaces, while feeling out the group dynamic with a mildly circular handle on weighty voices. Larger acts of violence and disruption are well portioned throughout the surrounds, also presenting scoring cues with a soft push that underlines dramatic intent. It’s a film made up of big voices, which carry well here, captured in a modest, but effective track. 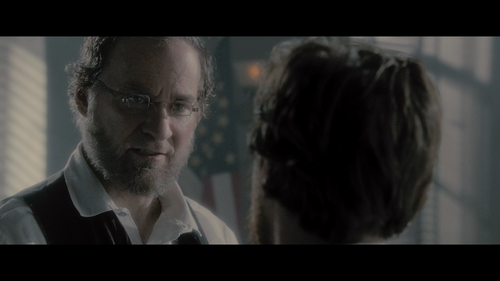 The feature-length audio commentary with director Robert Redford is extremely laid back, with the filmmaker choosing his words and points of discussion carefully. It’s barely scene-specific, more interested in talking though ideas on performance and politics, occasionally touching on the historical background of the script. Dead spots are plenty but there’s enough here to pass, especially when Redford touches upon technical challenges and production setbacks. The commentary can also be viewed with a PIP video track, displaying a weary Redford as he watches the movie with the viewer.

“The Conspirator: The Plot to Kill Lincoln” (66:03) takes a documentary approach to the Mary Surratt story, using interviews with experts and photographic evidence to recount the events following the assassination. Covering the same ground with an academic approach, the documentary is interesting, if lacking in suspense.

“Making Of” (10:04) assumes a more promotional approach, using interviews with cast and crew to investigate character motivations and design efforts, complied into a slick featurette broken up by film clips and BTS footage.

“The American Film Company” (:51) is a commercial for the producers, who seek to realistically tell stories from America’s past.

“Witness History Featurettes” (41:03) are brief moments of promotion and historical investigation, using interviews with historians to reinforce the film’s authenticity.

“Photo Gallery” (8:15) collects images from the shoot, both promotional and on-set snaps, also offering comparison shots with the actors and their real-life counterparts.

Two T.V. Spots and a Theatrical Trailer have been included. 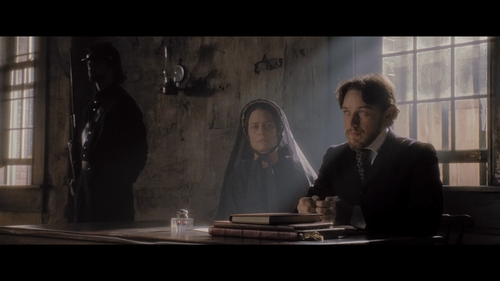 Twists are here, along with the heart-stopping thrill of last minute legal filings. Despite the anguish of Surratt’s long march to the hangman’s noose, “The Conspirator” seems too cautious and fragile to give the matter the emphasis it deserves. Instead of recreating history with fantastic cinematic sway, the feature feels like thumbing through a textbook where the pictures are the only highlight. 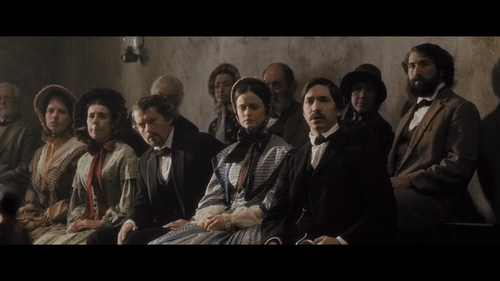 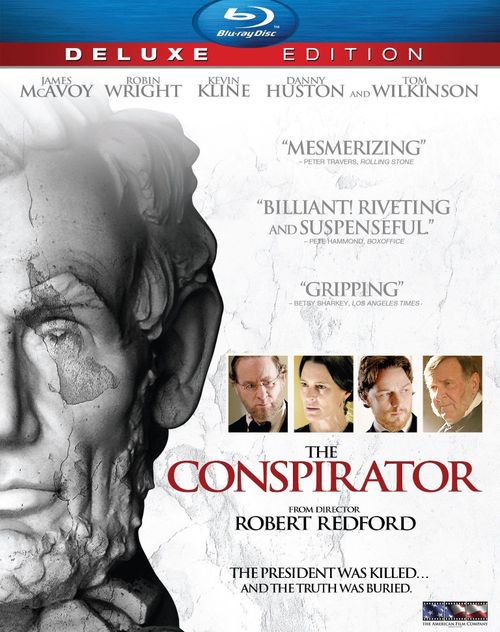