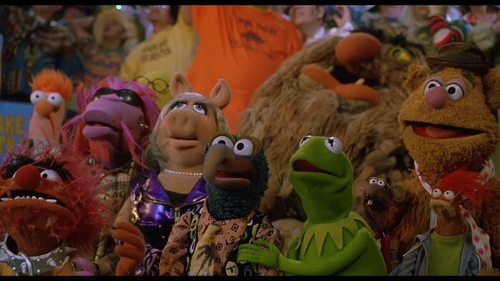 Out of all the Muppet features produced since 1979, I would rank “Muppets from Space” as the least effective of the bunch. It’s not an easy decision, since the picture features numerous gut-busting one-liners and a general Muppet anarchy that’s satisfying. It’s a fine motion picture, yet in terms of Jim Henson-style wonderment and overall cleverness, “Muppets from Space” comes up short. It’s entertaining enough, but lacks the magic the Muppets are so skilled at summoning.

Gonzo (performed by Dave Goelz) has found himself struggling with his identity, taking time to fret over his origins, fearful he’ll always be labeled a “whatever.” When an alien civilization attempts to communicate with the depressed blue daredevil, Gonzo is puzzled, driven to comprehend this mysterious development. Also taking interest is K. Edgar Singer (Jeffrey Tambor), a member of a covert government force dedicated to investigating alien incidents. With all signs pointing to contact, Gonzo takes off to meet his own kind, while Kermit (Steve Whitmire) and the rest of the Muppets head off to support their pal, called in to rescue the long-beaked one when Singer brings him in for intense questioning. 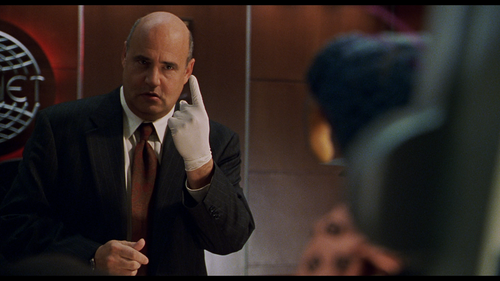 There’s an absence of inspiration floating around “Muppet from Space” that director Tim Hill (“Alvin and the Chipmunks”) can’t seem to suppress. It’s a flat Muppet feature with an exciting premise, handing Gonzo a rare opportunity to hog the spotlight, giving him a poignant story of belonging that seems ripe for a meticulous investigation. Instead, the picture is a mishmash of dark and light moods (with a dash of hallucinatory imagery) struggling to squeeze humor out of pedestrian situations, supported by a soundtrack of funk hits from the 1970s that’s just completely wrong on all levels. The tunes fit as comfortably as a cable knit sweater in July, creating a crater in the picture where a thoughtful run of musical numbers should rightfully be.

There’s a gloominess to “Muppets from Space” that’s disconcerting. While Gonzo’s story is remote enough, dealing with existential concern and violent outbursts from Singer (Tambor is miscast here as a frustrated threat), the script heads in a few puzzling directions, namely Rizzo (Whitmire) and his adventures as a tortured lab rat trapped in a cage. The Muppet antics are blissfully manic and humorous, yet a few turns add a slight cruelty that invites disinterest. Nothing’s overtly violent, but the typical Muppet mayhem is slightly barbed for this outing, which doesn’t mesh well with climatic plays for an emotional attachment. 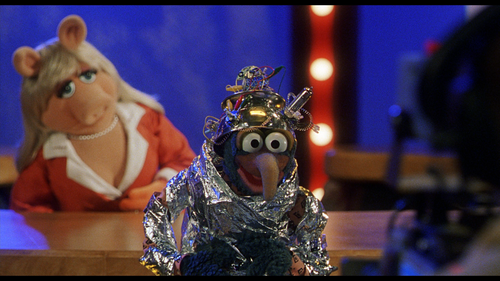 Making beautiful music together are the Muppet performers, with this 1999 film merging the classic line-up with personalities from the short-lived ABC program “Muppets Tonight.” Emerging from the occasionally awkward pile-up unscathed are Pepe the Prawn (Bill Baretta), a sublime addition to the Muppet ranks okay, and Bobo the Bear (also Baretta), who portrays Singer’s bumbling right-hand man (“The goat?”). While familiar faces are pushed to the background for this adventure (Kermit and Fozzie Bear basically cameo), the new generation of Muppets contribute genuinely hilarious moments to the dry feature, establishing an unusual vibe to the proceedings.

Also of interest are displays of late ‘90’s pop culture influences, including a running joke with Rizzo and his love for the girl group “Mice Girls,” “Independence Day” and “Shawshank Redemption” parodies, and various appearances from stars of the decade, including a pre-surgery Kathy Griffin, “Hollywood” Hulk Hogan, and Joshua Jackson and Katie Holmes, here reprising their “Dawson’s Creek” roles. Nostalgia fanatics will have a blast with many of these cameos. 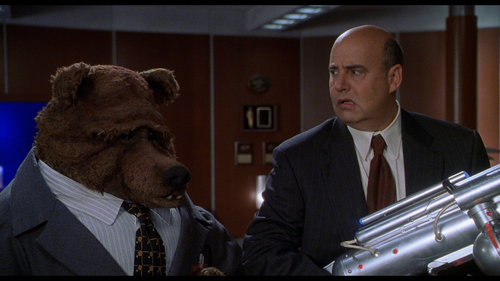 The AVC encoded image (1.85:1 aspect ratio) presentation reveals a consistent pattern of black crush, diluting overall detail. Poor Bobo the Bear gets it the worst, with the character’s dark eyes barely visible during select moments. Colors are in wonderful shape overall, with HD boosting the vibrancy of the hues, capturing the natural appearances of the Muppet creations, while detail on the felt and assorted costumes is quite strong, approach familiar faces with a whole new degree of texture. Also intriguing is the picture’s use of still frames when all characters have exited the scene -- a HD revelation I’ve never noticed before. The Blu-ray is not a remarkable viewing event, but something satisfactory that makes the Muppets stand out.

The 5.1 DTS-HD sound mix doesn’t dig into the thumpy, funky mood as expected, keeping away from overt low-end appeal. Soundtrack selections are crisp and clean, perhaps a little overpowering at times, stepping on a few lines of dialogue, while scoring is light but noticeable. Directionals are compelling for more slapstick encounters and intergalactic visitors, though the dialogue stays rigidly frontal, even with multiple characters competing for screen time. Voices sound strong, retaining personality. Danish, French, German, Portuguese, Russian, Spanish, and Swedish tracks are also available. 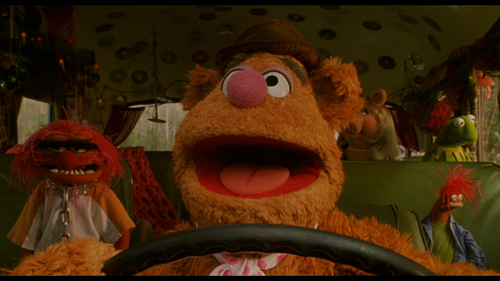 “Shining Star” (2:03) is a music video from The Dust Brothers featuring Jeymes.

A Teaser Trailer and Theatrical Trailer are included. 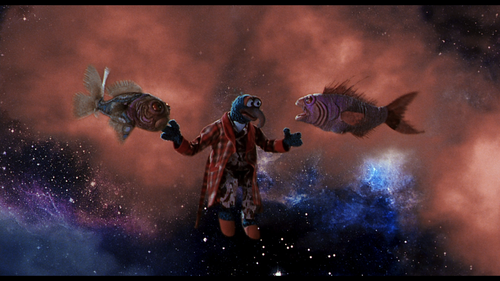 After an hour of amusing, occasionally uproarious shenanigans with Gonzo and his frantic friends, “Muppets from Space” dies an unnecessary death once the moment that pays off all the alien suggestion arrives. Subduing the comedy to stage some vibrant extraterrestrial pageantry, the movie loses focus, reaching for awe with a lackluster conclusion. A shame, really, but the climax is a harsh miscalculation that ends the film on an unsatisfying note. Despite the laughs it scores and the iconic characters it parades around, “Muppets from Space” is only a minor note in the franchise, proving once again just how badly Jim Henson’s careful leadership is missed. 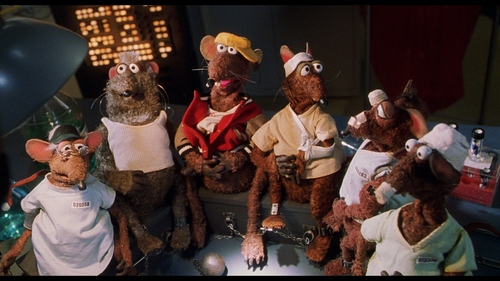 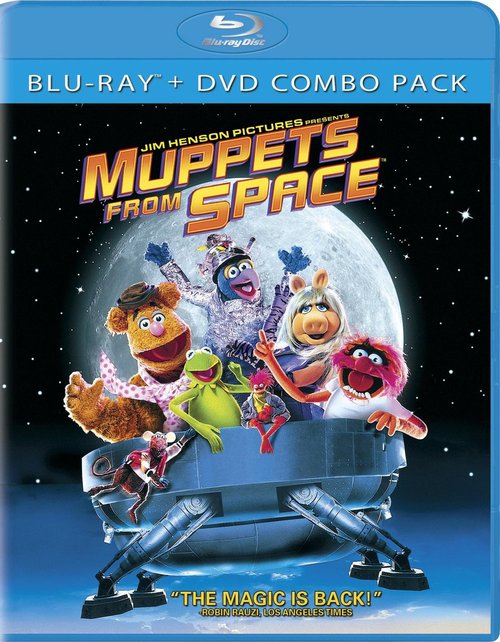