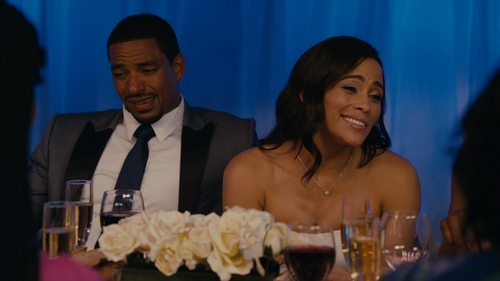 With Tyler Perry spending his precious time driving his most popular character into the ground to sustain a hold on African-American entertainment dollars, burgeoning movie mogul T.D. Jakes (“Not Easily Broken”) has selected a softer approach for entertainment dominance, taking on the trials of family and marriage with the charming feature, “Jumping the Broom.”

Hurriedly working into a stable union, Jason (Laz Alonso) is ready to marry Sabrina (Paula Patton, frantic but endearing), an eager bride-to-be tickled to finally find a functional relationship. Taking the event to Martha’s Vineyard and the home of Sabrina’s affluent family, Jason reveals some reluctance introducing his postal worker mother, Mrs. Taylor (Loretta Devine), and vocal Brooklyn clan (including Mike Epps and Tasha Smith) to his judgmental, sophisticated in-laws, Mrs. (Angela Bassett) and Mr. Watson (Brian Stokes Mitchell), and their assorted relatives and friends (including Romeo Miller and Meagan Good). As the weekend festivities commence, the families find difficulty bonding, with Mrs. Taylor furious about her initial exclusion, while Mrs. Watson deals with her husband’s possible infidelity and her troublemaker of a sister, Geneva (a wonderful Valarie Pettiford). 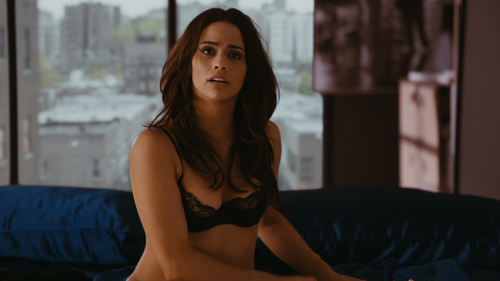 Making his feature film debut, director Salim Akil sets an early champagne mood for “Jumping the Broom” that disarms. Though the family feud antics eventually take command of the movie, the first act of the picture sets a tone of reflection and anticipation, set to warm soundtrack cues and inviting cinematography, easing the viewer into lives of the Watsons and Taylors, gently tugging at all the cultural difference that expand once the action settles in at Martha’s Vineyard. Bracing for the worst, I was elated to find Akil interested in establishing romance and personality before soaking the picture in abrasive comedy and melodrama, creating an invitation with the opening moments of the picture instead flicking lit matches at the viewer to make a swift impression.

The screenplay by Elizabeth Hunter and Arlene Gibbs contains a vast amount of supporting characters that all receive some form of attention throughout the film. The bustle of bodies creates an authentic community for Akil to organize, even extending to the help, with randy chefs (Gary Dourdan) and ethnically curious wedding planners (Julie Bowen) getting in on the action. It’s amusing to see the chaos of a wedding weekend in motion, but the script bites off more than it can chew, indulging nearly every actor with some form of subplot that takes attention away from the saga of Jason and Sabrina. The performances are jovial and emotional, some even effectively comical, and the sheer number of faces on display successfully articulates ideas on class warfare and familial jealousy. However, the distractions pile up quickly, with Akil often overwhelmed, losing his initial effortlessness to keep tabs on everyone, regardless of their overall importance to the plot. The script is overstuffed and intermittently random, watering down the drama as story unfolds. 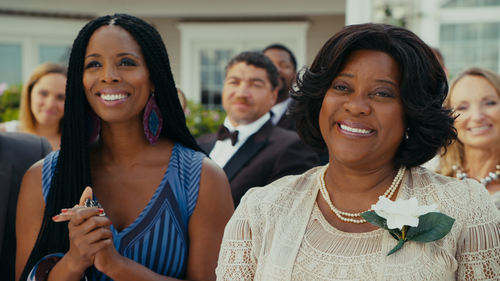 The 5.1 DTS-HD sound mix carries the comedic air superbly, making sense out of the overlapping dialogue and heated exchanges. Voices sound full and emotional, kept primarily frontal for the most of the action, with a few scenes spread around to achieve the group dynamic. Atmospherics are evocative with the presence of water and assorted exterior elements, while wedding merriment maintains a circular effort. Low-end isn’t pronounced, but it’s supportive at times, while scoring takes a key position, swelling when called upon, satisfactorily separated. DVS and French tracks are also available. 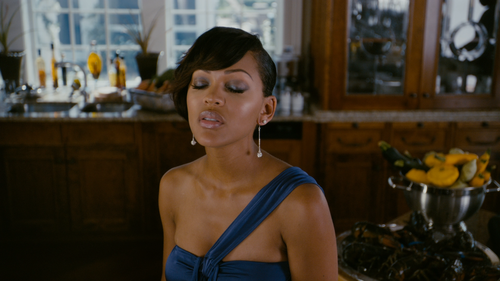 The feature-length audio commentary with director Salim Akil and actors Paula Patton and Laz Alonso sounds like three people who took a “Commentary 101” class before recording. It’s informative, exploring screen-specific events and daily filmmaking challenges, but it sounds a little forced at times, with the trio striving to avoid dead air by bringing up anything they can think of. A for effort, but the track is a little tiring (Patton is a ball of nervous energy) and self-conscious.

“You’re Invited” (23:41) is a standard making-of effort created for cable, highlighting interviews with cast and crew who explore the themes of the movie and their personal movitations. The conversations are impassioned and the BTS footage impressive, but the whole effort is too programmed to really illuminate.

“Honoring the Tradition of Jumping the Broom” (6:27) explores the history behind the titular event, which began life as a slave practice. Interviews chat up the emotional response to the obscure act and its profound meaning. 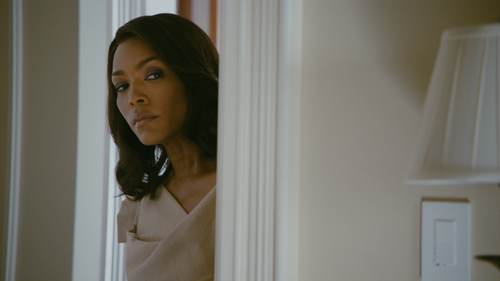 When focused on the main players, “Jumping the Broom” reveals a surprising sensitivity with the characters, pitching moments broadly but effectively, offering the gifted cast something substantial to work with. It’s a film concerned with matters of the heart and home, imparting the benefits of communication and patience, wrapped up in a wedding day disaster formula that’s easy to digest. “Jumping the Broom” is rough around the edges with a routine of race jokes and chest-thumping confrontations, but it keeps a humanity about it that’s appealing and respectful. 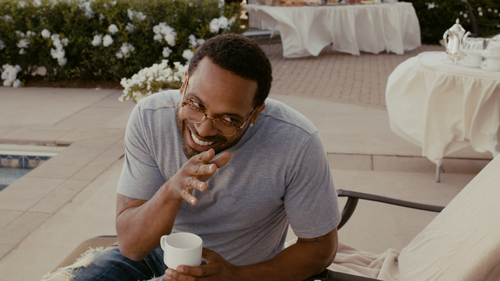 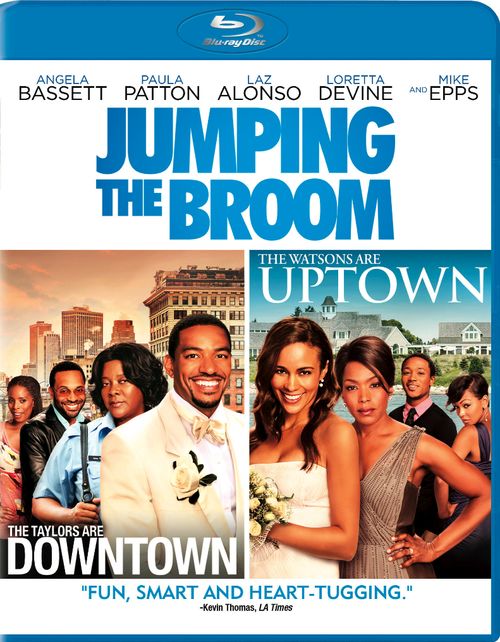