Q: Where did the idea for the documentary originate?

Andrew Rossi: I was developing a documentary for HBO called “Web 2.0,” following entrepreneurs starting web companies who were leveraging social media and very low overheads to create great companies that were a part of the utopian digital future. David Carr, who had a cameo in my last film, was interviewed about some of these folks I was following. It was the beginning of 2009, right when people were speculating that the New York Times could go out of business and the advertising market had collapsed. So this conversation with David, ostensibly about all the great things concerning digital technology, kept cycling back to the role of print media in that future. This light bulb went off and I asked David, “Well, what about a movie about you and the New York Times?” He thought it was a great idea and urged me to talk to his bosses about it. There was an expectation of rejection, but they didn’t. They were interested in talking to me, so it took six months of conversations and meetings. Ultimately, Bill Keller (Executive Editor of the paper) authorized the project.

Q: Was there something about the project that appealed to them?

Rossi: I think it was the simplicity of my approach. I tried to practice an observational documentary style in the verite tradition, to give viewers a front-row seat to what’s going on inside an institution that does original reporting and let viewers decided for themselves if what they see seems archaic or wasteful, or something that seems vital and needs to be protected. On those terms, Keller thought his journalists would equip themselves in a way that he would feel good about. It was the fact that I didn’t go in with an agenda. I went in saying “what’s going on here?”

Q: Was there any resistance from the journalists?

Rossi: Some. Unfortunately, of the 14 journalists that were on the media desk, two of them were women and both declined to participate. 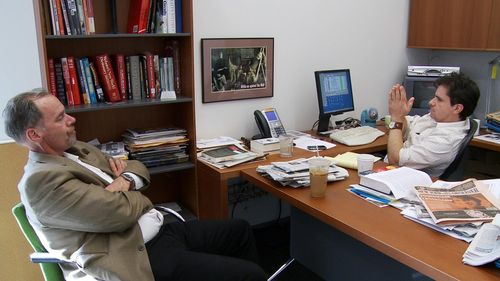 Rossi: My shooting was 14 months, it took six months before I shot anything, just meeting with people and working through a lot of bureaucracy.

Q: Was journalist David Carr singled out immediately as the lead of the film, or did he just come into view organically?

Rossi: I always felt that Carr had a cinematic breadth of emotional complexity. He’s someone that doesn’t accept nonsense from anyone as a result of living this “textured” life, which is a euphemism for having been a crack addict, gone to jail, raised twins on welfare as a single parent. He’s not someone weighed down by the conventions of how to behave. He’s an original thinker with a lot of insight into the media landscape, and he’s got an incredible sense of humor. That’s the kind of person who makes for great film. He was a great contrast to the preconceived notion of what a Times person acts like.

Q: The film provides a fair assessment of the paper’s mistakes. Was there any struggle to preserve these sequences?

Rossi: Not at all. The New York Times had no editorial control over the film, they couldn’t veto its contents.

Q: Being at a journalism conference, what has been the reaction to the film from the community?

Rossi: We had a screening last night. Carl Bernstein was there, Andrew Ross Sorkin from the Times. Many others. The atmosphere was much more subdued than the festivals we’ve played at. Festival audiences applaud during the film, they laugh out loud. There’s this real sense of it being a cathartic journey. The audience last night was gripped by the film. They seemed engaged but very quiet and I’m not sure what that is. Afterwards there was a reception, and people were effusive. I hope it wasn’t because they were drinking wine. When people see themselves and their own industry, there can be a little cognitive dissonance taking place. It requires time to process. 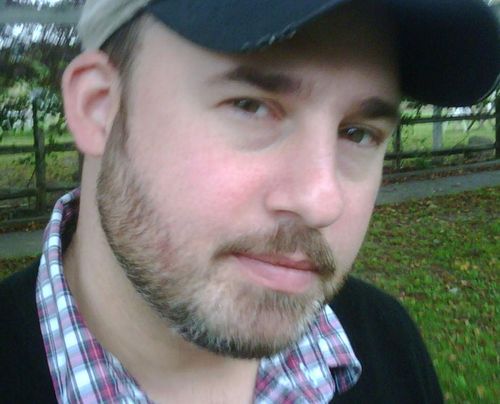 Q: In talking to the press on this tour, have you been offered stories about newspaper bankruptcies or people losing their jobs?

Rossi: It’s been interesting. We did press in Philadelphia this week and Los Angeles the week before, and I was heartened to hear from people who enjoyed the film, hearing how it resonated with them, mirroring their experiences. I talked to several people from the Tribune Company. Maybe it’s in the New York media landscape that it’s a more tangy experience.

Q: What’s the current mood of the industry?

Rossi: It seems to be much less apocalyptic than it was when I started shooting in November of 2009. There really was a sense of catastrophe at that time. The challenges that traditional media face have not gone away. First of all, many of those newspapers have already gone bankrupt and endured such extensive layoffs that you don’t see it in the news anymore. There’s a feeling that the bottom has been reached, but I would not speculate if that was the case or not.

Q: What would you like audiences not involved in journalism to take away from the film?

Rossi: The tagline for the movie is “Consider the Source” and Participant Media has developed a social action campaign around the themes of the movie. I would like viewers to consider the accuracy of news and information that’s accessible anywhere and consider the original data that’s contained in these stories, if they are the product of aggregation or feeds. Consider where that story came from. If that source is in peril, even if you’re reading it with a sexier headline, it might be worth your time to think of the work that should be valued, to not take these sources for granted. 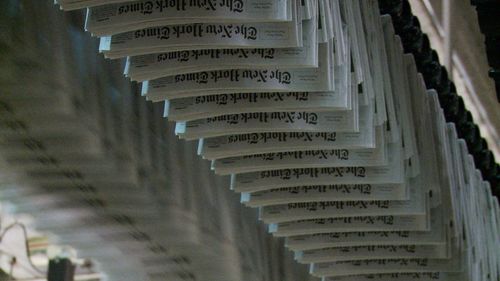 Q: The picture opens in the middle of a newspaper printing room. What does that feel like?

Rossi: There’s a sense of ritual to it. It feels like this ancient process. When I shot that, it was in October when a critical story from David Carr ran and I wanted to be there when it was printed. For two or three weeks I had a lot of trouble breathing (laughs). It’s awe-inspiring. I must say that this idea of looking inside the four walls of the paper and deciding if things seem archaic or not, that is one thing that does. The publisher of the Times has said that the printed edition of the paper will probably be suspended at some date to be determined. That doesn’t mean the journalism that’s contained in those pages should change.

Q: Do you have any favorite films about journalism that helped to shape the documentary?

Rossi: “All the President’s Men” was a great inspiration. The current newsroom at the New York Times aesthetically messages transparency. The newsroom that Alan Pakula shot similarly has this wide expansive space. The way Pakula was able to create tension with people looking through phonebooks was a real inspiration in thinking about and crafting “Page One.” 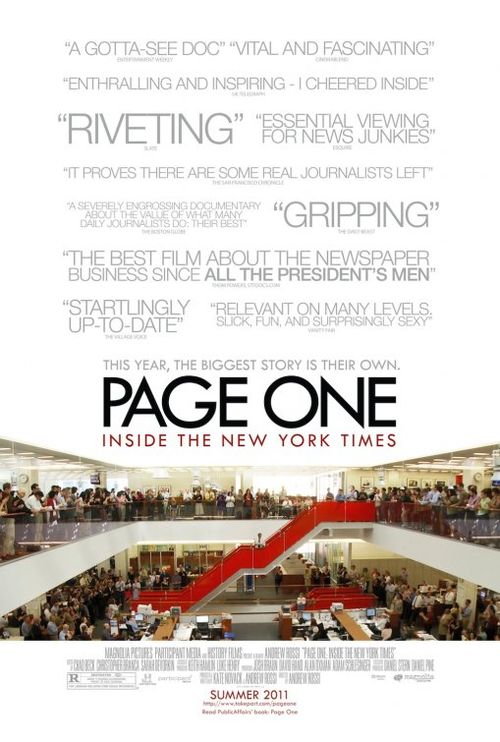