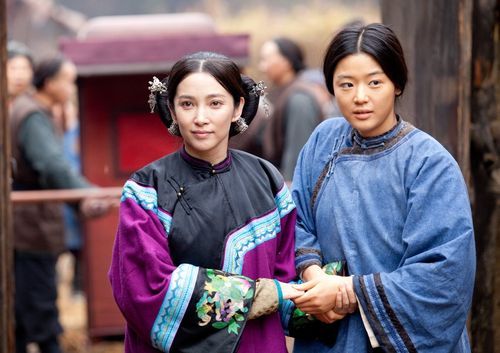 “Snow Flower and the Secret Fan” features a sensitive story of bittersweet separation, reportedly altered quite a bit from author Lisa See’s original 2005 novel. A tale of patchy sisterhood and the circular patterns of betrayals and mistakes, director Wayne Wang has his hands full with melodrama and historical reflection, exploring China’s foot-binding past while returning to the intricacies of Asian culture, which served him well in the 1993 hit, “The Joy Luck Club.” Wang’s also made perhaps the most flavorless, outright boring picture of 2011, breaking down the plot into tiny, inert pieces of meaninglessness.

When damaged soul Sophia (Gianna Jun) is badly hurt in a bike accident, word reaches old friend Nina (Li Bingbing), who rushes to the side of the unconscious woman, distraught for reasons not initially understood. Going through Sophia’s personal items, Nina comes across a story that her estranged pal has written, detailing the dissolving relationship between Lily and Snow Flower, two shy girls who grow into foot-bound women in 19th century China. Connecting to the personal details of the novel, Nina is fraught with guilt, struggling to decode her fizzled relationship with a woman she once committed her life to. “Secret Fan” is a museum piece from Wang, who appears interested in a profound emotional purging with this story, yet provides nothing in the way of pace. Leaping through time and realities, the screenplay weaves together an extended session of psychological torture for Nina, who’s completely unnerved by Sophia’s brush with death, finding herself swarmed by memories of a simpler time when the two were teenagers, using vows tucked into the folds of a fan to pledge their lifelong devotion to each other at a young age.

There’s also the Snow Flower/Lily component, which parallels the main story, focusing on two subjugated women finding joy in each other’s company, which comes to be tested time and again by domestic disturbances and natural disasters. Wang moves back and forth between fiction and modern day despair, carefully merging the two plots into a single stream of catharsis by the end of the picture.

“Secret Fan” retains an intriguing posture of sadness, but there’s nothing significant here to grab hold of. Wang is busy painting with colors and frowns, laboring over simple story beats with his glacial direction. It’s punishment at times, destroying the delicate nature of the pain on display. There’s also a major miscalculation with native languages. The majority of this Chinese tale is performed in English, which doesn’t come easy to the actresses. This leads to stilted line readings and flat displays of grieving, doing further damage to the sensitive nature of the film. To add further confusion, Hugh Jackman appears in a brief supporting role as Sophia’s Australian lover, a man who holds a dark secret that sends Nina into paralyzing remorse. It’s always a treat to see Jackman, but his appearance here is more distracting than enriching.

Wang finally gets the hang of the picture’s rich solemnity in the final minutes, at last able to combine the feature’s feel for shame with poetic visuals of generational unity. However, to arrive at this point requires sitting through 100 minutes of staring contests and extended articulations of sorrow. I wouldn’t wish it on my worst enemy.