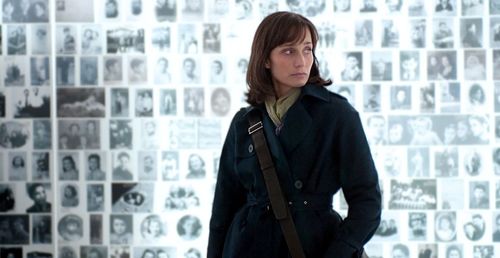 There are several abyssal melodramatic pits “Sarah’s Key” has difficulty avoiding, but it proffers a tale of breakthrough that’s engrossing, shedding light on a few dark corners of French history. Guided by Kristin Scott Thomas’s focused performance, the picture depicts disturbing, paralyzing feelings of loss and guilt, though it achieves a few too many moments through clumsy hysterics.

Julia (Kristin Scott Thomas) is a French journalist who’s become obsessed with the story of Sarah, a young Jewish girl involved in the Vel’ d’Hiv roundup in WWII-era France who convinced her little brother to stay locked inside a hidden closet until her return. Separated from her parents and dumped into a work camp, Sarah struggled to return home and free her sibling. Inheriting Sarah’s apartment, Julia is compelled to investigate the woman and her experiences during and after the war, becoming fixated on the details of shame that’ve come to inform her own life. Pregnant and facing an unsupportive husband, Julia throws herself into research, hoping to find Sarah somewhere out in the world.

“Sarah’s Key” is many things: a domestic drama, an historical exploration, and a pointed look at France’s record of anti-Semitism, funneled sloppily into an absorbing, but flailing feature that doesn’t always retain the proper focus to carry out its ambitious goals. 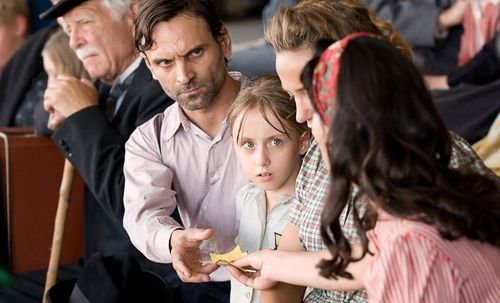 Adapted from a 2007 novel by Tatiana de Rosnay, “Sarah’s Key” has all the earmarks of an overstuffed literary adaptation. Director Gilles Paquet-Brenner labors to fit multiple elements of perspective and passion into a single picture, with the story’s routine of flashbacks and supporting characters hampering the film’s forward momentum. The basic elements of concern are well cared for -- the opening study of Sarah’s frantic resistance to French captivity is visceral, with the filmmaker exploring the nightmarish feel of life inside Velodrome d’hiver, a sporting arena turned into a holding pen for 13,000 Jews awaiting transfer to concentration camps. The images from these moments are haunting, instigating a palpable feeling of urgency within Sarah as she grows acutely aware of her brother’s dire situation and her family’s grim future.

Julia’s journalistic tenacity makes up most of the picture, observing the weathered reporter as she attempts to piece together the life of a girl who’s understandably buried her past. Thomas is uncharacteristically alert during this performance, inhabiting a woman seized with guilt over apartment history and pregnancy concerns, hoping the puzzle pieces in front of her will soothe her weary mind. It’s a performance of sympathy and arrogance, which Thomas shapes superbly into complexity, keeping Julia on the hunt for truth, but also brashly disturbing the memories of others close to Sarah. It’s an engaging performance that helps the film reach a few challenging moments of revelation. 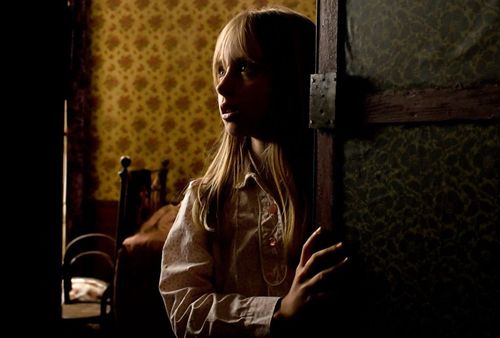 When the story finds itself cornered, Paquet-Brenner relies on melodrama as an escape, generating some overly emphatic sequences that shatter the intimate intensity of the piece. It’s difficult to argue the need for anguish and confusion with a devastating story such as this, but a few too many moments are ruined by exaggeration, most emerging from Aidan Quinn, here playing a critical component of Sarah’s post-war mystery.

Despite a few miscalculations in tone, “Sarah’s Key” has more than its share of powerful moments and stinging recollections, with Thomas always there to ground that panic into something real and compelling. 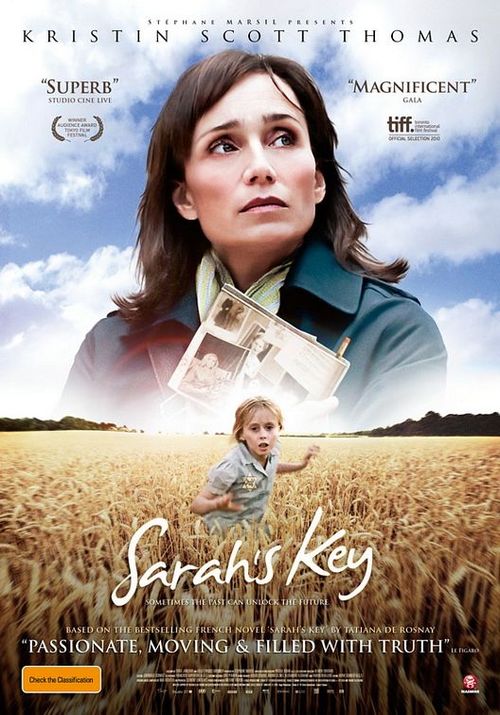