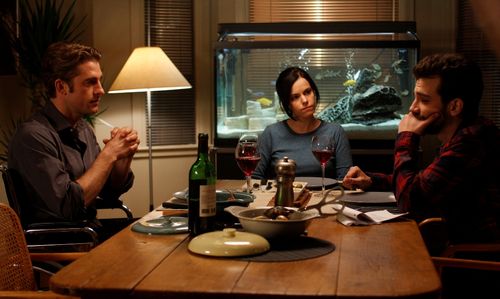 “Good Neighbors” is suspenseful, but oddly unfulfilling. A distinctly Canadian production taking place during the 1995 Quebec referendum, this serial killer/psychological thriller relies on mood and stylistics to conjure a critical feeling of dread. However, writer/director Jacob Tierney is spun dizzy by the complex narrative of deceptions and confessions, laboring over moody particulars while the tension gradually dries up.

Moving into a 4th floor apartment in Quebec, Victor (Jay Baruchel) is eager to meet his new neighbors, spooky cat lady Louise (Emily Hampshire) and wheelchair-bound Spencer (Scott Speedman). While the trio figures out a comfortable middle ground, a serial killer stalks the local streets, making Louise feel uneasy, reaching out to Victor for company. Elated with the female interest, the nervous young man accelerates her intentions, creating discomfort, a situation Spencer happily observes from his chair. When murder finds its way into the apartment complex, the gang is disturbed, yet suspicious of one another, an unease exacerbated by a police presence and a few unexpected revelations that bring the trio closer than ever. 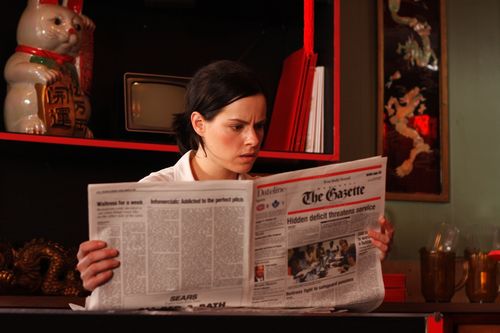 Tierney (“The Trotsky,” and former child star of “Josh and S.A.M.”) has unique material to work with here, adapting “Good Neighbors” from the novel by Chrystine Brouillet. It’s a crafty mix of political atmosphere and horror mechanics, using a specialized Canadian event to backdrop a community of unstable people rubbing up against one another, including a French-speaking woman who lashes out at her English-speaking neighbors -- a sloppy but effective metaphor for the province’s fragmented troubles. While Tierney doesn’t labor over the details, the Quebec setting tilts the film in an interesting direction, supplying a tad more irritation than a simple serial killer routine would provide.

The relationships here are complicated, even delusional. The script eagerly portions out the character details, with gloomy Louise a cat whisperer of sorts, Victor a man prone to romantic fixation, while Spencer comes across as unfeeling, yet unfailingly polite. The fumbling interaction between the trio provides most of the dramatics, with the viewer tasked to compute true natures and intentions. The mystery works in small doses and Tierney is wise to supply some critical reveals halfway through the film, reenergizing the tension as questions are answered and the fog of mystery dissipates. “Good Neighbors” takes a few ghoulish turns I won’t expose, but these shifts in aggression are compelling if a little far-fetched.

The conclusion of the picture is what ultimately lost me. Getting into a rhythm with these itchy personalities and the ominous nature of the serial killer subplot, I was disappointed with the resolution, which eschews a visceral release to play uninspired head games, dragging out the proceedings with a climax of tepid double-crosses and thriller choreography. “Good Neighbors” crawls to a close, a disappointing development when the set-up promises something far more sinister and unnervingly intimate. 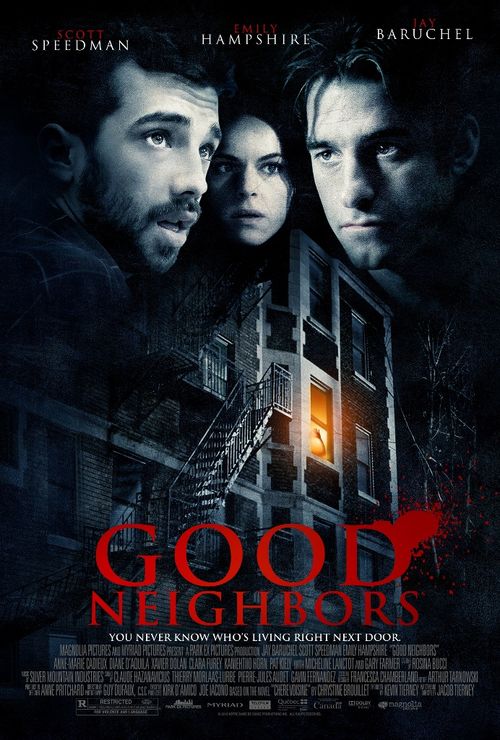