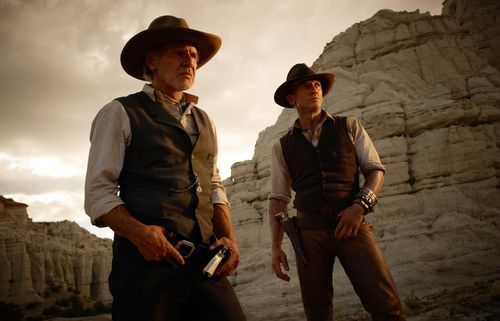 Director Jon Favreau has quite a playground with “Cowboys & Aliens,” permitting the filmmaker a big-budget opportunity to stage classic western encounters while banging away with large-scale sci-fi elements. Although it lacks an extraordinary pace that would normally accompany the collision of two disparate genres, the picture is a comfortably entertaining slice of summer escapism, blasting away with a blissful discharge of six-guns and lasers.

Waking up in the middle of nowhere, Jake Lonergan (Daniel Craig) finds himself wounded, without his memory, and in possession of a metal laser gun strapped to his wrist. Making his way to the nearest town, Jake mixes it up with the locals, incurring the wrath of cattle baron Dolarhyde (Harrison Ford). Before the two can successfully make a mess of each other, aliens attack the locals via spaceships, kidnapping a select few from the community. Off to rescue the missing, Jake and Dolarhyde team up, forming a posse that includes barkeep Doc (Sam Rockewell), Native American scout Nat (Adam Beach), and enigmatic woman Ella (Olivia Wilde), who takes a special interest in Jake. Off into the wilds of Arizona, the gang confronts a unique enemy, searching for a weakness to take down their intergalactic visitors.

As most movies seem to be these days, “Cowboys & Aliens” was adapted from a 2006 graphic novel. The page is a comfortable, imaginative place for the titular titans to duke it out, but the real potential of the material comes with a big screen interpretation, allowing a lucky director to indulge himself with all the inherent geekery. 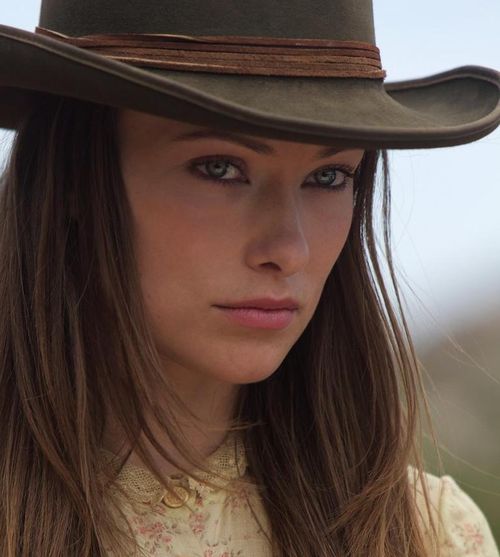 Jon Favreau (“Iron Man”) is a solid choice for a helmer, lending “Cowboys & Aliens” a patience few filmmakers would be willing to trust. It’s not a glacial movie, but there’s a deliberate pace to the picture that goes against traditional thrill ride demands of the season. A western at its core, the director cheerfully constructs numerous outlaw encounters for the movie, with costume design by Mary Zophres and cinematography from Matthew Libatique working overtime to achieve a dusty ambiance of rough men facing a few unexpected close encounters. Favreau holds to iconic gunslinger posture and dusty trails, respecting the cinematic potential of western minutiae before blending in the alien invasion theatrics. In fact, the feature is just dandy before the special effects come into play, observing Englishman Craig channel his stoic cowboy influences, while Ford growls splendidly, trotting confidently around on horseback.

Also adding to the old west flavor is a supporting cast of grizzled wonders, including Keith Carradine and Clancy Brown, while pipsqueak Paul Dano fulfills the lily-livered quota as Dolarhyde’s wretched son. 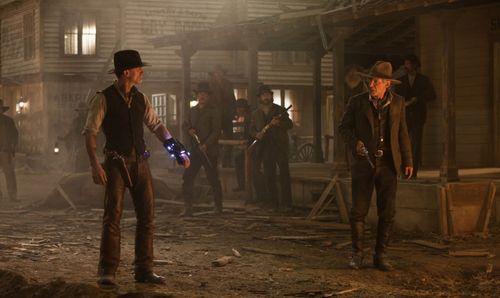 It takes some time, but the aliens do reveal themselves and their mission on Earth in full. The design and execution of the CG-beasts is largely successful, with the furious creatures creating agreeable trouble as they take to land and air to steal humans, giving off a slight “Alien” vibe as they reveal an extra pair of hands from their chest cavity. The action sequences are brief but enjoyable, helped along by the mystery of Jake’s wrist cannon, which comes to be a more effective tool in defeating the space critters than any earthbound weapon. Again, the film is more invested in mood than a rolling sense of violence, with third-act explosions and showdowns as alien to the movie as the aliens.

Favreau has plenty of surprises to share in “Cowboys & Aliens,” also inviting a Native American presence that’s oddly missing from the title. The feature is stationary at times, but remains in an enticing western zone, delivering something a little different to the marketplace with palpable care. 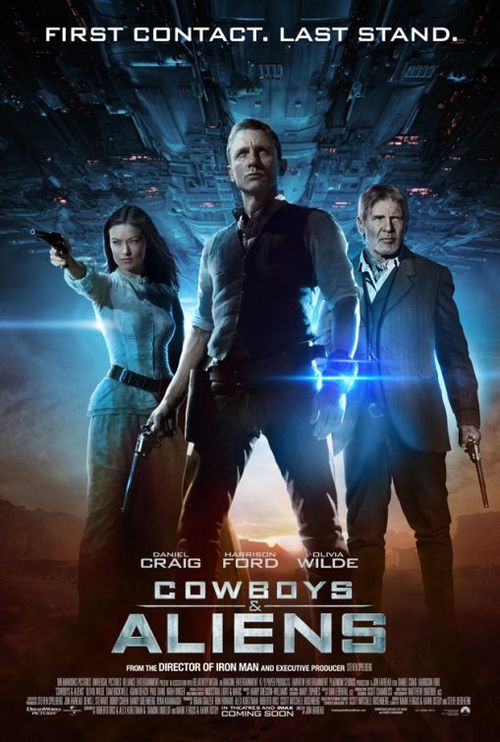