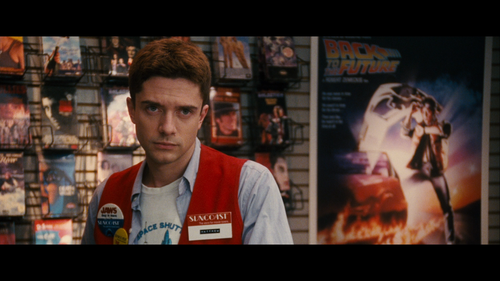 “Take Me Home Tonight” has endured a bumpy ride on its way to theatrical distribution. Shot nearly four years ago, this comedy has been shoved around the release schedule, handled gingerly by studios that didn’t exactly know what to do with a comedy aimed at twentysomethings about the 1980s. Their hesitance is understandable, with the feature trapped between traditional coming-of-age sympathy and brazen nostalgia, presumably aimed at a generation that’s stopped going to the movies.

A bright student who lost his way after college, Matt (Topher Grace) doesn’t know what to do with his life, hiding from the demands of adulthood by working at a Suncoast Video store in the mall. Into the shop comes Tori (Teresa Palmer), Matt’s high school crush. Looking to impress her through lies about his vocation, Matt charms his object of immense lust, agreeing to meet up with her at a huge Labor Day party. Teaming up with his conflicted sister, Wendy (Anna Faris), and a miserable buddy, Barry (Don Fogler), Matt enters the celebration ready to win Tori over. Instead, chaos ensues, with Barry discovering the torment of cocaine, Wendy facing a choice between grad school and marriage, and Matt finding chemistry with Tori, struggling to communicate the reality of his life to her. 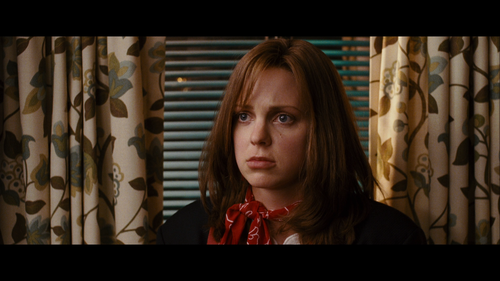 I’m not exactly sure why “Take Me Home Tonight” is set in 1988, though I suspect Topher Grace, former star of “That ‘70s Show,” wanted to move to the next stage of his period comedy career. The decade provides a fertile aesthetic for director Michael Dowse (“It’s All Gone Pete Tong”), who bathes the film in crisply photographed party particulars and bouncy songs from the period, creating a celebratory mood that approximates the seemingly carefree era. There’s also fun to be had seeing stores like Suncoast and Musicland recreated for the feature, evoking lost memories of VHS domination for die-hard fans of home video history.

Candy coated and programmed like a jukebox, “Take Me Home Tonight” provides a certain retro sugar rush, blending genuine love for the 1980s with cartoon antics involving drugs and Matt’s desperation to come across as a respected investment banker. It’s hard to tell if the film is making fun of the decade or devouring its clichés, but the approach is relaxed, allowing the actors time to play with mischief while clad in broad costumes and hairstyles, which are rarely underlined by Dowse. 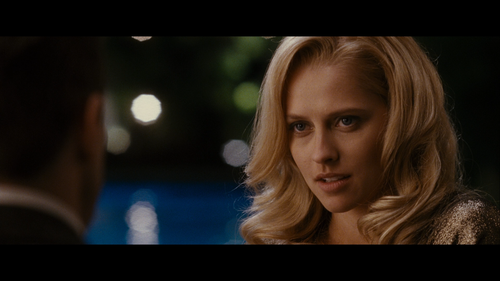 Finding significance is the film’s greatest challenge, tackling the concerns of college graduates and assorted young working stiffs facing the bitter reality of adulthood and the responsibility it carries. The emotions are clear but the storytelling is muddled, with Dowse bungling the flow of the three adventures, preferring to stick with Matt’s game of love over Barry’s implosion and Wendy’s domestic crisis. With the exception of Fogler, an unbearable screen presence, the cast rolls comfortably with the punches, spitting out crummy dialogue with respectable commitment to the churn of decision-making. It’s not challenging work, but Grace and Palmer reveal charm, while Faris gets to tinker with dramatics for a change. Unfortunately, they can’t fight the film’s lack of focus and display of sloppy editing. “Take Me Home Tonight” should be a well-balanced look at a group finally confronted with real life, yet only small fragments of alarm remain. 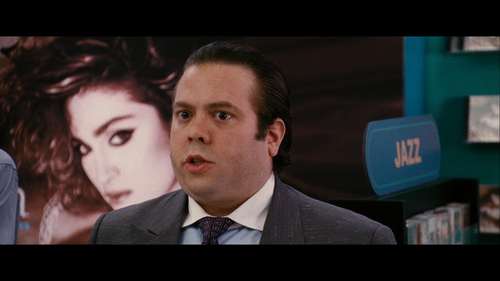 The AVC encoded image (2.35:1 aspect ratio) presentation offers a satisfactory representation of the film’s soft cinematographic look. Colors are pronounced throughout, with party sequences rich with golds and reds, while the vivid costuming adds more explosive hues, allowing pinks and purples to set the period mood. Contrast levels appear a little over anxious at times, but clarity is commendable, permitting a full examination of frame details. Skintones are natural (make-up designs are easily detectable), while shadow detail is sturdy, only lost in dense hairstyles. 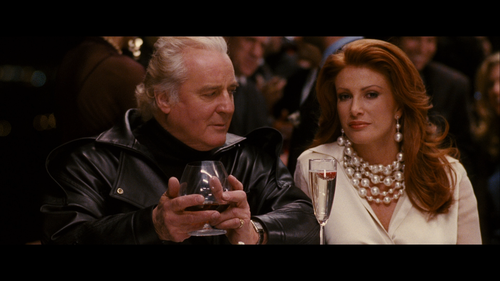 “Deleted Scenes” (11:00) fill in a few of the film’s empty spaces, providing more interplay between Matt and Wendy, also including the scene where Barry is fired from his day job as a car dealer. A few smaller bits of questioning are offered, along with some dud improvisational work from Demetri Martin.

“Cast Get Together” (8:12) reunites the principal actors four years after filming to reminisce about the shoot and celebrate their personal interaction. Stretched out on a big comfy couch with beer bottles everywhere, the mood here is loose, displaying an easy chemistry between this crew.

“Music Boombox” presents quick access to the soundtrack-infused moments of the feature.

“Music Video” (3:57) presents a cover of “Don’t You Want Me” by an unidentified band, starring the cast of “Take Me Home Tonight,” who reenact various moments from the film hits of the 1980s.

A Theatrical Trailer and two T.V. Spots are included. 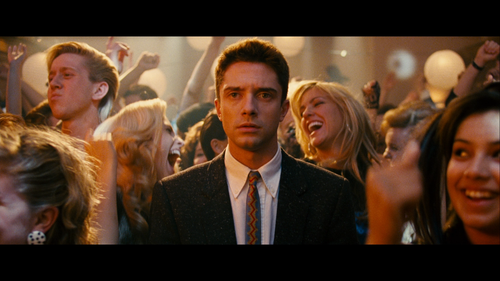 “Take Me Home Tonight” isn’t funny, failing to track down a screwball tone once Matt is faced with incredible setbacks and challenges to his manhood. Still, it’s not an altogether unpleasant motion picture, finding a sparkly decade vibe that provides some welcome eye candy, just little to no magnitude. 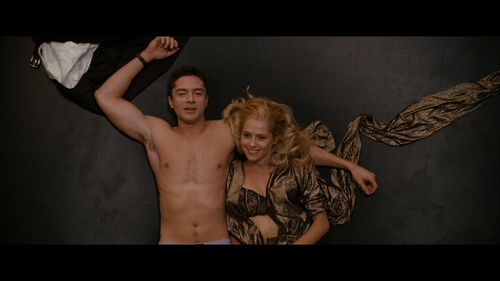 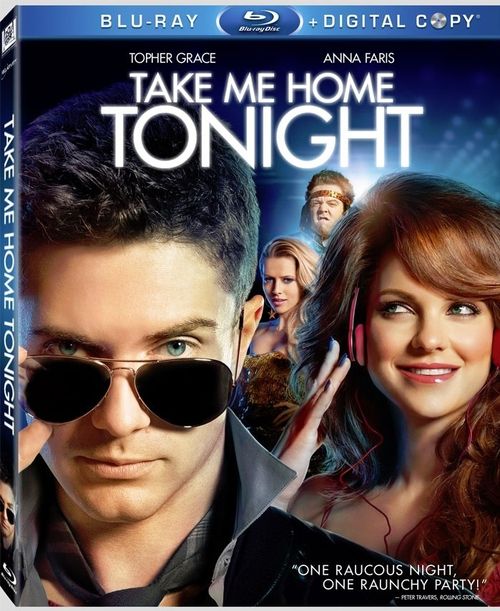