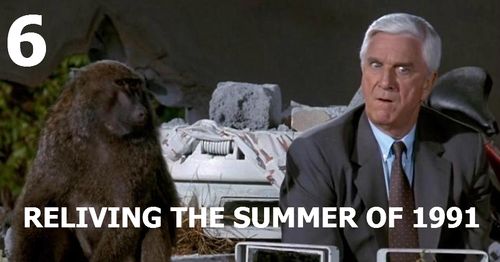 Nutshell: On the eve of his critical speech condemning wasteful energy policies bankrolled by the government, Dr. Albert Meinheimer (Richard Griffiths) is kidnapped and replaced with a double by the heads of the oil, nuclear, and coal industries, overseen by Quentin Hapsburg (Robert Goulet). On the case is Det. Lt. Frank Drebin (Leslie Nielsen), Det. Captain Ed Hocken (George Kennedy), and Det. Nordberg (O.J. Simpson), who prowl Washington D.C. on the hunt for clues. Also on Drebin’s mind is ex-girlfriend Jane Spencer (Priscilla Presley), who works with Meinheimer, permitting the lovebirds a chance to be reacquainted as the case unfolds. 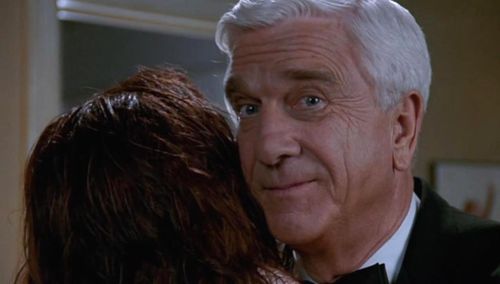 1991: My experience with “The Naked Gun” movies dates back to 1988, where I was permitted access to a promo screening of the film at the now-deceased Ridge Square Theater in Minnetonka, MN. Knowing nothing about the “Police Squad!” source material before the lights dimmed, I was merely there to see something silly, early, and free. With a poster to take home afterwards. Hooray.

What I actually witnessed that evening was a comedy explosion of sorts, with a sold-out crowd jumping out of their seats in delight, often in unison. From the opening credits featuring the wild, improbable travels of a police car and its flashing siren, the audience was in hysterics, ready to go wherever director David Zucker (with cohorts Jerry Zucker, Jim Abrahams, and Pat Proft) led them. And boy howdy, what a slapstick journey it was, giving ZAZ fans exactly what they came for, while introducing a crummy kid like me to a new brand of freewheeling, wet-fingered screen goofballery and a movie hero named Leslie Nielsen. It was one of the rare incidents in my life where I was present to see a classic being born, and a film I continue to treasure.

If I have a son one day, I shall name him Enrico Pallazzo. 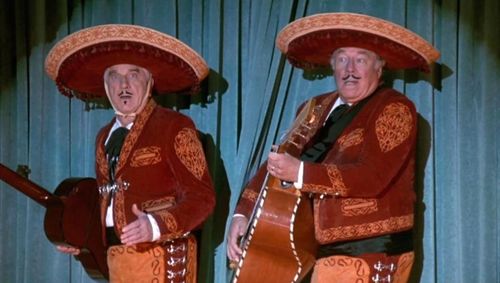 With the picture’s unexpected box office success, a sequel was issued a few years later, this time backed by a wacky title and a prime summer release date, with the further adventure of Frank Drebin forced to compete with the Robin Hoods and Terminators of the summer. However, “The Smell of Fear” had one advantage: a lush sense of humor.

“The Smell of Fear” was obviously something I was raring to see, now old enough to attend the film on my own terms, with multiple viewings a must. Even at such an unsophisticated age, I recognized the creative gas was diluted the second time around, with Zucker and the boys straining a bit to dream up fresh misbehavior for their characters. “The Naked Gun” seemed to burst with ideas and zaniness, burning off a creative frustration that built up with the abrupt cancellation of “Police Squad!” “The Smell of Fear” nursed a case of sequelitis. Not a death sentence, mind you, but the picture was a little slack. Still hilarious (especially to a doofy teen), but a lacking a direct punch. 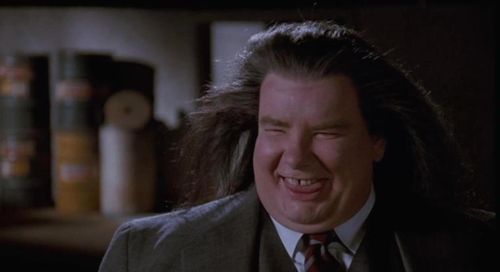 Perhaps this was due to half of the creative team’s involvement with that other summer comedy, “Hot Shots!” We’ll get to that one in a few weeks. 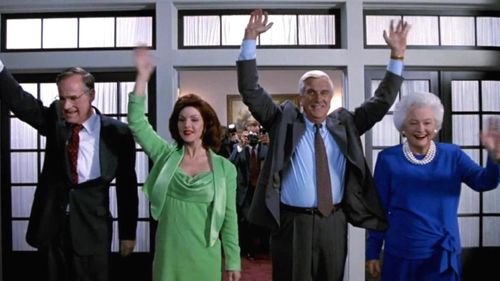 2011: We live in a Friedberg/Seltzer world these days, with parody films a lost art, handed to a generation of knuckleheads and comedy magicians (they make the laughs disappear) who deal in familiarity and irony to sell their rotten goods to precious audiences too paralyzed to protest. Productions like “The Naked Gun” are passé, more concerned with achieving sly comedic chaos than obsessively calling their shots.

With that in mind, lukewarm material like “The Smell of Fear” is practically “The Apartment” compared to recent fare, with the second installment of the “Naked Gun” series actually quite funny and politically relevant. I mean, the picture isn’t exactly hard science, but it’s interesting to see Zucker take a peek at a corrupt political system of diabolical energy officials in 1991. Thank god we’ve done away with all that in 2011. 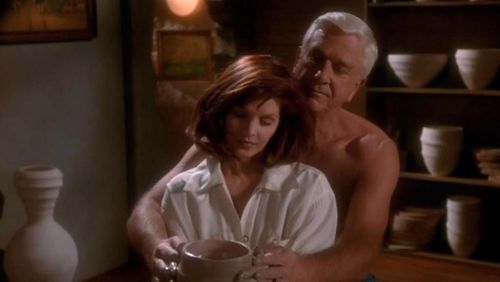 It’s interesting to note how “liberal” the movie is, especially coming from Zucker, who would later kill his career making the “conservative” parody picture, “An American Carol.” He’s like the Dennis Miller of film directors. 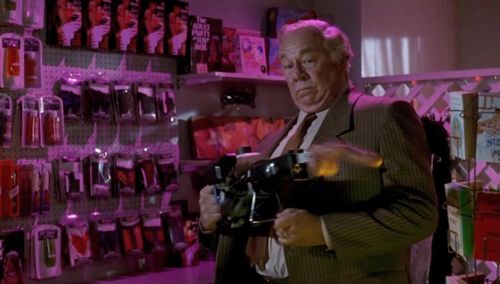 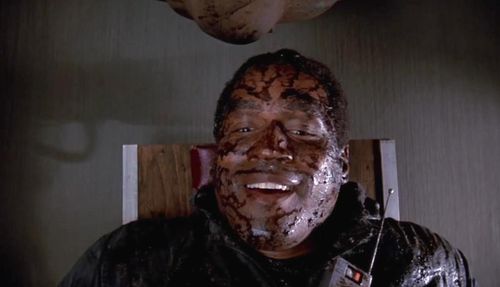 When the feature misses, matters tends to spiral too far into anarchy, especially any time Drebin is called in to smash up the city or engage in hefty physical activity. Zucker can’t quite muzzle the destructive shrillness as easily as before, leaving the wilder stuff (e.g. Drebin on a runaway police tank) more grating than amusing. Also lacking is a cohesive plot with a memorable villain. I love Goulet as much as the next guy, but the script doesn’t provide a propulsive narrative to build jokes upon. The movie is a little too grabby, but it’s usually funny even in its most desperate times.

And let’s say-hey to Priscilla Presley and the wonders of her old face. Oh, how we miss you. 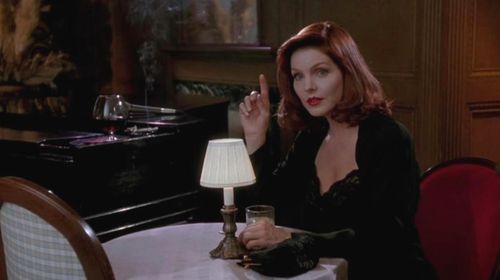 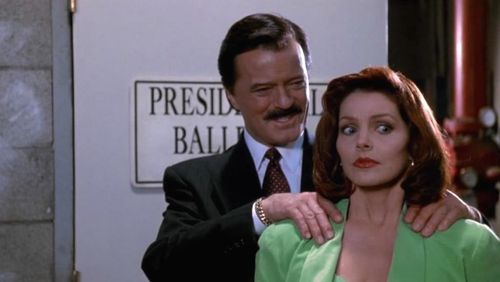 Yep, they made another one. God help us all. 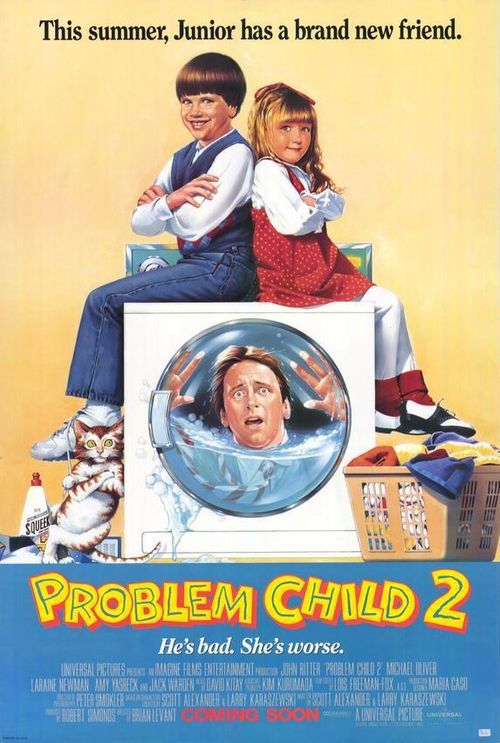 And Arnold becomes ARNOLD with the ultimate summer blockbuster escape. 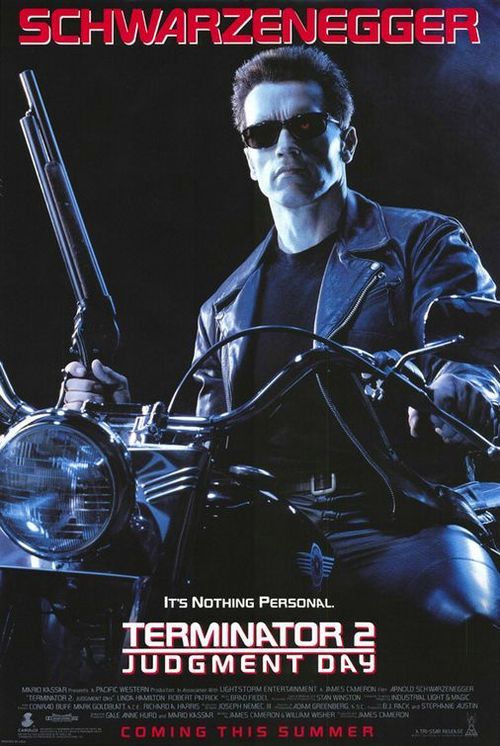