Film Review - We Are the Night 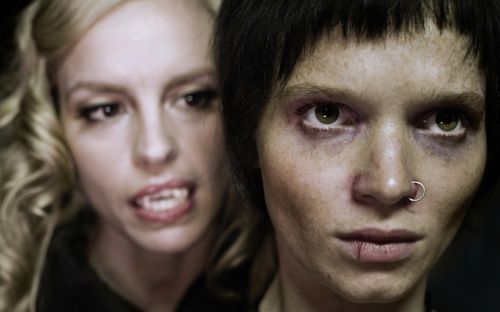 Imagine “Sex and the City” populated with vampires and there’s a crude description of the German horror film, “We Are the Night.” We have four women of considerable temperament, indulging themselves with shopping, men, and the splendor of feminine companionship. And much like the ladies of “Sex and the City,” this gang is made up of bloodsucking monsters desperate to stay out of the sunlight. Trust me, lead vamp Louise is such a Samantha.

Petty criminal and spunky parolee Lena (Karoline Herfurth) is barely scraping by, narrowly escaping arrest from hunky cop Tom (Max Riemelt). Lured into a hidden nightclub one night, Lena is bitten by vampire Louise (Nina Hoss), while her associates, Charlotte (Jennifer Ulrich) and Nora (Anna Fischer), stand guard, leaving the tattered woman a heap of urges and pain she doesn’t understand. Finding love after a century of loneliness, Louise grows obsessed with Lena, hoping to induct her into the vampire lifestyle, with all the riches and power it provides. However, Lena is hesitant to join the gang, finding her sympathies turning back to Tom, developing a tentative romance with a man tasked to bring her to justice. 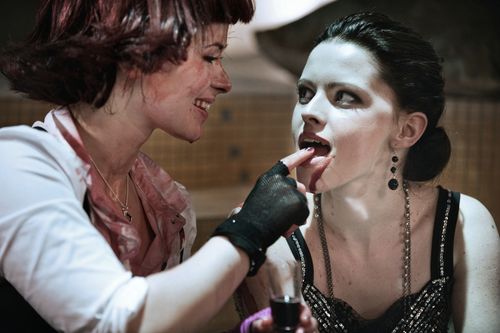 It’s another routine of vampires with “We Are the Night,” though it seems director Dennis Gansel is quite aware of the repetition. Equipped with a script that plays like semi-remake of the 1987 film, “Near Dark,” Gansel soaks his feature in wild style, looking to shake the cobwebs off the premise by deluging the senses with blasts of sound and fury. It’s a noisy film, quick to crank club music in an effort to generate a mood of debauchery and ghoulish freedom as these lady vamps entice locals with alcohol, drugs, and lust, forming a pit of sin to assist in their sloppy feeding procedures. The sense of liberation carries to the outside world, where Louise leads her satanic sisters in a schedule of shopping and stealing, ruling the evening while the city sleeps.

The cheap thrill of these adventures is preserved by Gansel, who takes the visual challenge seriously, working overtime to polish every shot, creating a fantasy world of vampiric rule, flexibility, and rehabilitation. But caring about these characters? Forget it. “We Are the Night” is purely about surface details, not engaging drama. It’s also highly illogical, with Louise running around the majority of this picture wondering why Lena is resistant to her fanged charms, refusing the dark delights presented to her. I assume being dragged into the gang kicking and screaming didn’t exactly warm Lena up to the prospect of eternal damnation, but Louise seems a little slow on the uptake about a lot of issues in the film. 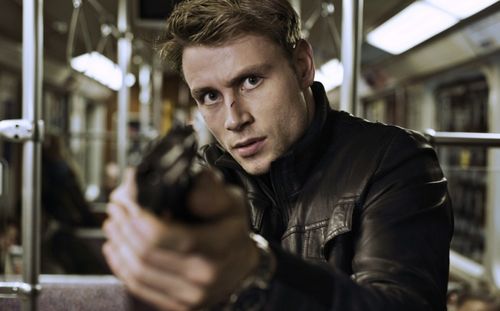 Equally irritating is the everlasting love scenario between Lena and Tom, a romantic connection permitted roughly five minutes to gel. Their connection is ludicrous, yet Gansel insists this is a heartfelt variation on “Romeo & Juliet.”

There are foot and car chases, shootouts, and heavy lesbian overtones, but “We Are the Night” still manages to stumble, more consumed with arranging a pretty picture than securing a ripe female-slanted take on seductive acts of evil and decadence. It’s a fireworks display, not a meaty reinvention of a rusty genre. 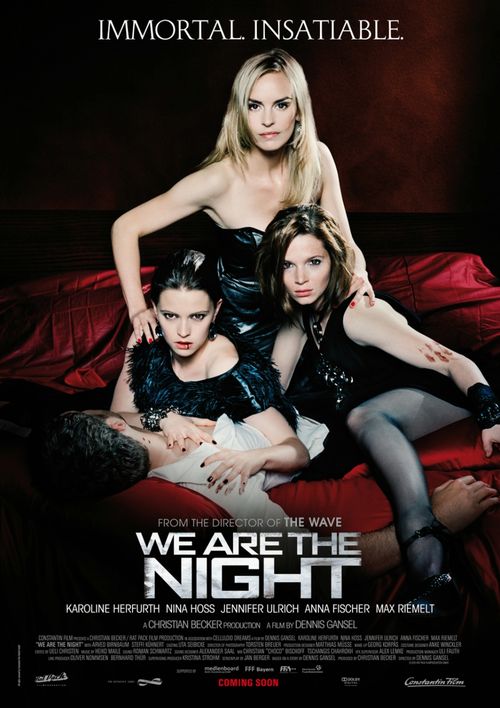