“Transformers: Dark of the Moon” is a noticeable step up in quality from the last feature, 2009’s disastrous “Revenge of the Fallen.” With several key members of the production team disowning the first sequel, it’s easy to spot a genuine attempt to make up for lost time with the new movie; however, it’s not a complete franchise overhaul or a refreshing return to the jubilant 2007 original. Instead, “Dark of the Moon” exists as a disappointment, built as an apology, but remains slavish to some of the nonsense that made the previous picture unbearable. On the plus side: no Transformer testicles for this round. At least Michael Bay listened to a few of the complaints.

Now an adult on the hunt for professional responsibility after secretly saving the world on two occasions, Sam (Shia LaBeouf) has found difficulty acquiring a job, feeling awkward around his successful girlfriend, Carly (Rosie Huntington-Whiteley). With Optimus Prime (voiced by Peter Cullen) and the Autobots off protecting the innocent, the world’s evil has been silenced, with Megatron (Hugo Weaving) retreating to the wilds of Africa for repair. When word reaches the heroes that legendary Autobot leader Sentinel Prime (Leonard Nimoy) has been found on the moon after his botched escape from the Cybertron War, Prime and the team return him to Earth, restoring his power. However, the Decepticons immediately counter with their own plans for intergalactic domination, acquiring a teleportation device that threatens to strip the planet of all life to help rebuild their home world. 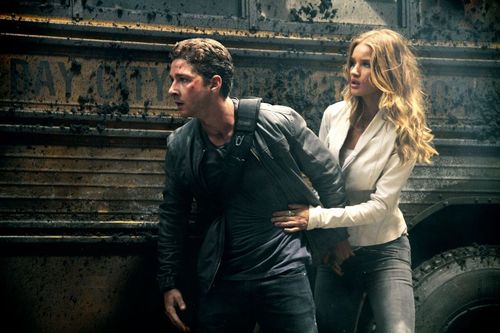 “Transformers” was a marvelous summer movie, loaded with surprise, teeth-rattling action, and a gravity of fantasy that took the whole “Robots in Disguise” legacy seriously while generating its own universe of heroes and villains. “Revenge of the Fallen” took a flamethrower to that innocent fun, torching escapist merriment with crude, desperate stabs at comedy and chaotic acts of violence. Director Michael Bay lost sight of the original picture’s basic appeal, leading with suffocating ego instead of widescreen awe. I’d be impressed if anyone could come up with a better example of two more disparate entries in the same film series.

“Dark of the Moon” (a weird title, considering all the characters proclaim “dark side of the moon” when prompted) leans more toward “Revenge of the Fallen” in terms of toxic creative choices, though there’s a pronounced effort from the production to get the mayhem back on track, with a stronger story of revisionist history employed to return the ‘bots to the big screen. Tinkering with space race details (also offering Buzz Aldrin a cameo), the new film kicks off with a perfectly bizarre idea that finds Sentinel Prime marooned on the moon, with America speeding throughout the 1960s to reach the mysterious alien prize first. It’s a clever way to intertwine fantasy with reality, manufacturing a compelling new figure in the granddaddy Autobot, a wise old machine Optimus Prime reveres. The opening 15 minutes deliver mystery, mischievous screenwriting, and Bay at his most enthusiastic, sweating to launch a concept that will carry throughout the entire picture. 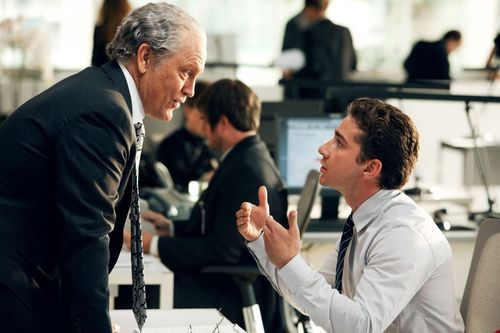 Once Sam enters, “Dark of the Moon” returns to a place of disgrace, again sticking to a human element that serves little purpose in the story. This being the second sequel, it’s clear the Transformers are iconic enough to carry an entire motion picture, with Prime’s heroism and Earthly respect a compelling element, nicely contrasted with Megatron’s wicked plans for supremacy. Sentinel Prime also provides a spoiler element Bay robustly manages, creating a battle royal scenario for the Autobots and Decepticons that I assume most fans would love to see explored in full. Instead, it’s the Sam show yet again, this time focusing on the boy hero’s journey into manhood, facing a tough economy and the anxiety that comes with having a gaunt Victoria’s Secret model, I mean former White House staffer (wow), for a girlfriend.

With Sam comes a franchise fixation on comedy that’s intolerable, with Bay bringing back the character’s obnoxious parents for more improvisational hell, while most of the supporting cast shows up brandishing exaggerated accents (including John Malkovich, Ken Jeong, and Alan Tudyk) to force feed yuks into the picture. The first half of the film plays liberally with broad jokes, even encouraging LaBeouf to simply scream into the camera for effect. It’s insufferable and wholly uninspired. With a movie that runs a shocking 150 minutes in length, any stop on the “Transformers” bullet train is unwelcome. 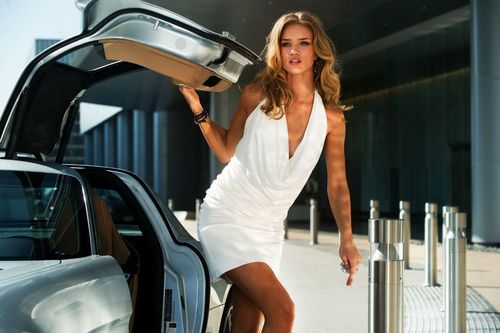 The second half of the picture gets down to robot battling business, with Chicago assuming doomsday hosting duties. The hour-long final battle is overwhelming and confusingly arranged at times, but this is exactly where the franchise shines, permitting the Transformers to declare war, with Bay hungrily searching for ways to decimate a metropolis, now handed an effective 3D glaze to sell the magnitude of the event. While the screenplay dawdles and the actors turn blue to make an impact, “Dark of the Moon” triumphs when lost in combat, giving viewers the robopocalypse they paid for. Somehow, a montage of Sam going on job interviews scored to Aerosmith’s “Sweet Emotion” just doesn’t hold much interest. The heart of the franchise has always been the Transformer spectacle, and “Dark of the Moon” contains some of the finest moments of citywide obliteration. 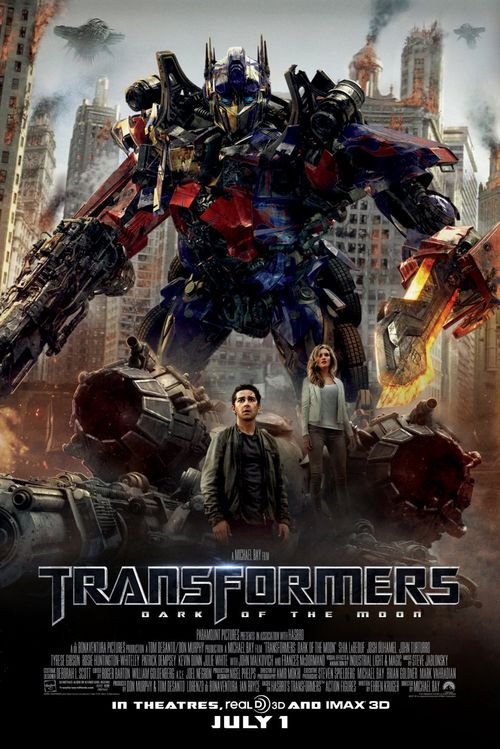 I HATED THE LAST ONE. I refuse to give more money to these idiots. I'll stick with the Hub.

I saw the film last night in Phoenix. It's so bad, not that much of an improvement over Revenge of the Fallen. The action is big but doesn't make much sense. And the Anti Megan Fox is a terrible actress.

Transformers actualy is the reason I admire Spielberg a lot less now than I admired, say, 5 years ago.

I quit the second movie after less than 10 minutes. So I believe I will skip this one and wait for the reboot by Christopher Nolan in a few years.