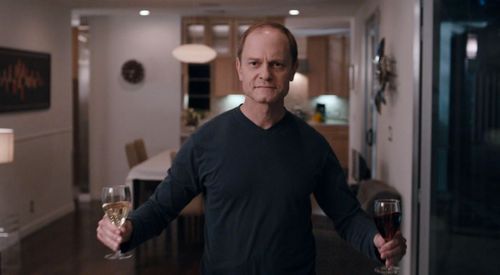 “The Perfect Host” is a film strictly for fans of actor David Hyde Pierce. The former “Frasier” star is the only element of the picture worth paying attention to, bringing a faint flicker of verve to an otherwise tedious and poorly constructed thriller. Writer/director Nick Tomnay should thank his lucky stars he was able to secure Pierce’s participation, otherwise there would be no reason to pay attention to anything this feature has to offer.

A wounded bank robber on the run, John Taylor (Clayne Crawford) is desperate for temporary shelter before the next phase of his plan goes into effect. Hitting the suburbs, John talks his way into the home of Warwick Wilson (David Hyde Pierce), a stuffy gentleman preparing to host a dinner party. When his vicious nature is gradually revealed, John looks to hold Warwick hostage while he tends to his bleeding foot. However, the party planner is hardly fazed by John’s aggression, having already drugged the intruder, kicking off a wild evening of hallucinations and promises of violence. 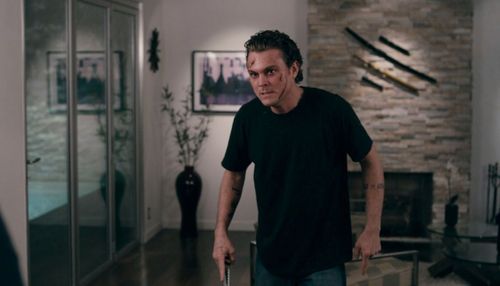 Tomnay already worked the concept of “The Perfect Host” in a 2001 short film, leaving me to wonder why he felt he had to give the wild world of Warwick another cinematic shot. A thin idea for a feature, the filmmaker works overtime to artificially elongate the premise, infusing the script with numerous twists and turns to keep viewers guessing. It’s not just basic serving of shock either, instead delving into Warwick’s delirium where the man dreams up a rich social life for himself, complete with fawning friends, conga lines, and bathroom trysts.

The aggressive back and forth between Warwick and John is where Tomnay finds the only compelling element of the picture, providing a few biting exchanges where the two strangers reveal their true natures to each other, both men getting off on intimidation. These are brief moments, but they allow Pierce to take command, grandly playing up Warwick’s psychological fracture without overdoing the flamboyance. Crawford is a less compelling screen presence, leaving Pierce’s read of cultured psychosis captivating. Further amusement is supplied by, of all people, Helen Reddy, here as Warwick’s suspicious neighbor. 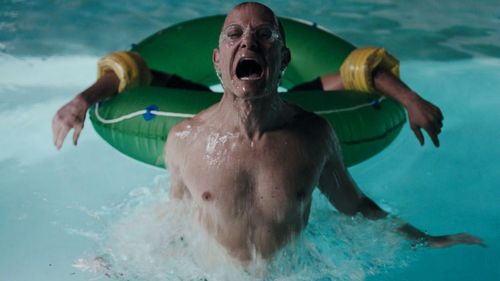 Flashbacks to John’s crime are included to break up the monologues, also allowing Tomnay to soften the violent, smug character some, which deflates the tension. “The Perfect Host” also takes the action outside of Warwick’s home, further damaging the suspenseful potential of this fragile feature. Fattening the script with too many twists numbs the film, but the cop/crook clichés introduced in third act put the picture to sleep.

I believe Tomnay knows he’s reaching with his tattered bag of tricks, struggling to create a powerhouse calling card for his feature-length directorial debut, only to fall short. “The Perfect Host” is 20 minutes of intriguing confusion ruined by an additional 70 minutes of explanation and needless motivation. While Pierce shines, his work is wasted on banal behavior and unconvincing ghoulishness. 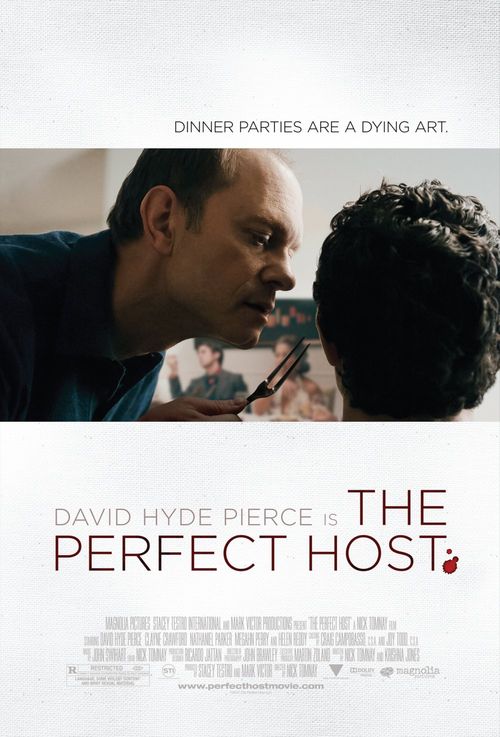