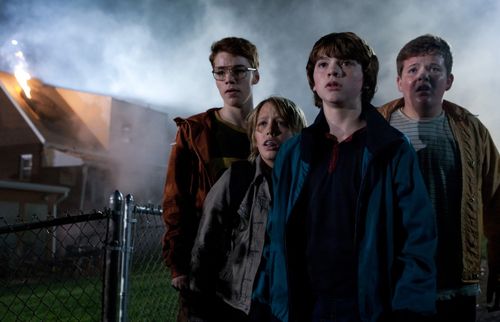 For the last year, moviegoers have been bombarded with mysterious marketing for the new J.J. Abrams feature, “Super 8.” The footage suggested an experience of awe, sold with teasing shots of aliens, magically floating debris, and slack-jawed actors reacting to unknown sights of indeterminate hostility. Though it’s unfair to judge a film solely on marketing, this is Abrams after all -- one of the more ingenious architects of hype around. The man knows how to bait a hook, yet “Super 8” is not the movie promised in the advertising. While tender, it’s not sweet. While enigmatic, it’s not endearingly so. While wonderful, it’s also strangely disappointing. Perhaps this whirlwind of reaction speaks to the chaos of surprise, though I do wish Abrams permitted more of a peek into this world of nostalgia and terror sooner rather than later.

The year is 1979, and young Joe (Joel Courtney) is mourning the loss of his mother, now forced to deal with his distant father, police officer Jackson (Kyle Chandler), on a daily basis. With summer in full swing, Joe distracts himself by helping pal Charles (Riley Griffiths) with his zombie movie, using his skills with make-up to get close to his crush, co-star Alice (Elle Fanning). While filming late one night, the gang, including pals Cary (Ryan Lee) and Martin (Gabriel Basso), witness a massive train accident, accidently capturing the escape of a top secret creature with their camera. With the arrival of military forces to search the area, Joe and the crew hunt for their own answers to the mystery, witnessing their peaceful town overturned by hostile outside forces. 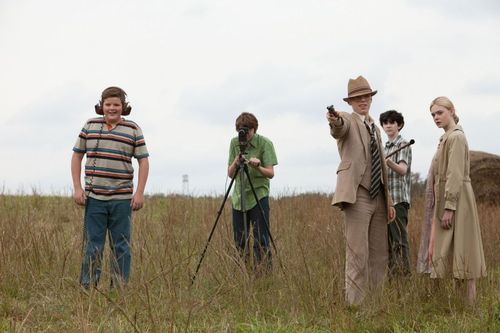 As the opening titles read, “Super 8” is the brainchild of Abrams and producer Steven Spielberg, collaborating on what’s revealed to be a sweeping valentine to a generation raised on Spielbergian entertainment. It’s difficult to nail the precise foundation of “Super 8,” but it’s somewhere between “Close Encounters of the Third Kind” and “Jurassic Park,” with a light dusting of “E.T.” and “The Goonies” in there as well. While it takes inspiration from several Spielberg hits, Abrams is primarily interested in recreating the feel of 1979, when kids rode bikes, played with fireworks, communicated face-to-face, and basically tended to their dreams without the meddling of parents. There’s also a strong undercurrent of teenage discovery, with Joe encountering the confusion of parental loss, while enlivened by the presence of Alice. It’s a pre-internet look at the complications of youth, with Abrams taking special care to revel in the eroding innocence, deploying the time period as a way to celebrate the Spielberg milieu, but also to arrange his own extraterrestrial puzzle without the burden of modern technology and empowered kids holding him back.

I won’t spoil the surprises of “Super 8,” but a few matters should be discussed. Of primary importance is Abrams’s way with his young cast, who present natural, credibly awkward performances of depth, capturing an age of wonder as it smashes into urge. Courtney is a real find, able to express himself in modest ways, playing a character of fear and respect struggling to claim his courage in the name of love. Expected smart-assery is supplied by the kids, with fluid banter creating the highlights of the film, yet Abrams is wise to keep on Courtney and his amiability, with the gentle performance striking powerful emotional chords as Joe reflects upon the tragic death of his mother. Equally valuable is Chandler, who supplies authority and vulnerability in a difficult disciplinarian role. The cast is uniformly marvelous here, making Abrams’s difficult job of providing realism in the midst of sci-fi all the more easier. 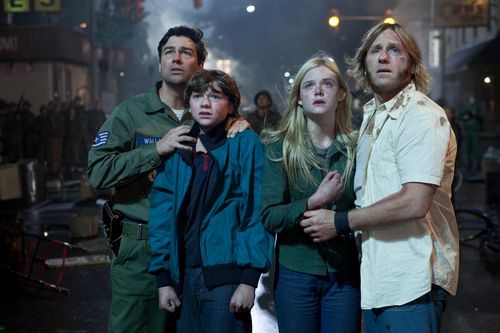 There’s a creature running around “Super 8,” and he’s one ornery fellow. The feature delivers impressive intensity when it comes to imagining alien attacks, hitting blockbuster heights as the mysterious beast works its way across suburban Ohio, draining power and flinging appliances, working toward a classified goal. If “Super 8” has any major fault, it’s with the execution of the invader, a creature that’s treated with sympathy, yet spends most of the picture in a shadowy, destructive rage. Gentleness is lacking here, along with a personality to attach to, making the alien more about demolition than understanding. While this distance gives Abrams free reign to stage impressive moments of astonishment, it also flattens the Spielbergian feeling of wonder the feature leans toward. “Super 8” is a scary movie, pushing away gooey indulgence to keep tension taut, a suspense that often finds itself at odds with magical moments of reveal. It’s a complex tone that isn’t always satisfying, but when the film locks into a moment, Abrams provides a knockout punch. With blazing, glorious, cinematic lens flares. Of course.

“Super 8” works as a time capsule, a moviegoing scrapbook, and a pretty nifty creature feature (making good use of its PG-13 rating), though the final blend of elements lacks a tight seal that keeps the film a consistent package of delights. With the curtain finally pulled back, it’s interesting to inspect “Super 8,” finding such directorial authority and summer movie adoration from Abrams, who avoids overt imitation to shape something inventive out of his inspiration. It does the miracle run of Spielberg’s early career proud, while reinforcing Abrams as a gifted storyteller unafraid to bare some teeth, despite what the cautious marketing promises. 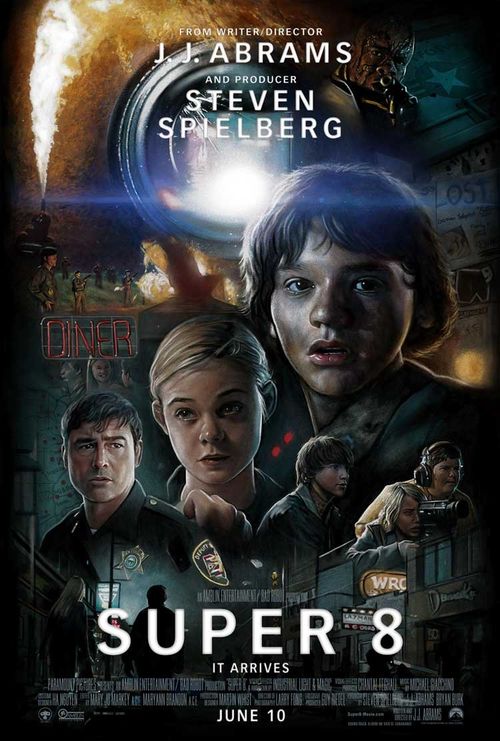