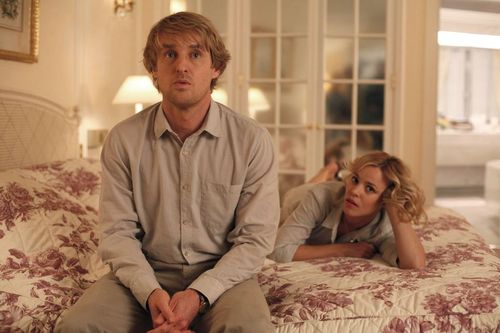 There’s genuine magic in the air of “Midnight in Paris,” perhaps the most effective offering of sophisticated whimsy writer/director Woody Allen has conjured in decades. Of course, roaming around the City of Light with ace cinematographer Darius Khondji will have that effect. Perhaps Allen is cheating a smidge with his latest, but it’s a fantastic manipulation, taking viewers to a tranquil place of immense culture and beauty while studying the enticing ease of nostalgia. And here’s something I never thought I’d write again: Owen Wilson is marvelous here.

In Paris for an extended holiday, frustrated novelist Gil (Owen Wilson) and his fiancée Inez (Rachel McAdams) are finding their relationship strained when blowhard sophisticate Paul (Michael Sheen) stumbles upon the couple. With the educated spoiler off charming Inez, Gil is left on his own, preferring to soothe his mind with late night strolls around Paris, drinking in the sights and sounds of a city he adores. Unexpectedly, Gil is transported to the 1920s, finding his ideal time period materializing in front of his eyes, soon rubbing elbows with the likes of F. Scott Fitzgerald (Tom Hiddleston), Ernest Hemingway (Corey Stroll), and Gertrude Stein (Kathy Bates). Overwhelmed but eager to learn from the masters, Gil returns to the time period nightly, scratching his nostalgic itch while pursuing a tentative romance with Picasso’s mistress, Adriana (Marion Cotillard). 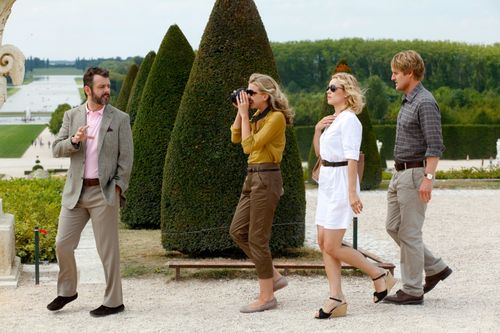 “Midnight in Paris” opens with observation, studying the city in motion. There are no character introductions or plotting involved, just visual identity, moving around Paris as the day wears on through sun and rain, eventually settling into the evening hours, where colored lights take over to give the city its ethereal glow. Setting the mood early, Allen cements his fondness for the metropolis, which helps to digest the eventual fantasy turns of the script. The movie is a valentine to Paris, with all of its textures and elegance, making a lucid statement of modern splendor before we catch up with Gil, who craves the exhilaration and bountiful cultural history of the past.

“Midnight in Paris” is a traditional Allen comedy in that it spotlights neurotic artist types rubbing intellectuals the wrong way, generating plenty of comedic combustion. The tight, domineering character interplay is here, setting up Gil as a man with his mind anywhere but the present, unaware of Inez’s irritation with everything he does, more concerned with the progress of his book (about a nostalgia shop owner) and his appreciation of Paris. The time travel element is executed with typical Allen directness, showing Gil whisked away by a nightly car ride to the time period of his dreams, accepted into a social circle populated with literary and art icons, including Salvador Dali (Adrien Brody) and Luis Bunuel (Adrien de Van). Expectedly, Gil is floored by the visits, finding these bends of reality elevating his writing and validating his fantasies. 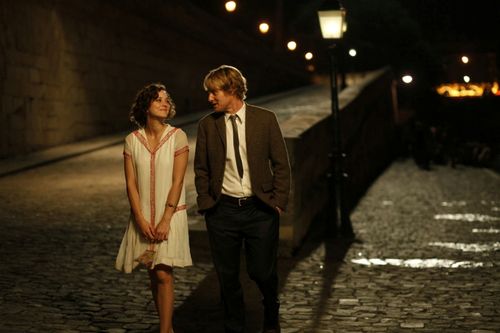 Wilson is pitch-perfect as Gil, playing the shreds of sanity along with the character’s elation with this colorful world in front of his eyes. Allen guides Wilson’s chatterbox energy superbly, holding the actor as a straight man of sorts, reacting to the grotesqueness of Paul and the miracle of his midnight adventures. To launch the oddity of the script, Allen needs Wilson to be the utmost believer, never questioning the hows or whys, just accepting the situation for its educational possibilities. At first giving off the impression that he’s going to stick out like a sore thumb in Allen’s fantasyland, Wilson quickly aligns himself to the job, playing wonder with a series of hilarious reactions that merge mystification with satisfaction, with a little slack-jawed gobsmackery thrown in for good measure.

Making a move on Adriana, finding himself caught up in her period charms and obvious physical attributes, Gil risks losing himself to his idealized vision. “Midnight in Paris” shares some intriguing observations on the temptation of nostalgia, with its shifting perspectives (Adriana prefers the Belle Epoque era) and general disregard for the ugly details. It’s a striking theme for Allen, who treats the topic with his usual frothy wit, avoiding any serious repercussions for the characters. Instead, the picture simmers with a comedic energy, sticking to a sense of surprise as Gil steps further into his unreality. It’s a journey that refreshes Allen’s sense of play and his ease with peculiarity, making “Midnight in Paris” deeply satisfying and charming from start to finish.

I’m now off to book myself on the next flight to France. 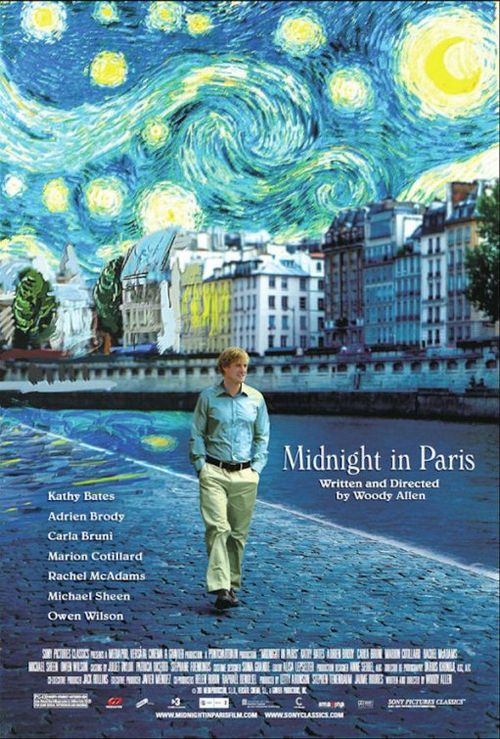