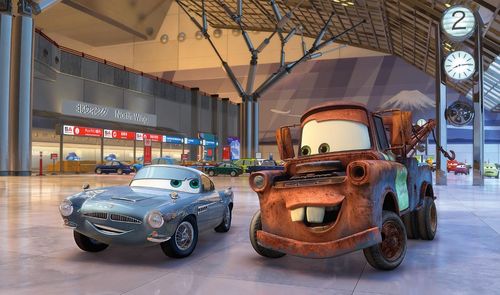 Why on Earth would Pixar sequelize one of their lowest grossing, least critically favored motion pictures? Never underestimate the power of toy sales, which has fueled “Cars” fever since its 2006 debut. “Cars 2” at least makes an attempt to shake up the whimsical formula, turning the franchise into a spy comedy, but the effort is lackluster and misguided, dialing up the noise and violence while a cast of allegedly beloved characters are left in the rear-view mirror, playing second fiddle to explosions and gunfire.

Challenged by the arrogant Francesco (John Turturro) to join the illustrious World Gran Prix race, Lightning McQueen (Owen Wilson) decides to bring Mater (Larry the Cable Guy) along for the trip, taking his sheltered friend to Japan, Italy, and England to help expand his horizons. While Lightning has to tend to his taxing racing duties, Mater is accidentally sucked into a world of international spies, with Finn McMissile (Michael Caine) and Holley Shiftwell (Emily Mortimer) investigating devious plans and villainous automobiles out to disrupt the global competition. When his dim-witted antics alienate him from his friends, Mater looks to redeem himself as a secret agent, going undercover to expose a potential catastrophe tied to the launch of an alternative fuel produced by race enthusiast Sir Miles Axelrod (Eddie Izzard).

Director/co-writer John Lasseter endeavors to spin the world of “Cars” into a new direction with this sequel, hoping to freshen up his CG-animated universe. Outside of spy concerns and the globetrotting scenario, “Cars 2” also pushes Lightning McQueen to the side, establishing the new film as a Mater adventure. The ka-chow has been silenced for the most part, with Wilson contributing more of an extended cameo than a supporting part, while the rest of the Radiator Springs family is literally left behind while the buck-toothed tow truck finds himself in charge of saving the world, guided by two Brit cars familiar with life or death situations.

The change in direction is jarring, with “Cars 2” pursuing an actioner angle, leading with Mater’s slapstick antics (and interactions with bathroom humor), while filling the script with numerous chase sequences, with this new generation of cars fitted with a wide assortment of weapons. The shootouts and explosions lend “Cars 2” an aggressive, unrelentingly noisy tone that might surprise parents of smaller children who’ve come for more peaceful acts of character redemption and cartoon car fetishism. Lasseter appears to be upping the energy to meet the demands of a new generation of “Cars” fanatics, but he’s lost whatever emotional base the franchise had to offer, diluting characterizations to make a Hot Wheels smash-em-up that tuckers out quickly, often resembling the halfhearted antics of a DTV sequel. 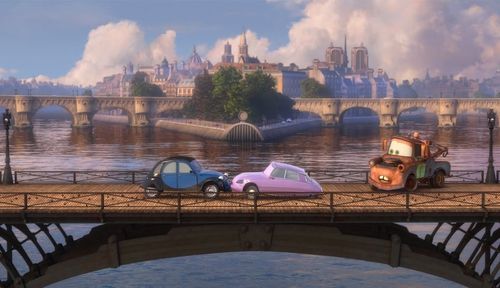 Keeping in line with the original picture, “Cars 2” is gorgeously animated, with highly detailed backgrounds and street scenes holding attention when the script falls into formula. Pixar routinely delivers on visual elements, and this sequel is amazing to study at times, especially when the action visits the expanse of Italy and London, exaggerating cultural details to a delightful degree. Much like its forefather, “Cars 2” is better seen than heard.

The message here is one of character, with Mater helping others learn to value their “dents” while struggling with his destructive tendencies, which come to frustrate Lightning, threatening to destroy their friendship. The sentiment is sluggishly programmed, even for Pixar, working slowly through the paces of redemption and acceptance with Mater, while tending to a conspiracy plot involving the future of big oil vs. alternative energy. The emotional parking spots “Cars 2” arranges never convince, with Mater too simple a character to fully value. He’s a true supporting act -- permitting him center stage merely reinforces the shallow screenwriting, leading the sequel down some tedious areas of interaction and payoff. There is such a thing as too much Larry the Cable Guy.

The James Bond touches are amusing, and there are some interesting issues brought up in the sequel that bend the bizarre concept to the breaking point (wait, the cars can die?), but there’s little here that warrants the production of an entire feature film, despite Lasseter’s insistence on chaos to rile up younger viewers. Besides, what the world really needs is a sequel to “The Incredibles,” not more misadventures with Mater. 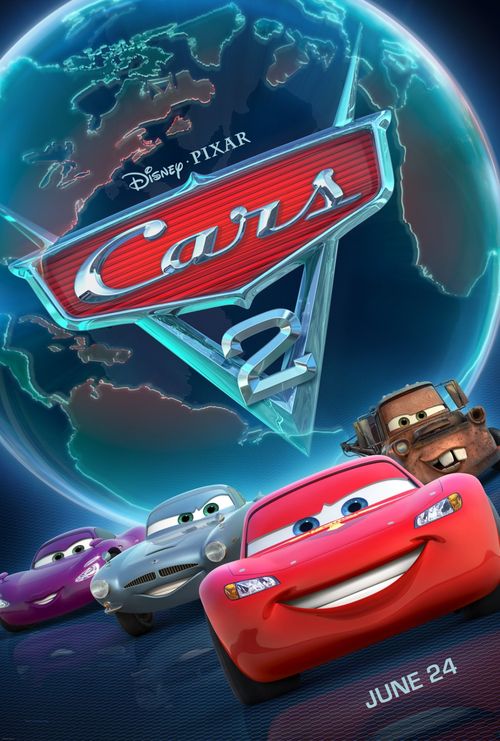 Brian Orndorf gave a Pixar movie a negative review? What a shock! Every movie Pixar's ever made has been nothing less than phenomenal, and I'm sure Cars 2 will be no exception. I'm still willing to give this movie a chance. Besides, Mr. Orndorf here has never been right about a movie before.

The original "Cars" was surely not exceptional.

It was ok at best and the weakest pixar movie out there (both critically and box office wise).

This seems a pretty obvious cash grab because of the huge toy sales of the first "Cars".

Pixar has made 12 movies. Orndorf has gone negative on 1, mixed on 2. The rest positive.

Shut the fuck up dipshit. BOS1993 is a moron. Everyone point at her.

WHY YOU SUCH A PIXAR HATER