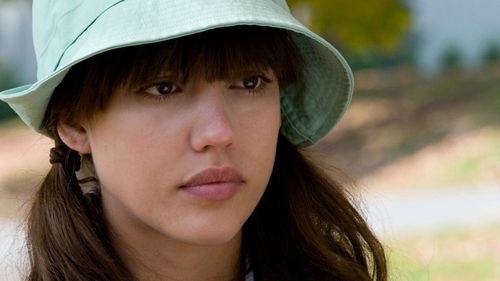 “An Invisible Sign” is a film about the comfort of mathematics, yet it’s seems better suited as an itchy summation of obsessive-compulsive disorder. Chaotic and bluntly condensed, the feature is difficult to watch, not due to the difficult subject matter, but the manner director Marilyn Agrelo bumbles the mystery and borderline insanity of the material. What should be a bold depiction of a frazzled mind is instead a bewildering feature with a tenuous hold on human concerns.

A gifted child, Mona Gray (Jessica Alba) has always found herself drawn to mathematics, staying as close as possible to her beloved father (John Shea). When her dad falls into an indeterminate state of psychological fracture, Mona is devastated, swearing off the pleasures of life to assist his recuperation. Growing into a withdrawn woman with a reliance on rhythmic tapping to soothe her soul, Mona is faced with the challenge of her life when she’s asked to teach math at a local elementary school. Overwhelmed but determined, Mona swiftly bonds with young Lisa (Sophie Nyweide), a child losing her mother to cancer. Also challenging her social fears is a Ben (Chris Messina), a fellow teacher who takes a liking the new, secretive educator. Adapted from the novel by Aimee Bender, “An Invisible Sign” displays a literary complexity that didn’t translate easily to the screen. The screenplay struggles at every turn to make sense of this story, wrestling with tone and approach to locate an opening to Mona’s puzzling world of fears and habits, trying its damndest to make the character approachable. The introduction never arrives, with Agrelo sweating to contain all the mathematical ideas and urgent behaviors, while still maintaining a romantic spell between Mona and Ben and a motherly connection between the besieged teacher and her equally anxious pupil.

There’s so much ground to cover, yet Agrelo loses her grip early on, attacking the plot randomly. Characterizations make little sense here, especially with Mona’s father, whose illness is never crisply defined, making her eventual sacrifice practically meaningless to the viewer. Ben is another irritant, practically badgering Mona into a relationship. He’s not one to take no for an answer, which disrupts his supposedly calming influence. The guy talks during movies too. I can see why Mona wants nothing to do with him. As the center of her own universe, Mona is a complex design of fragility, using her gift with numbers as a fixation to keep the evils of the world away. Alba offers a game performance of sad girl bangs and shapeless outfits, but her work is wasted on clouded screenwriting, which can’t seem to crack the mysteries of her behavior, despite some pronounced emoting. With the manifestation of numbers emerging from tapping wood, her fixation on an ax that resembles the number seven, and her obsession with her former math teacher (J.K. Simmons, playing man who wears wax numbers to indicate his mood), there’s so only so much the picture can chew on before it’s completely paralyzed. Sadly, Agrelo believes she can pack everything into a single film.

“An Invisible Sign” falls apart in the final act, but that’s a foregone conclusion. There’s no tidy way to tie off this story, though the production aims toward love to solve their problems. And there’s some classroom suspense involving the aforementioned ax. Wow. The feature is ambitious, but ultimately fruitless, facing an impossible narrative challenge without a strict game plan and a fitting exit. 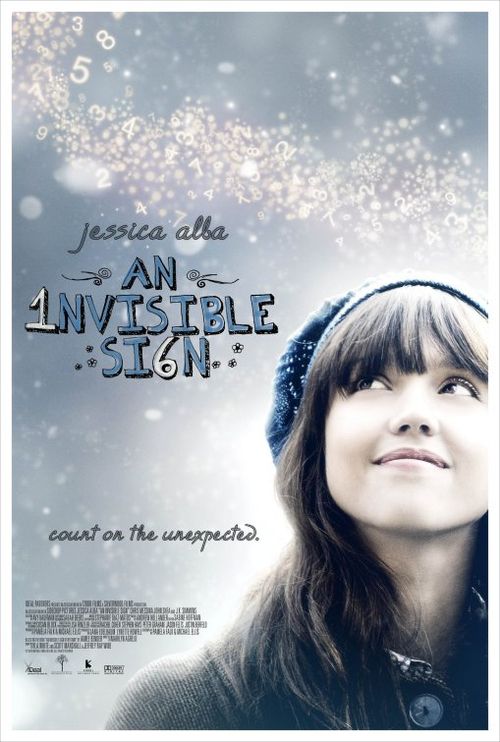