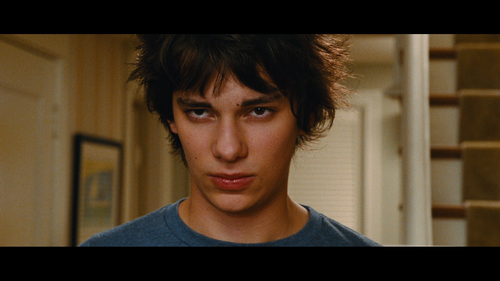 It was merely a year ago when the world was introduced to the cinematic incarnation of author Jeff Kinney’s saga of adolescent woe. “Diary of a Wimpy Kid” was only a moderate hit in the spring of 2010, but it was cheap, crude, and ripe for expansion. Enter “Diary of a Wimpy Kid: Rodrick Rules,” the hastily assembled follow-up, which does away with what little passed for legitimate charm the first time around. Of course, fans won’t likely mind, which is exactly what the producers are hoping for.

Now entering the seventh grade, Greg Heffley (Zachary Gordon) is eager to ditch his past unpopularity, looking to woo class newcomer Holly (Peyton R. List) without causing himself any great embarrassment. Killing any and all opportune moments is brother Rodrick (Devon Bostick), an unshowered rapscallion who can’t stand Greg. Finding the increasing hostility between the two unbearable, Greg’s mother Susan (a scene-stealing Rachael Harris) orders the pair to get along, trusting time spent alone together might help cool the tension. Bonding over parties, mischief, and the hilarity of fake vomit, Greg and Rodrick grow to enjoy each other’s company, a development that stuns the family and Greg’s best pal, Rowley (Robert Capron). 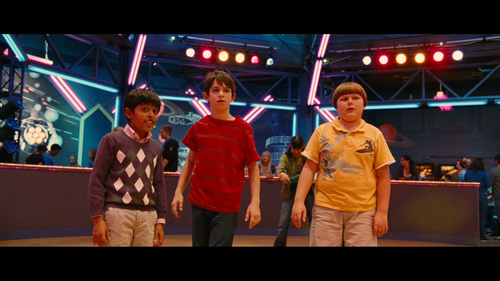 With the 2010 picture registering as barely tolerable, it’s a grand disappointment to find the sequel disregarding much of what made the first movie succeed. Dealing with pubescent kids in a highly cartoon atmosphere, “Wimpy Kid” director Thor Freudenthal nailed a few perfectly weird moment of pre-teen behavior, gifting the picture an unexpected personality -- a variety of kooky developments that pulled the film away from eye-rolling runs of gross-out jokes and formulaic domestic business.

“Rodrick Rules” doesn’t submit the same monkey business, with director David Bowers (an animation vet) apparently overwhelmed by the filmmaking challenge. There’s no rolling progression to the sequel, a painful realization that’s introduced immediately in a labored prologue that finds Greg navigating the challenges of a roller rink to make a positive impression on Holly. The opener offers no spark, with lethargic comic timing and a lame sense of slapstick staging. Granted, Bowers appears to have been presented with a lower budget and weaker source material, but there’s little gas in the creative tank. From the first few moments, it’s apparent “Rodrick Rules” just doesn’t know how to summon high-flying fun. 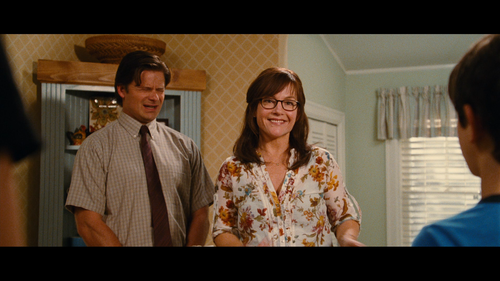 Where “Wimpy Kid” detailed a hellish junior high existence, “Rodrick Rules” sticks closer to home, covering the antagonistic relationship between Greg and his big brother, who also harbors dreams of becoming a rock star drummer with his band Loded Diper. The film emphasizes the psychopathic torment to a shrill degree, leaving me to wonder why Greg doesn’t simply beat his fiendish brother to death with a pillowcase filled with soda cans. Rodrick is such a repellent character, such an untrustworthy jerk (Bostick brutally overplays every scene), it’s impossible to buy into the premise that, golly gee, aren’t all big bros like this? They’re not, and the harder Bowers pushes to make Rodrick some type of guyliner-wearing everyteen, the harder it becomes to swallow the bruised candyland family portrait the sequel is painting.

Those rascals! Just don’t leave the knife drawer unlocked when the bigger one is around. He’s a little unbalanced. 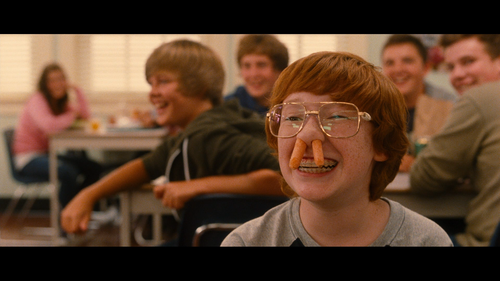 The other problem “Rodrick Rules” faces is an incomplete adaptation. Story beats are scattered all over the place as Bowers looks to retain Greg’s widescreen world, welcoming old friends such a Fregley (Grayson Russell) and braided terror Patty (Laine MacNeil) back into the mix. There’s a strange bit with Chirag (Karan Brar) that has Greg encouraging the entire school to ignore him for reasons not fully understood, requiring the petite Indian boy to cross-dress as a way to break the spell. There’s also an aborted subplot with Loded Diper guitarist Bill (Fran Kranz), a spaced metalhead who I think is around to keep the parental units wary of Rodrick’s music dreams. Superfans of Kinney’s writing will undoubtedly understand motivations upon first sight of the subplots, but those new to sequel situations might find themselves utterly baffled by a few turns of this compromised story. 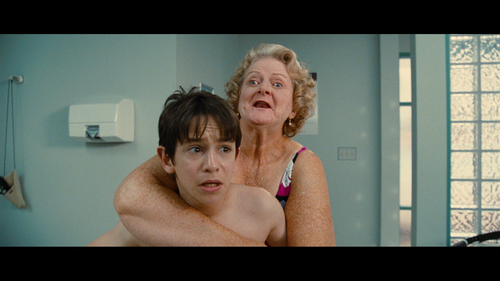 The AVC encoded image (2.35:1 aspect ratio) presentation is superb with the film’s sense of color, with lush, clean hues dominating the viewing experience, creating a heightened look for the movie. Clarity is also fantastic, with a crisp read of the action, permitting excellent detail to come through, with hearty facial textures, communicating worry and gross-outs with ease. Skintones run a little hot, but stay within natural parameters, while shadow detail is firm, supporting low-light adventures and costuming.

The 5.1 DTS-HD sound mix contains the cartoon antics of the film with ease, spreading the merriment around with energetic directional activity, boosted by the score, which also keeps fluid. Dialogue is easily understood, enjoying a slightly more circular push to grasp the group dynamic, with varied accents and verbal intensity crisply provided. Low-end is sporadic, helping the physical comedy hit some boomy bottoms, while soundtrack cues offer beat-happy heft. Atmospherics are generous, great with classroom antics and roller rink festivities. A French track is also included. 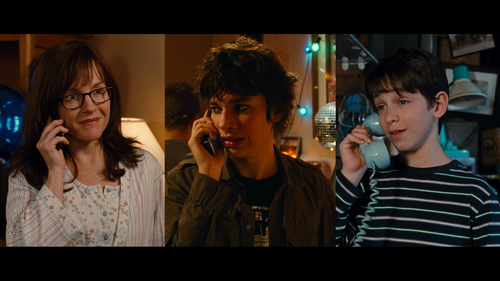 The feature-length audio commentary with director David Bowers and author Jeff Kinney is a battle between a filmmaker who wants to genuinely explore the creative process and a writer eager to keep positivity flowing, perhaps to protect his investment. The talk is satisfactory, but only when Bowers steps up and takes command of the chat, describing the challenges of working with youngsters and the “evolution” of the franchise. Kinney is simply happy with everything, slopping praise everywhere, occasionally disgusting Bowers, who reacts in subtle ways. Fans should enjoy.

“My Summer Vacation” (8:58) is a series of prequel mini-movies featuring the characters and their misadventures during their school break.

“Deleted Scenes” (9:22) are very short bursts of mischief, following Greg as he shoves a roller skate into the face of his enemy, torments Chirag further, and runs around a retirement community in his underwear. They can be viewed with or without commentary from David Bowers.

“Alternate Ending: Stealthinator” (1:26) offers an unexpectedly heroic conclusion for Greg’s misery. It can viewed with or without commentary from David Bowers.

“Gag Reel” (4:23) provides a breezy look as blown lines and faulty props, with the cast easily dissolving into giggle fits.

Oh, how I miss the simplicity of the cheese touch.