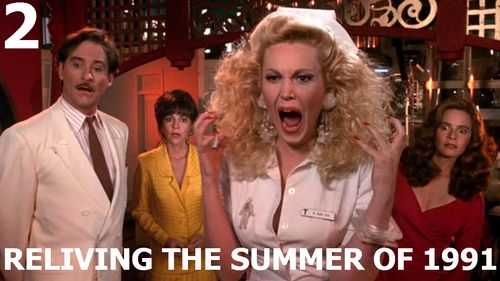 Lathering up with the screwball satire antics of “Soapdish.”

Nutshell: It’s backstage frenzy on the set of the daytime soap opera, “The Sun Also Sets.” With producer David (Robert Downey Jr.) trying to secure sexual favors from rampaging supporting actress Montana (Cathy Moriarty), head writer Rose (Whoopi Goldberg) attempting to keep superstar actress Celeste (Sally Field) in check, and fallen actor Jeffrey (Kevin Kline) returning to the show after an extended absence, the drama generated behind the scenes has become more exciting than anything manufactured for the camera. With the introduction of Lori (Elisabeth Shue) to the cast, tempers flare and egos are threatened, with the young thing creating an unexpected stir in a volatile workplace teeming with backstabbers and sycophants. 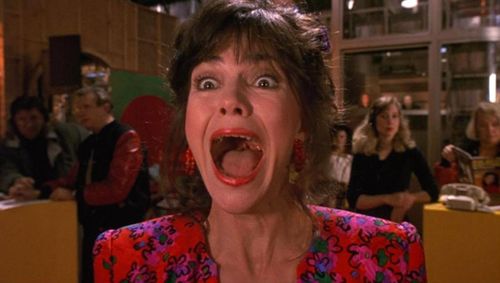 1991: I was middling on “Soapdish” upon my initial inspection. I’ll chalk up the lackluster reaction to the old “too young for it” argument, finding myself a tad lost when it came to this Hollywood brawl of furious ego and sexual gamesmanship. Obviously, I could appreciate the wattage of the cast, with the Brichives noting that I was impressed with the performances, but stunned to discover minimal laughs. Perhaps the satiric venom squirted over my head, but at least I recognized a top-notch ensemble when I saw it.

Positioned as a more sophisticated alternative in a sweltering summer of sequels and hard-charging action, “Soapdish” did indeed feel like an adult affair, manufacturing a spirited cartwheeling journey through bitterness and comedic betrayals, though the promise of true dementia never quite arrived. It was an old-fashioned slapstick comedy in the shape of a soap opera satire, softened to PG-13 standards that prevented the material from truly sharpening its claws. “Soapdish” was oddly muted at the time, attempting to wiggle into a difficult season without a volatile identity, leading with the soap opera spoof angle to scoop up knowing audiences. It could’ve been harder and funnier, and I wasn’t completely versed in the bile code of the industry, possibly incapable of detecting director Michael Hoffman’s aim. 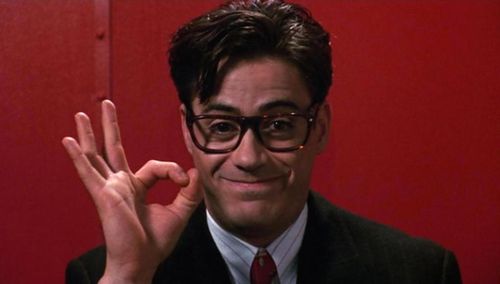 2011: Over the last 20 years, I haven’t thought about “Soapdish” much. It was a perfectly forgettable film, or so I thought. Recently, talk of a remake has surfaced, with those in charge of the world’s entertainment needs feeling another round of daytime T.V. hijinks are in order, despite the industry being close to complete death these days. Suddenly, “Soapdish” was back on my radar.

Obviously, comedy is a subjective beast, but are there really people out there who find this movie a riot? What seemed like a sip of mediocre champagne in 1991 is now a flat Diet Pepsi, with the feature’s ridiculously broad execution inducing more cringes than smiles. It’s not an utterly unpleasant concoction, but it barely scores a bellylaugh, despite a monster effort from the cast to sell the clockwork construction of the script. It’s a farce, just a wheezing, cutesy satirical endeavor that assumes it’s hurling a chainsaw at an untouchable television institution, never drawing any substantial blood. I was expecting a clear display of fangs on this revisit. What I got was chipped plate of Libby Gelman-Waxner diarrhea. 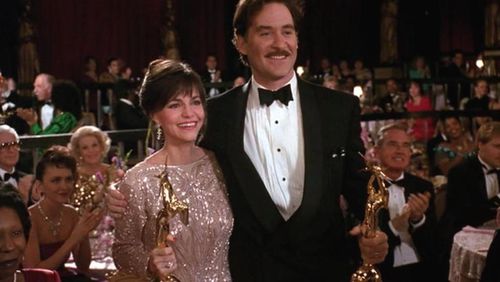 Also revealing itself during a second viewing was a distinct shortage of connective tissue -- the film appears to have been edited with a fire axe, clumsily attempting to arrange characters and commotion in a rolling manner that keeps the pace moving, moving, moving. It feels like a substantial amount of footage is missing, with characters bluntly teleporting in and out of the story, losing textured work from the supporting cast. Something tells me Carrie Fisher didn’t just show up in a push-up bra to provide a cameo. Shue’s character is equally fuzzy in the long run, with the movie’s incestuous development between Lori and Jeffrey not nearly as punchy as it could’ve been had there been more to her presence in the film. The gaps are noticeable, jerking the picture around when it hits something resembling a stride -- nothing stops the feature dead, but there’s a lack of exquisite lacing with the backstage scheming, leaving an actress like Moriarty, who’s amusing in the backstabbing witch role, with little on-screen influence. “Soapdish” is a flurry of activity without a dedicated core, neutering displays of slapstick and the force of the satiric crescent kick. 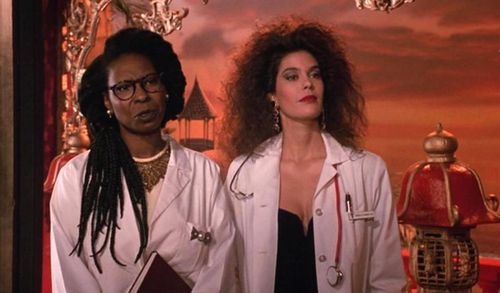 Still, it’s amusing to watch Kline and Field dig into these hysterical characters, playing distorted professionalism with a knowing polish. Kline is especially gifted when it comes to articulating utter humiliation, as viewed in his character’s dark days performing oppressive dinner theater in Florida (Hoffman loves to ornament the frame with neon pink flamingos), and Jeffrey’s romance of Lori rots wonderfully from sexual mischievousness to tongue-scraping disgust once true identities are revealed. Field is genuinely bonkers here, pinballing around the frame as the fading star. There’s more physical comedy here than remembered, which the actress sells skillfully. Again, nothing outrageously hilarious is present here, but a few select moments shine due to the gifts of the group. 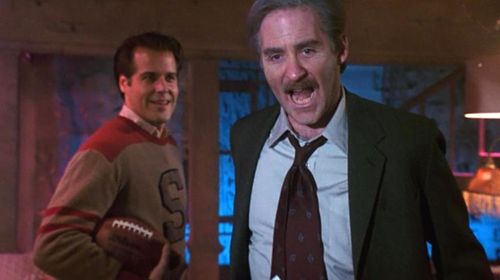 Personally, I don’t know what a silver screen remake would solve here. I say take it to Broadway, where the bigness of scheming and startled reactions would find an appropriate home, turning the material into a retro blast.

And for goodness sake, don’t forget to include some Tesh. 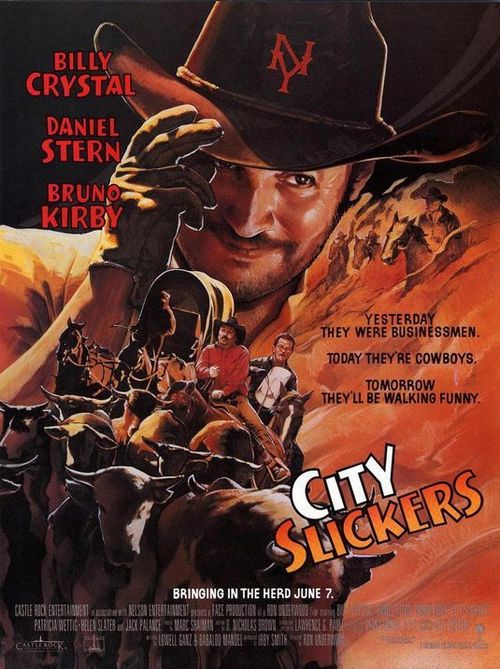 Christina Applegate assumes command of her own teen comedy. 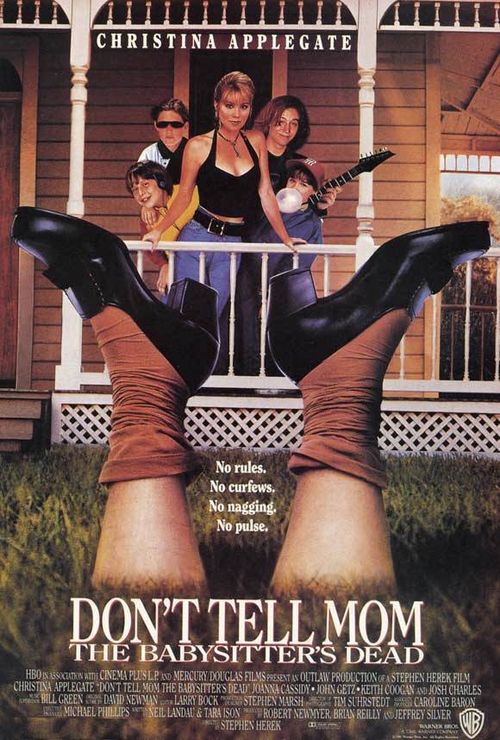 And Spike Lee (him again?) dissects the discomfort of interracial romance. 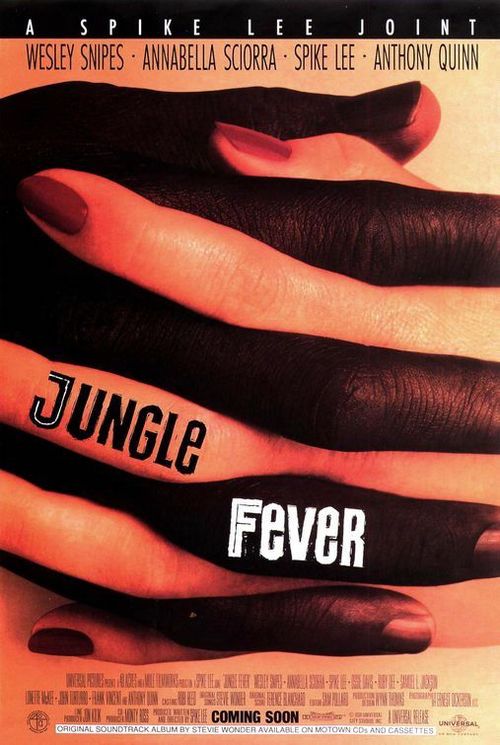 I really liked Soapdish so I was a little disappointed to read your comments. I first saw it at the cinema when I was about 11 and thought it was a riot even back then - certainly not too sophisticated for my pre-adolescent mind. It's not quite in the A Fish Called Wanda, or even Quick Change league but I do have a lot of fondness for these rapid-fire farcical types of films that seemed to be very popular in the late 80s/early 90s, especially in view of the crude, lavatorial dreck that passes for movie comedy these days.

Still keep up the good work on the retrospectives Brian.

PS: How come you missed Thelma and Louise from last week's instalment? According to Box Office Mojo that also came out on May 24 1991.