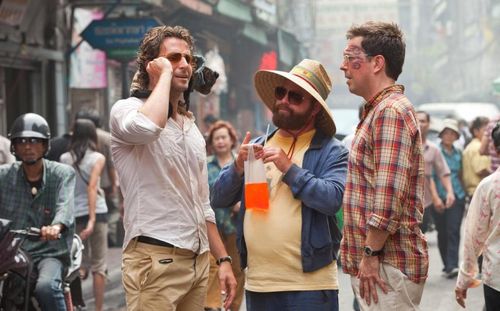 “The Hangover: Part II” isn’t a sequel, it’s a victory lap. Instead of escalating the troubles of our three blackout kings, co-writer/director Todd Phillips merely hits restart on the machine, essentially remaking the blockbuster comedy hit of 2009. The lack of pure sequel ingenuity is extremely disappointing, though this awkward photocopy does manage to seize a few laughs as it stumbles down a familiar path.

Excited to marry Lauren (Jamie Chung), an unspecified woman who looks like his daughter, Stu (Ed Helms) is ready to put his shady past behind him, traveling to Thailand for the ceremony with pals Phil (Bradley Cooper), Doug (Justin Bartha), and crazy Alan (Zach Galifianakis). On the eve of the big event, the boys, along with Lauren’s brother Teddy (Mason Lee), prepare a celebratory toast on the beach. Waking up the next morning, Stu, Phil, and Alan find themselves in the middle of Bangkok without any idea of the previous night’s events, with Teddy’s severed finger on ice and crime lord Chow (Ken Jeong) unconscious on the floor. Desperate to piece together the lost evening, the boys take off into the chaotic underbelly of the city looking for Teddy, hoping to stall wedding plans for as long as they can. 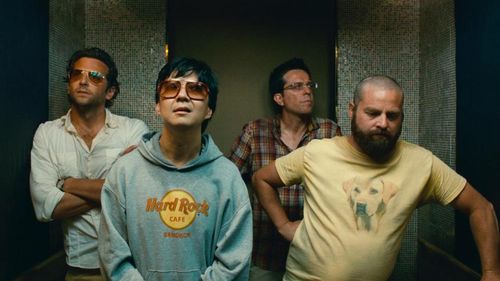 The sky was the limit when it came to sequelizing “The Hangover,” with Phillips permitted to take the three leads anywhere he wanted to go, boosted by the box office success of the original picture. Instead, Phillips plays “Part II” carefully, almost fearfully, coloring inside the lines to protect the monetary potential of the highly anticipated follow-up.

Reheating leftovers for a sequel isn’t especially shocking, yet “Part II” plays almost as a mirror image of the first picture. The big change here is Bangkok, taking over for Las Vegas as the center of moral decay for Stu and the guys. The change in scenery is nicely handled by Phillips, who’s clearly delighted with the chaos of the city, using a drug-dealing monkey, routine power outages, and the hidden treasure of ladyboys (the movie’s big offering of shock value) to help set the Eastern mood, keeping the cast satisfactorily panicked and covered in sweat. The updated setting spins “Part II” in a slightly darker direction, using Stu’s dwindling faith in his decency to amp up the hysteria, resulting in a far louder feature, gleefully playing into foreigner panic mode. The wolfpack, beaten, tattooed, and shaved, is at their wit’s end in Bangkok, with the epic potential for comedic madness served to Phillips on a silver platter.

It’s not that “Part II” isn’t funny. With the central trio of actors able to play far more feral this time around, the sequel get plenty of mileage out of confusion, capturing Phil and Stu as they being to grasp the gravity of their drunken deeds, terrifying them as they race around the city encountering gangsters (Paul Giamatti) and irritable tattoo artists (Nick Cassavetes), deal with kidnapped monks, and endure the cocaine-snorting antics of Chow. “Part II” hits a few fever pitches that amuse, and Galifiankis is good for chortle or two as the mentally challenged Alan, but the creative light that helped to guide the first film has been dimmed. Phillips is more than content to recycle everything, anxious to sustain profitable familiarity by repeating exhausted jokes.

If you’ve seen “The Hangover” you’ve already seen “The Hangover: Part II,” which follows the formula, the pace, and even the resolution of the original movie. The duplication is deflating, butchering the element of surprise for this second chapter. It’s marvelous to see these zany characters in another pickle, but the script just doesn’t make any effort. Perhaps Phillips is trying too hard to please, unable to think outside of the box when it comes to sequelizing his greatest success. Or maybe it’s just laziness with an active passport, employing an exotic locale to cover the moldy odor of a rehash. There are laughs to be had, but one must suffer through a disheartening display of déjà vu to find them. 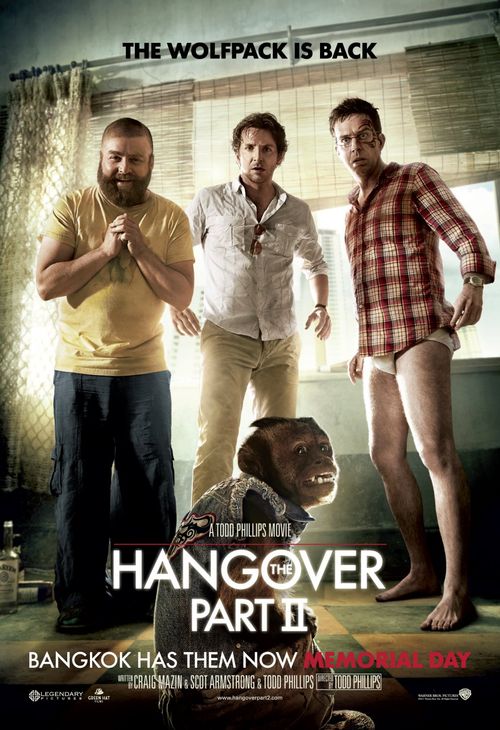