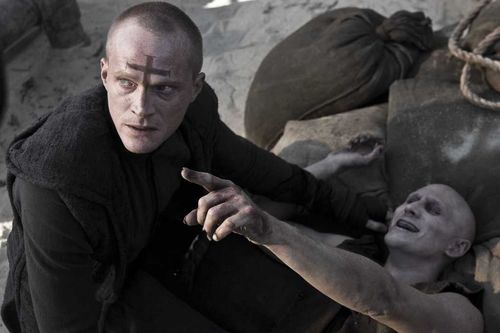 War has waged for centuries between humans and vampires, leaving the Catholic Church to train its own guard of beastly assassins, sent to fend off the bloodsucking hordes, restoring peace to the land. Now stripped of purpose, Priest (Paul Bettany) has lost himself in the bowels of a Church-managed megacity, ruled by fear-mongering leaders (including Christopher Plummer) bent on controlling their sinful subjects. When his niece, Lucy (Lily Collins), is kidnapped by a shadowy gang of vampires, Priest defies Church order and takes off into the wasteland with Sheriff Hicks (Cam Gigandet), the girl’s boyfriend, looking for the source of the latest uprising. The trail leads to Black Hat (Karl Urban), a former hunter transformed into a vicious human/vampire hybrid, looking to take over the world with his extraordinary powers. 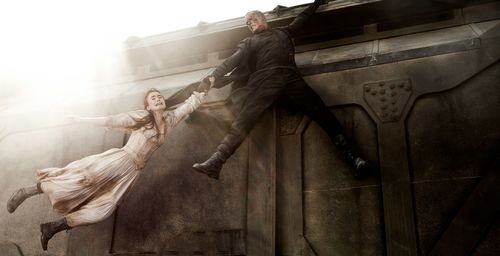 “Priest” is based on a Korean comic book series, immediately lending the feature a firm horror/fantasy springboard to launch a striking franchise of vampire-hunting motion pictures. Steeped in western influences, the film conjures a brooding atmosphere of pursuit, with a straightforward story of kidnapping and retrieval, set against a dark alternate universe where salvation has been automated and denial keeps peace. Admittedly, it’s a neat property to monkey around with, using striking images of Priests stomping around with facial cross tattoos, while fixated men on futuristic motorcycles tear off at 200 mph into the wasteland, a hopeless area outside of the Church’s control. Visually, Stewart has much to work with, only requiring an animated cast and a solid script to breathe life into the material’s considerable lungs. Uh-oh.

Acting-wise, the film is a bust, parading around a series of glum performances that fail to seize the Leone-esque tone Stewart is aiming for. Bettany plays Priest as a series of stares, straining to harden himself into a Catholic killing machine with little patience for vampires or people without facial cross tattoos. His icy grunts and monotone exposition delivery fail to charge up the alleged testosterone of the piece. And while his lean physicality works well with the swirling visual style of the picture, his performance puts the material to sleep. Worse is Gigandet, flopping uncomfortably as the overwhelmed law enforcer, while Maggie Q (here as compatriot Priestess) is brought in for her limber martial art moves, not her thespian skills. As for Urban, I’m trusting the script offered more substance to lure the actor in, because Black Hat is a shadow of a villain, barely registering beyond some awkward baddie theatrics and fang flashing.

Perhaps Cory Goodman’s screenplay was something significant at one point in development, elegantly exploring Priest’s detective skills and Black Hat’s master plan of upheaval, developing the dystopian world beyond the mere highlight reel Stewart has signed off on here. Running a mere 80 minutes, “Priest” glosses right over needed storytelling texture to hit predictable slo-mo action beats, while the vampire/beast community is populated by iffy CG creatures, making the film a plastic run of chaos, removing any serious threat.

Maybe I’m giving the filmmakers too much credit, but I’d like to believe there was once more to “Priest” than the tedious, hollow, joyless jumble that’s presented here. 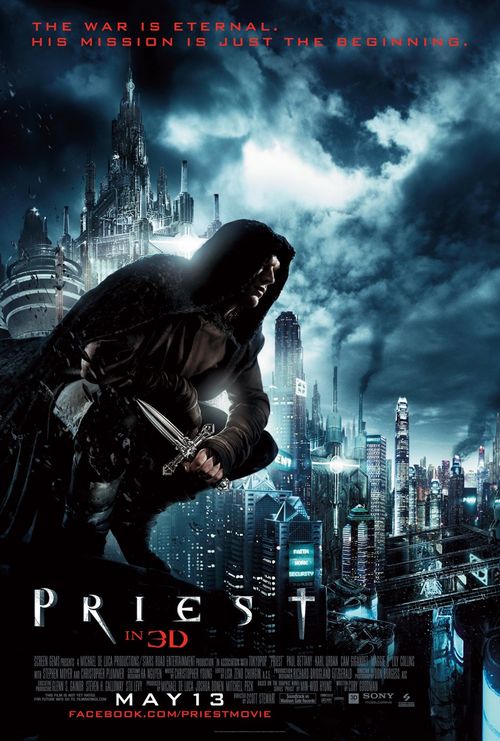