Film Review - Pirates of the Caribbean: On Stranger Tides 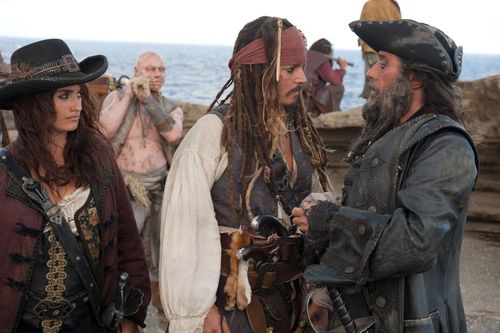 In the months leading up to the release of “Pirates of the Caribbean: On Stranger Tides,” certain members of the production have attempted to distance themselves from the wreckage of the last two sequels, “Dead Man’s Chest” and “At World’s End.” While box office was bountiful, fan reaction to the follow-ups was as harsh as an empty jug of rum, with the matinee joys of 2003’s “Curse of the Black Pearl” officially scrubbed away by overwritten screenplays, convoluted mythologies, and halfhearted performances. While it’s obvious why some would claim a rebirth in “Caribbean” mojo with this latest installment, the sad truth is “On Stranger Tides” simply resumes the mirthless antics of a franchise that’s completely lost its course.

Having narrowly escaped imprisonment in London, Jack Sparrow (Johnny Depp) is roped into a hunt for the Fountain of Youth, finding old love Angelica (Penelope Cruz) organizing a crew to retrieve the treasure, giving glory to her volatile father, the ruthless pirate Blackbeard (Ian McShane). Seeking freedom, Sparrow is instead dragged further into the scheme when Barbossa (Geoffrey Rush) reveals himself to be an agent of King George II (Richard Griffiths), while Philip (Sam Claflin), a valiant missionary, joins the search party, finding romance with Syrena (Astrid Berges-Frisbey), a kidnapped mermaid with special tears needed to unlock the true treasure of Ponce de Leon’s discovery. Sparrow, up to his eyeballs in trouble, sets out to thwart his enemies, romance his former flame, and avoid death using his skills of deception and mincing. 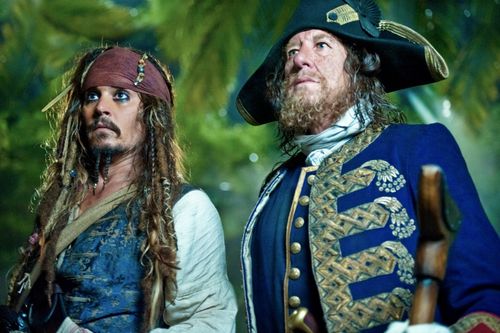 Hindsight is a powerful weapon and not something employed here by producer Jerry Bruckheimer, screenwriters Ted Elliot and Terry Rossio, and director Rob Marshall. The gentlemen gather to summon a mighty motion picture in worthless 3D, but there’s no feeling of education with “On Stranger Tides,” which continues to straddle the excruciating bloat developed over the last two sequels. This is no stripped down, back-to-basics adventure with everyone’s favorite pirate. This more of what made “At World’s End” and “Dead Man’s Chest” so labored and disagreeable, once again piling on numerous plot detours, unnecessary characters, and flimsy magic to present a buffet for audiences who’ve already filled their bellies to the brim. There once was a time when Jack Sparrow was a king of a character, with every last heavenly twitch and smirk a delight. Now the floppy scoundrel is borderline obnoxious, and his latest adventure is a monumental snooze.

The quest for the Fountain of Youth, highlighting Sparrow versus Blackbeard in a race to an unstable utopia, is a grand foundation for a ripping “Caribbean” adventure, playing up the supernatural and the suspenseful (frosted with silly), returning the franchise to the new car smell of the original picture. Unfortunately, the pirating basics just aren’t enough for this production squad, with the story clumsily spread around to a suffocating amount of bland characters, each with their own goals and concerns, quickly overwhelming Marshall, who never quite locates a main player to concentrate on. Sparrow is almost an afterthought here, with a horde of faces competing for screentime, submitting their tedium without mercy. 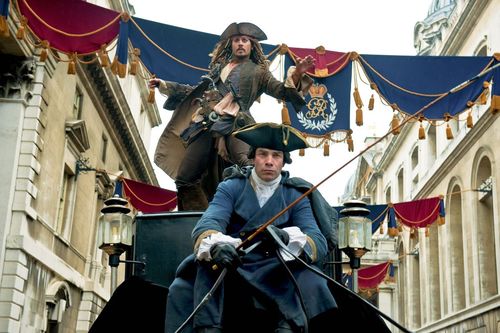 Blackbeard? He’s hardly a menace, basically employed to stare threateningly at Sparrow and give screechy Angelica a backstory of some dimension. Barbossa? The subplot of a pirate morphing into a one-legged nobleman for vengeful reasons is interesting, but left for dead by Marshall, who doesn’t have the screen minutes to devote to Rush, who’s easily the best thing about the movie. And Philip and Syrena? D.O.A. Their romance is crudely shoehorned into the project as a way of compensating for the loss of Keira Knightley and Orlando Bloom, who’ve wisely skipped this fourth installment. Again, precious focus is wasted on lackluster performances and ineffective characters, which exhaust the picture repeatedly, turning fanciful digressions into rudderless monotony.

Also troubling is Marshall, who’s not an action filmmaker, lacking the proper clenched-jaw imagination required to orchestrate broad designs of swordplay and general pirate world vigor. “On Stranger Tides” suffers from obvious stiffness, displaying sluggish stuntwork and mechanical chase sequences. You can almost see the performers counting off their choreographed moves, making the picture feel leaden, absent a swashbuckling spark that should rightfully emerge from a production of this scale. A “Caribbean” movie shouldn’t be this unresponsive, this devoid of personality. However, Marshall does his best to drain momentum from every scene, revealing a complete discomfort with the genre and a cruel disregard for its thrills. 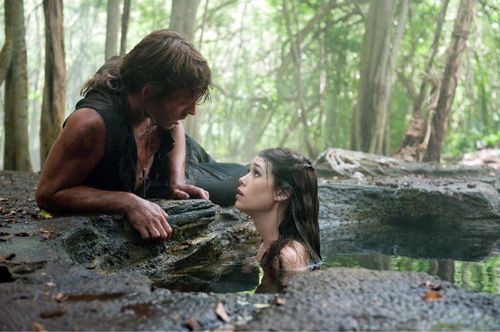 There are killer mermaids, zombies, an entire action scene built around the retrieval of a cake (what?), a Judi Dench cameo, an aggressive film score that’s rabid to underline the “fun!” we should be having, and a visibly pregnant Penelope Cruz barely participating in any physical movement. And, of course, there’s Johnny Depp, returning to his most popular role with a wilted zeal that could only emerge from the anticipation of a substantial paycheck. There’s much to watch here but very little to see, and the picture left me defeated, nursing a 3D headache. After those last two sequels, the script’s obesity and deadly pace of “On Stranger Tides” makes absolutely no sense to me. Perhaps unconscious is truly how the general public prefers their Jack Sparrow adventures.

Provided a golden opportunity for a spectacular reinvention, the franchise instead hits a sour, predictable note with “On Stranger Tides.” Yo ho, this pirate party is over 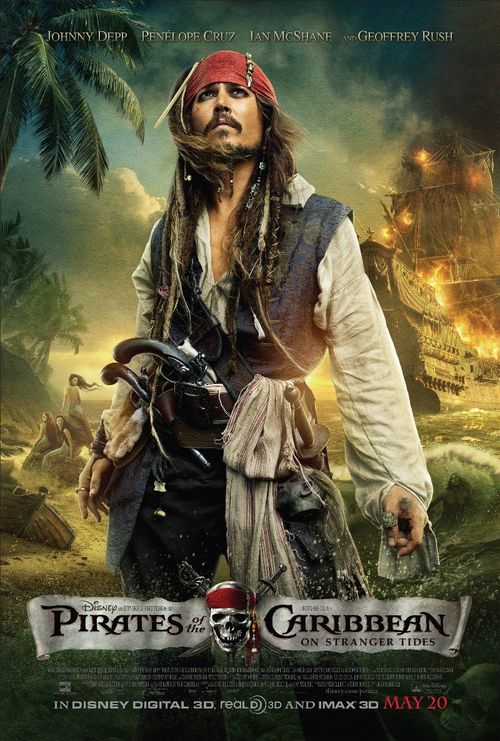