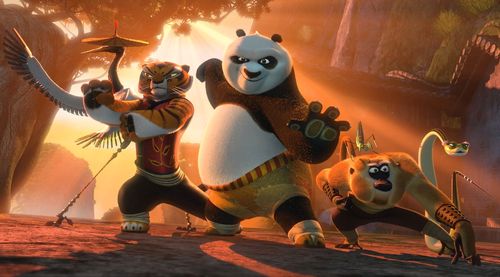 2008’s “Kung Fu Panda” was such an unexpected delight, merging furious martial art action and a traditional hero’s journey narrative to create a quirky, spirited comedy, making ideal use of star Jack Black’s verbal idiosyncrasies and playful heft. The development of a sequel wasn’t the most welcome news, threatening to sink a sublime feeling of creativity through cash-happy repetition. It’s a relief to report that “Kung Fu Panda 2” isn’t only superb, but matches the original picture in terms of scope and sentiment, once again following Po as he seeks to attain peace in his special bumbling manner.

Now a kung fu master, Po (voiced by Jack Black) is thrilled to be given a chance to protect his homeland, fighting evil alongside Tigress (Angelina Jolie), Mantis (Seth Rogen), Crane (David Cross), Snake (Lucy Liu), and Monkey (Jackie Chan), while seeking wisdom from teacher Master Shifu (Dustin Hoffman). When the wicked peacock Lord Shen (Gary Oldman) rises to power, harnessing the destructive dark power of fireworks, Po and the gang are called into action to stop him. However, Shen’s arrival raises questions within Po about his past and how he arrived into the care of his loving father, noodle-slingin’ goose Mr. Ping (James Hong). Struggling to decode his life, Po faces not only Shen’s fiery wrath, but a paralyzing uncertainty of self. 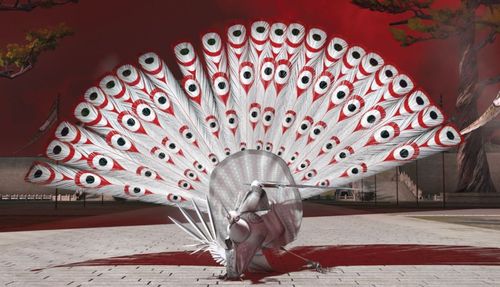 After rising to the rank of master with the mighty power of “skadoosh,” Po faces an unusually intimate threat for this second CG-animated outing. “Kung Fu Panda 2” introduces an upsetting psychological space for our darling hero, who’s faced with Lord Shen and the puzzling role the peacock played in the death of his parents after a countrywide slaughter to erase any prophesied panda uprising.

While still firmly rooted in cartoon mischief, the sequel elects a darker tone of sacrifice and dishonor, creating an authentic threat out of Lord Shen and his explosive superweapons. It’s an intriguing sensation of shock, nurtured gracefully by the screenplay and imagined gloriously by gifted director Jennifer Yuh, who inch away from the original’s overtly cartoon tendencies to widen Po’s concern. Not only is the battling panda looking to shut down Shen’s devastating progress, but he’s searching for his origin tale, digging for clues that will help to understand himself and his place as a warrior -- a quest that worries Mr. Ping greatly, out of parental protection instincts and personal concern, nervous he’ll lose his beloved Po as his adoptive son.

A stream of bellylaughs is lost here, with “Kung Fu Panda 2” a little creaky in the comedy department, save for one hysterical moment where Po threatens Shen from afar, a place of high ground where nobody can actually hear him. The animated set pieces are technically flawless, with Yuh staging eye-busting battle scenes that employ rousing feats of flight and fist from the animal heroes, but also smuggles in plenty of physical comedy, again tracking Po as he bounces all over China, leaving a trail of destruction behind him. The film is funny, but never outrageously so, reducing the laughs to find poignancy with Po’s parental quest. The movie is a visual feast, accentuated with a crisp, effective deployment of 3D, moving with stunning fluidity and fierceness, packed with extraordinary detail. Yet, “Kung Fu Panda 2” is at its finest when focusing on the internal churn of the characters, watching Po and even Tigress (who’s warming up to her rotund partner) come to terms with their fractured past, helping them achieve the special yin-yang balance of inner peace needed to defeat Shen. 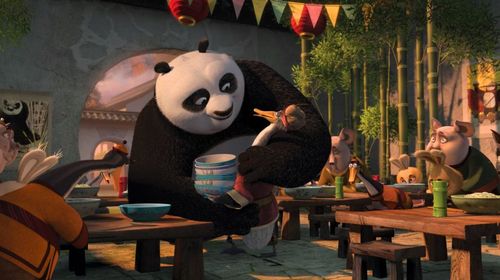 Though the genre is known for skimping on the evil details, or perhaps overemphasizing villainy to a cartoon degree, “Kung Fu Panda 2” has an unusually rounded baddie in Shen. Though his wickedness is never subtle, Oldman’s barbed vocal performance supports the film where it needs it the most, giving the dark force at the middle of the conflict convincing malice. Playing to the actor’s blustery gifts, Yuh shapes a memorable villain, riding Oldman’s wiggly temper perfectly as Shen asserts his power and grows increasingly infuriated with Po’s interference. Working the titular role again with his dopey charms is Black, who dials down his tics in an effort to make Po vulnerable and confused, though his mighty Blackisms are heartily deployed when the need arises. The rest of the ensemble commits effortlessly to the material, though a special hug is reserved for Hong, who establishes such a heartbreaking portrait of paternal pride and worry as Ping, stealing every scene.

“Kung Fu Panda 2” includes the requisite explosive conclusion, with accompanying fights and taunts launched between Po and Shen. However, the mayhem comes second to the material’s summation of home and purpose, introducing a rather effective emotional climax that warms the heart. Though the film bluntly sets up a third installment in the end, the sequel itches are welcome this time, with the second round proving there’s still so much to explore with these animal defenders. 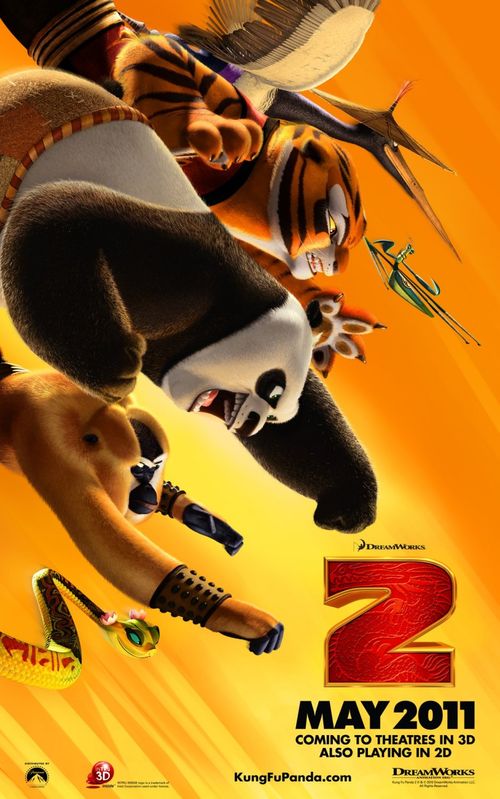