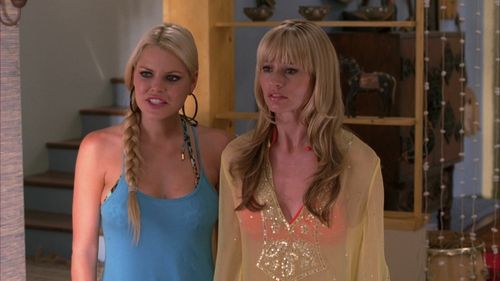 “Hard Breakers” isn’t a very robust motion picture, but the idea of a female director guiding a T&A stoner comedy is intriguing, especially with a pair of actresses in the lead roles. Giving the genre a refreshing gender curl, the picture still falls short in the laugh department, with a distinctly stale sitcom air penetrating the relatively vulgar mood.

Best friends for life, Alexis (Cameron Richardson) and Lindsay (Sophie Monk) have moved out to the sun and fun of Malibu, hoping to surf and shag their troubles away. Finding difficulty attracting the right type of guy, the ladies have grown frustrated, on the hunt for a gorgeous, low-maintenance man. Finding a hard shot of head trauma helps to score amorous partners, the duo proceed to beat a few targets into submission, dragging the hunks back to their apartment. When their antics land a genuine catch (Adam Gregory, wearing a ridiculous wig), Alexis looks to settle down with her new love, while Lindsay meets up with man-hunter Jodie (Tia Carrere) to hone her skills. 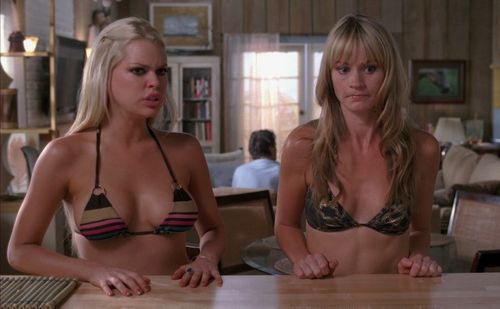 “Hard Breakers” isn’t inspired in the least, but it offers a surprising amount of bubbly effort for such a low-budget comedy. Credit co-writer/director Leah Sturgis for the passable injection of enthusiasm, giving the unsophisticated antics a palatable feminine snap, trading the daydreams of slobbering men for two puckish, bikini-clad stoners, apparently raised on “I Love Lucy” reruns. The picture has a small amount of nudity and some broad sexual situations, but it plays more light than angry, flirting with debauchery instead of finding new lows to help jolt bored audiences awake. Not that anything here is even remotely clever, but the flighty spirit of the picture is friendly enough to engage, offering shenanigans with a pronounced smile and wiggle.

As the central pair of daffy date hunters, Monk and Richardson offer an animated performance effort. Though they lack the technical training to nail punchlines and physical comedy, the duo share an easy chemistry, easily grasping the goofy tone of the picture. The actresses do most of the heavy lifting, mugging and jiggling their way around the frame. While the effort can be exhausting to watch when the script heads down some particularly insipid roads, much of the tepid insanity is elevated by the women and their enthusiasm. Goofy is always welcome, and Monk and Richardson appear to have a flair for the silly business. A supporting cast of C-list stars (Tom Arnold, Chris Kattan, Stephen Toblowsky, and Bobby Lee) lends the film some bottom-shelf cred, but Sturgis finds more entertainment value in her leading ladies. 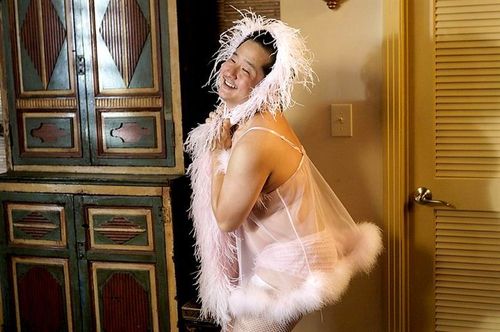 There’s barely a story to be found in “Hard Breakers,” with the central concept of head trauma as an aphrodisiac abandoned hurriedly to burn through host of moldy clichés. A film this thin should remain as outrageous as possible, forming a personality from the screwball situations, taking immense pleasure in comedic violence. Instead, Sturgis drops the feature’s most appealing element quickly, as though afraid to add some inspired chaos to her otherwise bland comedy. 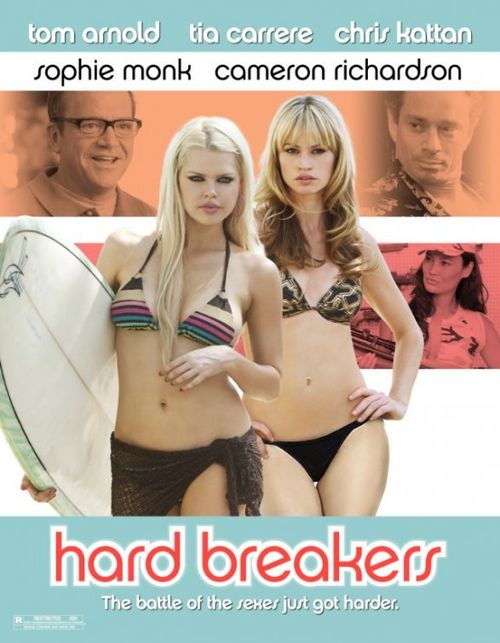