“Deep Gold” is a throwback of sorts to the lesser works of cheesecake filmmaker Andy Sidaris, utilizing exotic locales and beautiful actresses to backdrop a pedestrian tale of villainy. It’s not a very good movie, but it’s entertaining in spurts, especially when director Michael Gleissner drops his concentration on the flimsy story to raise some hell, tearing around the Philippines with a cast of wet actresses on big boats doing their damndest to make this foolishness credible.

When her military pilot boyfriend is killed in a crash while flying a shipment of gold bricks to a secure location, champion freediver Amy Sanchez (Bebe Pham) is devastated, seeking comfort in the arms of her sister, Jess (Jaymee Ong). Demanding answers, Amy orchestrates her own investigation into the accident, traveling with Jess into unknown waters, employing help from friendly radio D.J. and tech whiz, Lulu (Laury Prudent). Finding monetary support from journalist Benny (Michael Gleissner), the sisters speed across the ocean on the hunt for clues. Instead, they uncover the missing gold, putting themselves into the life of fire as various villains arrive to retrieve the prize.

“Deep Gold” is a primitive B-movie and should be approached as such. This is not a film of intelligence or logic, but something candied to offer a few moderate thrills for audiences who prefer their action thick-fingered and cheesy, sold by a good-looking cast with little to no acting ability. Toss an alien or some type of shark/locomotive hybrid in here and it could easily pass for a SyFy Original.

Entrepreneur Gleissner tries his hand at filmmaking with this soggy actioner, and while the man can’t assemble basic elements of suspense or sentiment, he has a great eye for locations, with the picture employing the vast blue of Filipino waters, drenching the movie in golden sunshine. Whatever “Deep Gold” lacks in production polish, it makes up for it in natural beauty, providing plenty of diving excursions and boating encounters that lend the film some sense of scale and location, generating a spirited tone of aquatic adventuring. For a low-budget picture, “Deep Gold” looks quite inviting, serving as an impressive travelogue for the Philippines. 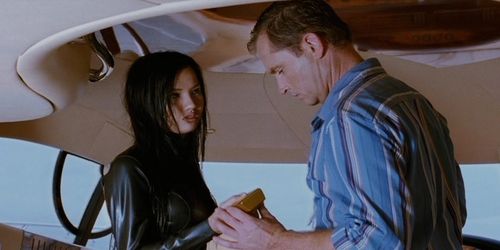 Gleissner envisions a Bondian action event with his feature, but lacks the technical expertise to pull off such lofty ambition. The dialogue is crammed with clunkers, clogged with obvious exposition, handed to stiff actors who’ve been crudely dubbed. The chase sequences fare better, zooming around tropical locations, and there’s a mid-movie showdown inside a library that’s energetic and destructive enough to pass. “Deep Gold” has a few stirring moments, but the amateur-hour ambiance of the feature can be cringe-inducing at times, especially when the script sets up some obvious villain reveals and creates a redemption subplot for Jess, who’s established early as a woman afraid of the water. Guess where she needs to go for the finale?

“Deep Gold” has its moments, and there’s a certain hokey pleasure in seeing Pham run around in a wetsuit easily outwitting the baddies (wicked men who don’t seem to understand how gasoline works), slipping in and out of the water while she saves the day. In more exploitive hands, the movie could’ve been a tremendous guilty pleasure. Gleissner plays it relatively clean (Amy’s big shower scene feels like an actual shower) and straightforward, which kills the fun factor. But hey, at least the picture is gorgeous to look at. After all, that’s what earplugs are for. 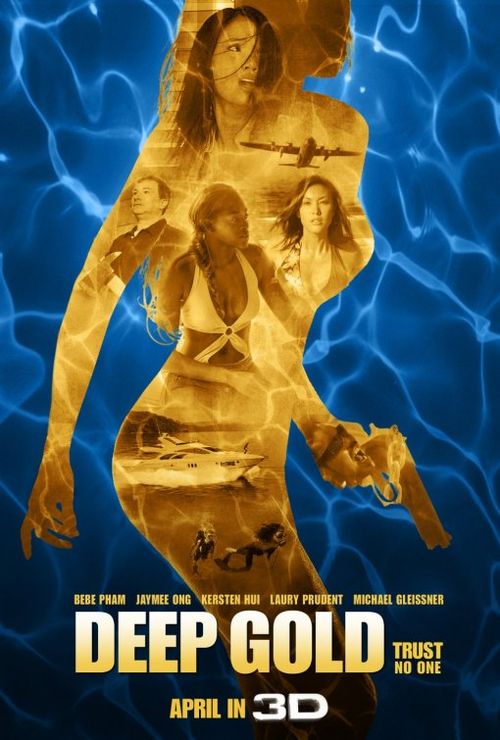 Being that I did the online editing for this, You gave the movie way too much credit :D