I sat down with “American: The Bill Hicks Story” holding only a slight awareness of the comedian, who died of pancreatic cancer in 1994 at the age of 32. I never found the man funny, but retained a curiosity about the “bad boy” comedian who commands such reverence in stand-up comedy circles, anticipating an extraordinary education from this documentary. Unfortunately, “American” doesn’t impart much in the way of hard facts about Hicks, preferring an affectionate route of celebration, blindly fawning over this mystery man in a way that would likely make Hicks himself retch.

Directed by Paul Thomas and Matt Harlock, “American” is a BBC production that eschews a traditional documentary presentation. Playing into genre trends, the filmmakers collect images and footage of Hicks, manufacturing a cartoon narrative with the multimedia, forgoing talking heads to broadly animate faces and places as a way of creating life from static recollections and evidence. The effect is quite tiring to watch, while also requiring a monumental concentration on voice ownership, with friends and family speeding by in this patchwork quilt of a movie. The intention is to reconstruct the anticipation and flurry of Hicks’s career, jolting the frame with movement that brings the subject back to life. It’s a determined directorial rush, but creates a plastic representation of the man, losing his essential humanity. 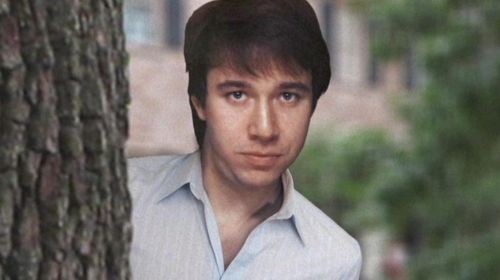 “American” spans the Hicks experience, working from his early itch of comedy (with partner Dwight Slade) to the decline of his health, tracking the ups and downs of this complicated man as he reached for his performance dreams. The footage isn’t terribly revealing (little is shown of Hicks in a passive domesticated state), but Thomas and Harlock do communicate a purity of focus within Hicks as he struggled with chemical dependency, depression, and the development of his venomous act, working the Texas stand-up circuit with a fury that often rattled audiences and romanced his fellow comics. Hicks was intelligent and passionate about philosophical ideas, morphing from a content joke teller to a rabid stage prophet of sorts, sucking down cigarettes as he scolded his audience, berating paying customers for their apathetic attitudes toward the government and big media. Hicks crowned himself king of the world, with his act a series of lacerating diatribes on the state of humanity.

How Hicks shaped and defined his comedy is never explored in full. Instead, “American” rolls over and expects the viewer to scratch its belly, serving up extended performance clips and highly rehearsed memories from friends and family that fail to challenge a prickly man who treasured the thrill of confrontation. The filmmakers toss softballs left and right here, spending more energy worshipping Hicks and his stage work, and not enough on his passions and private thoughts. Granted, without the comedian’s participation, it’s difficult to manufacture true insight. However, “American” doesn’t make a substantial investigative effort, skipping incredible questions of behavior, contradictions, backstage temper, and career complications -- Denis Leary isn’t brought up once, despite playing a major role in why Hicks is remembered today. 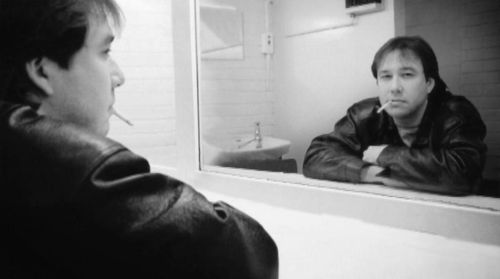 The anamorphic widescreen (1.78:1 aspect ratio) balances the animation and performance clips with essential smoothness, blending together all types of film and video sources. The overall image juggles satisfactorily, with a nice sense of color separation and black levels. While it doesn’t have a profound crispness (EE is detected throughout), the presentation keeps the basics of the documentary in check.

The 5.1 Dolby Digital sound mix offers more potency than expected, with a satisfying grasp of soundtrack cuts, utilizing Hicks’s own musical offerings to help guide the mood. The songs sound lush and dimensional. Interview audio is generally thin, but always understandable, kept frontal to maintain emotional points. Animation offers some directional activity, with whooshing visual cues kicking into the surrounds. Admittedly, some of the audio isn’t in the strongest state, but the track carries the burden gracefully, making the best out of an impossible situation. 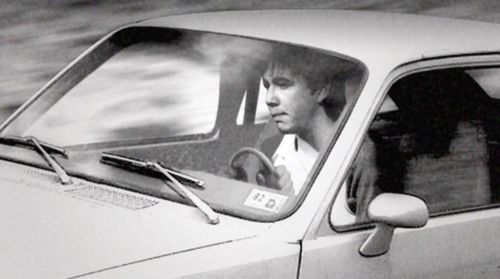 “Austin Panel at SXSW” (10:22) heads to the Texas festival to chat up the filmmakers and members of the Hicks family, discussing their history with the subject and general awe with his talents.

“Dominion Tour” (7:45) returns to the site of a Hicks comedy special, probing the producer and director for their memories about the event.

“Extended Interviews: Part 2” (121:18) again supplies a gargantuan amount of supplementary stories, following Hicks as he enters the stand-up phase of his career, deals with his demons, and confronts his diagnosis of cancer.

“Festivals in the UK & USA with The Hicks” (14:56) traces the promotional route, capturing parties and interviews involved with a film festival debut.

“Hicks at Abbey Road Studios” (4:29) isolates the comedian’s musical ambitions, with family members taking demos to the former home of the The Beatles for a final polish.

“Kevin Shoots His Film in L.A.” (3:51) chats up Hicks friend Kevin Booth, who shills for his own documentary effort on the drug wars of the world.

“15th Anniversary Tribute” (7:59) covers a Brit party in Hicks’s honor, celebrating his life many years after his death.

“Comedy School” (19:00) brings in Dwight Slade and James Ladmirault, who lend their thoughts on the glory and woe of the stand-up dream. 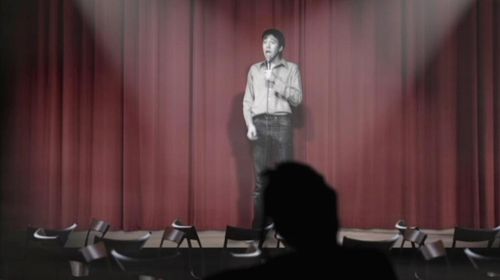 “Dwight in London” (5:45) returns to Slade, who discusses his adventures in Europe as an American.

“Making of Arizona Bay” (7:23) uncovers the creation of Hicks’s comedy album, a more conceptual effort released in 1997. Valuable here is footage of Hicks in action, making music and telling jokes.

“The Ranch” (7:51) investigates the open land where Hicks decided to experiment chemically to expand his mind.

“Rare Clips” (16:08) is perhaps the most striking addition to this overstuffed DVD, presenting Hicks in his natural state: on stage and raging. 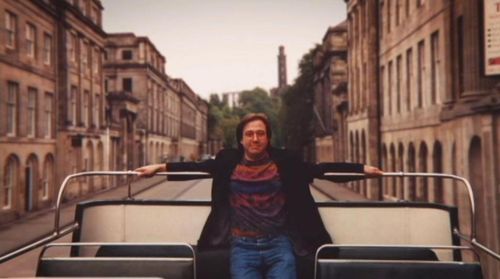 “American” looks to cradle Bill Hicks, not confront him, which seems antithetical to his work as a comedian and overall hypersensitive performer. The man wanted his audience to defy authority and dispute so-called facts, urging the sleeping to wake up and question everything. The documentary on his life takes special care not to disturb golden memories, submitting a colorless bouquet of achievements, not the fascinating textures of an idiosyncratic life cut down in its prime. 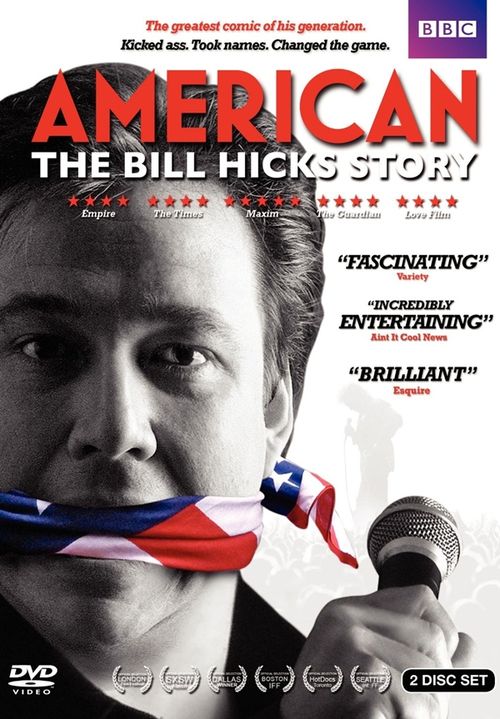