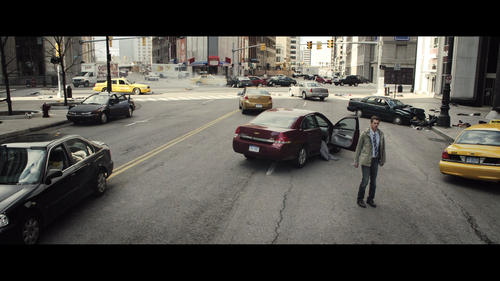 Creating suspense from the creep of shadows takes a special filmmaker, and director Brad Anderson is certainly capable of pulling out chills from nothingness. While flawed and perhaps a bit too elusive, “Vanishing on 7th Street” is an interesting little sci-fi/horror hybrid that urges the viewer to fear the dark, skillfully executed with a healthy amount of scares and inviting confusion.

An average day in Detroit has been interrupted by blackouts, with the majority of the populace mysteriously erased in the darkness, abducted by an unknown presence of possibly malevolent shadows. With the city emptied and the power out, a few survivors have found comfort inside an abandoned bar running off a gas generator. For television news personality Luke (Hayden Christensen), mother Rosemary (Thandie Newton), projectionist Paul (John Leguizamo), and 12-year-old James (Jacob Latimore), the outlook is grim, with the shadows creeping in as critical sources of light are depleted. Faced with the terrifying unknown, the gang sets out to escape the darkness, fighting a tricky enemy that uses manipulation to trap its victims. 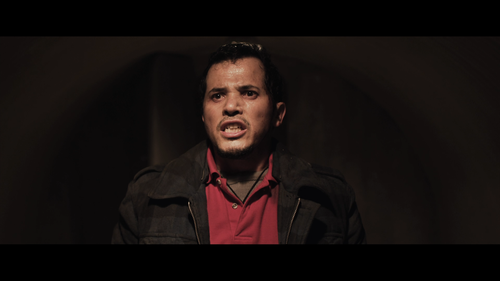 The director of “Session 9,” “The Machinist,” and “Transsiberian,” Anderson has found his niche in bleak thrillers that fuel up on nightmarish imagery. “Vanishing” furthers his foray into dark events, working a script by Anthony Jaswinski that relies primarily on visual mood, detailing a force of alleged evil that prowls the night, slowly eliminating daylight to seize those stray souls struggling to remain alive. It’s a post-apocalyptic battlefield that works well for screen suspense, with Anderson clearly relishing his time arranging stalking shadows and frantic survivors, with a few “wow” moments sprinkled throughout as the full effect of the titular event is revealed (make sure to check the sky for falling airplanes).

“Vanishing” plays much like a “Twilight Zone” episode, with more emphasis on human reaction than gaudy visual effects. After the gripping set-up, the picture holds tight to the barroom introductions, where we learn backstories and fears, understanding the panic as these individuals openly wonder where their loved ones have disappeared to. Jaswinski’s script delves into psychological disturbance and religious overtones, yet remains frustratingly distant, refusing to isolate the wrath of the shadows as a way of encouraging personal interpretation. The screenwriting, with its clumsy expository asides, can’t support the mystery, especially with a few esoteric touches tying the doomsday scenario to America’s first English settlers -- a strained concept that’s too much for this skeletal picture to swallow. 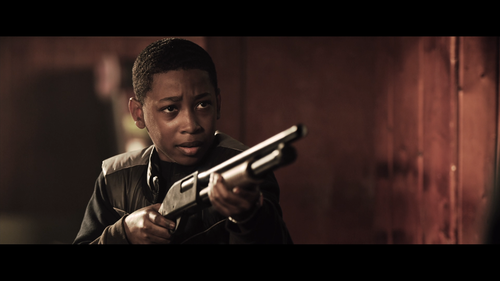 The AVC encoded image (2.35:1 aspect ratio) presentation struggles with the highly processed look of the film. Banding issues are visible throughout the film, while incidents of noise pop up from time to time. Colors are generally subdued, with the cinematography going for a more menacing, washed-out look, with hues competently separated, but never quite remarkable, even on their diluted state. Clarity is comfortable, with a solid read of facial detail and claustrophobic interiors, losing some intensity when contrast levels rise. Skintones look very synthetic, but that appears to be a creative choice. Shadow detail is satisfactory, with a majority of the low-light encounters easily understood.

The 7.1 DTS-HD sound mix is a heavy read of the picture’s suspense beats, with intense directional activity that sustains the threat, while also supplying a welcome range of atmospherics. Dialogue is key here, with a decent range of emotional performances sharply communicated, pushed frontal to retain urgency. Scoring cues are well placed and circular at times, feeding into the intensity of the moment without stepping on the storytelling. Low-end is light, but perks up a few scenes of violence, adding some desired rumble. It’s not a massive sonic undertaking, but a slick low-budget mix that keeps alert and supportive. 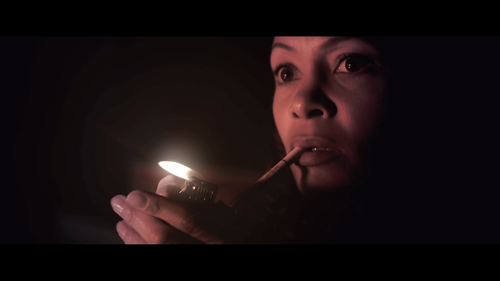 The feature-length audio commentary with director Brad Anderson is a sleepy affair, with the filmmaker dryly exploring technical challenges and interpretation. Anderson doesn’t seem fully invested in the process, but when he’s interested in breaking down the elements of the frame, the track provides a few interesting revelations, mostly about shooting the end of the world in Detroit. He also enjoys chatting up the mysteries of the script without providing solid answers, refusing to spoil the picture. Unfortunately, there’s a lot of play-by-play filler, which pads the commentary some.

“Alternate Endings” (8:21) aren’t considerable changes in resolution, but a series of small variations on the same conclusion.

“Revealing the ‘Vanishing on 7th Street’” (7:04) collects on-set interviews with cast and crew, who express their admiration for the story and the mysteries that lie within. Production origins and thematic intention are also discussed.

“Creating the Mood on 7th Street” (4:23) chats up the fear factor of the film, with interviewees discussing their concept of terror and how the suspense of the movie was crafted by the production team, helped along by the crumbling wonders of Detroit.

“Behind the Scenes Montage” (2:13) arranges a satisfying collection of production footage, providing a brief experience of the film shoot, with special attention placed on hardware and set construction.

“Fangoria Interviews” (30:23) spends extended time with Brad Anderson and actor Jacob Latimore, who discuss their participation with the film in a sterile junket setting. Most of what’s covered here is found elsewhere on the disc.

“HDNet: A Look at ‘Vanishing on 7th Street’” (4:21) is a promotional tool comprised of brief interviews communicating the tone of the film. 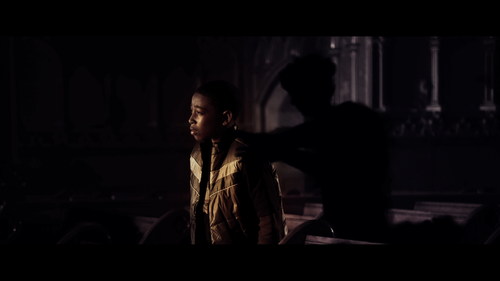 The feature is strongest when dealing with the threat head on. Anderson stages inviting terror sequences that make good use of the uninhabited locations, keeping the characters scurrying around the dark, maniacally searching for light while the shadows invade. When locked in panic mode, “Vanishing” finds ideal suspense, sustaining the paranoia surprisingly far on such a low budget, offering some twitchy thrills to go with the unwelcome ambiguity. Unfortunately, the feature insists on concluding with more questions than answers, but if you’re able to drown out its existential inclinations, there’s plenty of entertainment to be had as sunlight fades and the shadows move in for the kill. 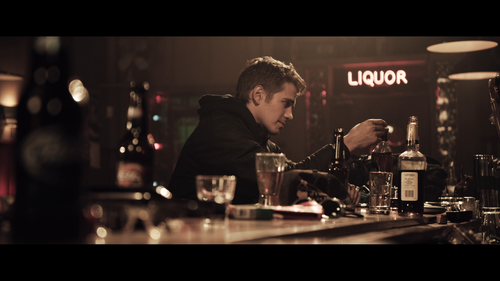 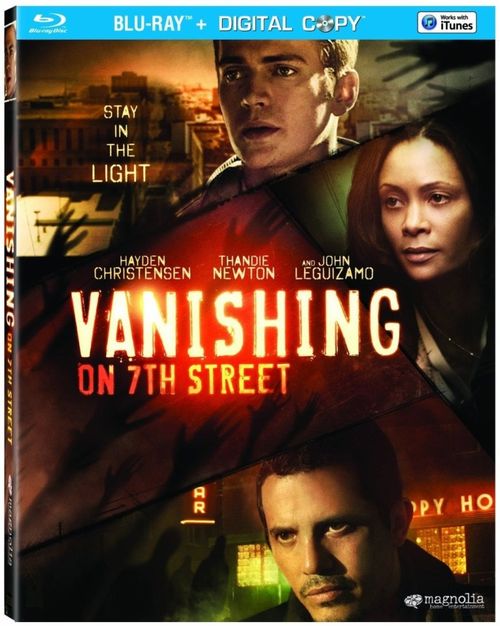