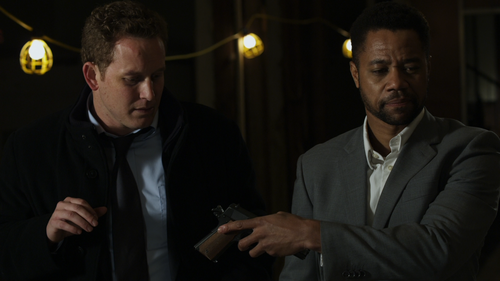 “The Hit List” opens with a repellent, but admittedly tantalizing concept: What if someone offered an opportunity to knock off five people causing you great distress? A sinister chance to permanently remove ugliness from your life? Frustratingly, “The Hit List” doesn’t toy with the viewer using this theme of revenge, instead working tired DTV action tropes in an effort to appeal to the genre’s worst habits. However, through the smoke and cheese lies a dark premise that deserved a far more immoral examination.

After losing a critical promotion, finding out his wife has been cheating, and fearing retribution from loan sharks, Allan Campbell (Cole Hauser) is having the worst day of his life. Taking to a bar to soothe his depression, Allan strikes up a conversation with Jonas Arbor (Cuba Gooding Jr.), a sickly man nursing a glass of water who’s surprisingly forthcoming about his work as a professional killer. Spilling his fears and frustrations to the stranger, Allan is shocked to hear an honest assessment from Jonas, who labels him a coward, urging him to take command of his problems. Imploring Allan to scribble down the names of five people he wants killed, Jonas takes the instructional cocktail napkin and commences his plan of attack. Allan, soon realizing what he’s done, sets out to stop Jacob before he reaches the person sitting at the top of the list: his wife. 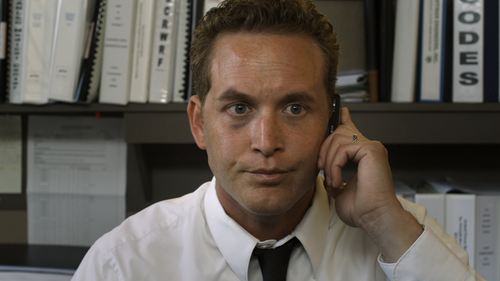 Writers Chad and Evan Law have something fascinating with “The Hit List.” Not revolutionary or particularly clever, but interesting, exploring an irrational thought taken to an extreme via a crazy man who doesn’t fear death. There’s a foundation here for a severe thriller that mixes grand psychological torment with truly wicked business, providing a sinful viewing experience, a guttural bit of ugliness that toys with the true price of wish fulfillment.

What “The Hit List” actually becomes after a convincing set-up is a route DTV actioner that pits an excitable Hauser against a sleepy Gooding Jr. Director William Kaufman does what he can with these genre parameters, but the lack of invention is draining at times, eschewing a furious reworking of clichés to blow up cars and spray bullets, while the actors jog around putting in a 50% effort. The feature has moments of suspenseful commotion, but the premise is slowly deflated as the story unfolds. After establishing an uneasy, booze-fueled alliance between Jonas and Allan, the film devolves into predictability involving devoted cops (Jonathan LaPaglia), government agent backstories and Iraq War connections, and sweaty tests of mettle. Cars flip, orders are ignored, and Allan learns the true price for his fantasy murder spree. 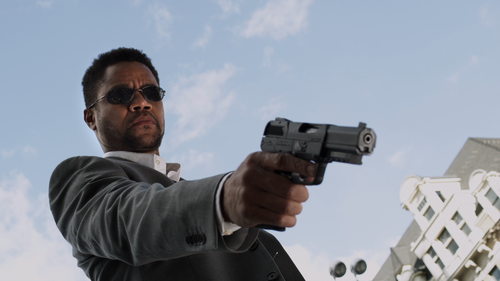 In the center of all the noise is Gooding Jr., who doesn’t look particularly thrilled to be making this movie. Granted, his character is terminally ill and deeply disturbed, but his posture suggests career misery instead of method acting. Better is Hauser, who at least looks alive, excitedly playing up Allan’s horror and regret, offering the film’s best performance. That isn’t exactly stating much, but a win is a win. 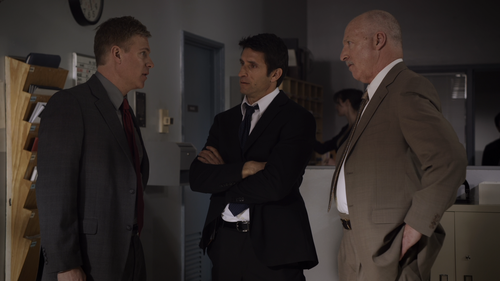 To fit a low-budget mood, the AVC encoded image (1.78:1 aspect ratio) presentation looks very clean and a little on the soft side. Clarity is comfortable, with a healthy read of Spokane, Washington locations and character faces, with beats of worry easily observed and processed. Colors are satisfactory, if not entirely vivid, though bar interiors have a generous neon glow, while exteriors retain their urban coldness. Shadow detail is acceptable, looking a little muddy during evening encounters. Skintones appear natural, subtly communicating Jonas’s illness.

The 5.1 DTS-HD sound mix doesn’t drive home any exceptional force, instead taking care of dramatic particulars with a professional effort. Dialogue exchanges are on the quiet side, sounding tinny at times, though exposition isn’t lost. More heated conflicts sound weighty and circular. When the violence perks up, so does the track, offering solid directionals for gunfire and car chases. Scoring cues also elevate when the going gets tough, helping to support the action. Atmospherics are light, served best in bar and police station interiors. A French track is also included. 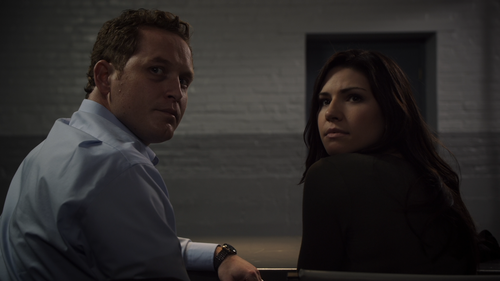 Where “The Hit List” ultimately goes isn’t remarkable, but it’s not completely unappealing, especially for fans of police station shoot-outs. Unfortunately, the true potential of the material isn’t developed beyond snips of depravity, which is a shame. After all, in the DTV world, a film like this could use every last morsel of shock value it can find. 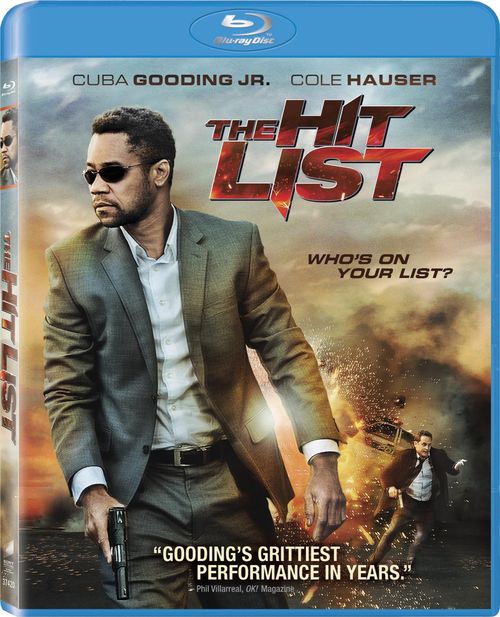