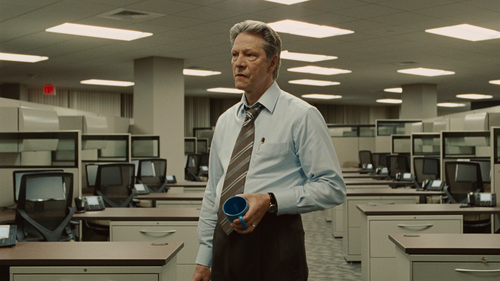 “The Company Men” is not a comfortable film to sit through. It is most certainly not escapism. Dealing with the disturbing subject matter of unemployment, the picture summarizes a national reality in a blunt matter, carrying the woe and aggravation to a dramatic stage for a more fulfilling consideration, using the extraordinarily gifted ensemble to explore a shared fear. Finding catharsis in bleak matters, the picture satisfies with its sincerity, allowing viewers to sympathize and reflect on the nature of job loss through this efficiently directed eulogy for American industry.

With their shipyard conglomerate nearing stock market calamity, executives Bobby Walker (Ben Affleck), Phil Woodland (Chris Cooper), and Gene McClary (Tommy Lee Jones) have found themselves out of a job, pushed into an ice cold employment field that doesn’t offer many comforting prospects. Hoping to keep up appearances, Bobby refuses to accept the joblessness, watching bills mount as the months pass, putting stress on his marriage to supportive wife Maggie (Rosemarie DeWitt). Phil is confronted with his advanced age in a market of up-and-comers, sickened by his situation and the humiliation that comes with it. As the second-in-command at the company, Gene is haunted by the loss of his industry, left with a mistress (Maria Bello) and the pain of a manufacturing dream that’s died on his watch. 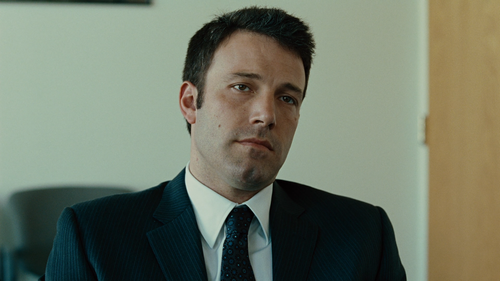 “Company Men” is cinematic medicine, but it’s not a turbulent ride of despair. Accurately capturing the zeitgeist with a sturdy dramatic execution, the picture actively seeks to value the grueling psychology of unemployment, and how the vulnerability it encourages cruelly slashes routine. Written and directed by television legend John Wells (“ER,” “The West Wing”), the feature is a concerned creation that doesn’t soft-pedal the brutal realities of joblessness and recession-era sacrifice. The aim is to compact all the nuanced shock into a tidy 100-minute feature, but the overall position is direct observance of struggles from terrified men used to a certain comfort from life. Perhaps not everyone will relate to the suits and the corner offices, but the primal emotions and weary survival instincts are universal.

To articulate the downfall, Wells has brought on an incredible acting troupe able to find the fragile shadings of frustration. Affleck matures nicely as the thirtysomething hotshot staring down the end of his career. The role plays smartly into Affleck’s natural charisma, breaking down a man who assumed his confidence could never fail him. He golfs, drives a Porsche, and lives an expensive lifestyle, and his engorged pride won’t allow him to give up on his standard of living, forcing him to furiously scramble for employment, soon finding humility in carpentry work with his brother-in-law, Jack (Kevin Costner, in an effectively blue collar supporting turn). Jones and Cooper enjoy more feral arcs as the older guard mourning the death of their industry, painfully recalling an age when workers mattered more than stock prices, watching as the cold-blooded, greedy corporate mentality they participated in steamrolled over fundamental employment ethics. The trio of lead performances here are stunning in their depiction of acquiescence, surrendering open wound work that provides the sensation of aggravating stasis Wells is searching for. 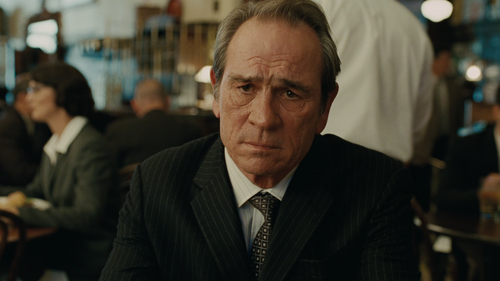 Clarity is terrific in the AVC encoded image (1.78:1 aspect ratio) presentation, providing a satisfying impression of office and suburban interiors, with a pleasing sense of natural lighting and set design textures. Costuming is also served well here, with fabrics sharply represented. Skintones are natural, cleanly displaying differences in age and emotion. Shadow detail is successful, making sense out of evening and low-light encounters. Colors are energetic despite some chilly environments, with a pure feel for whites and blues, with everything satisfactorily separated. Being a film of faces, the BD is best served in close-ups, surveying the silent acting, with plenty of wrinkles and worry to study.

The 5.1 DTS-HD sound mix is fairly straightforward, with primary concentration on the nuances of emotion in voices, providing a frontal force that holds the exposition tightly, while group encounters feel out the surrounds to a minor degree. Verbal exchanges have weight and feeling. Scoring cues find their place without disruption, while soundtrack cuts offer more muscle. Atmospherics are solid, creating a hollow feel of office space, while domestic interiors keep a slight echo to reinforce the scale of the homes. Though nothing extraordinary, the mix supplies a comfortable effort, capturing the human core of the feature. 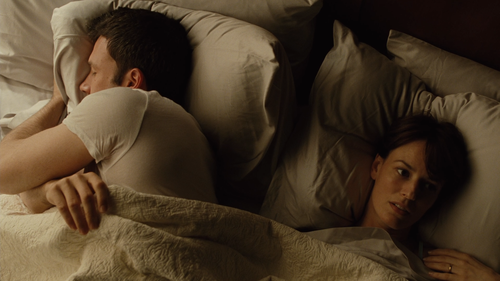 The feature-length audio commentary with writer/director John Wells is sedate but informative. The primary message here is research, with Wells describing how he solicited the unemployed for their stories, weaving those tales of hardship and humiliation into a screenplay and film that was altered on several occasions to keep up with the times. Wells launches some platitudes, but he keeps to an educational tone, explaining the harsh realities behind the movie and his effort to keep the characters challenged and fallible. Wells is prepared and dissects the film with skill.

“Alternate Ending” (12:52) basically reorders and shortens the theatrical conclusion, looking to land on a more sitcom hug of father/son bonding instead of leaving on a business note. It’s not a substantial narrative change, just a slightly different approach.

“Deleted Scenes” (7:16) supply an extended opening with Bobby, while also feeling around his stress a little more. Gene’s worry is explored further, observing him tense and confrontational at a dinner party. Finally, Phil is dealt a harsh blow when refused a job as a pizza delivery man.

“Making Of” (14:23) is an elementary BTS featurette that mixes on-set interviews with junket chats to flesh out the film’s genesis and thematic intention. Conversations are heartfelt, but undeniably promotional, which dilutes the impact of the information. 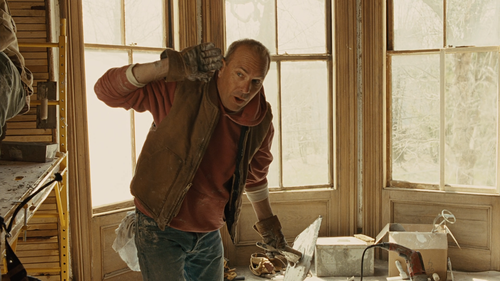 Hope is permitted in the finale of the film. The picture isn’t a death march, keeping a few rays of sun handy to leave viewers with a feeling of optimism in the midst of dark times. It’s certainly a screwy recommendation to make, but “The Company Men” is a worthwhile journey, supplying a catharsis and understanding that supports a rather unsavory topic. 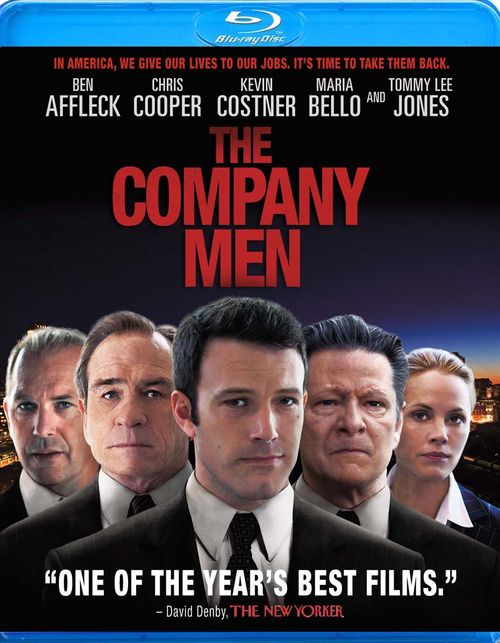