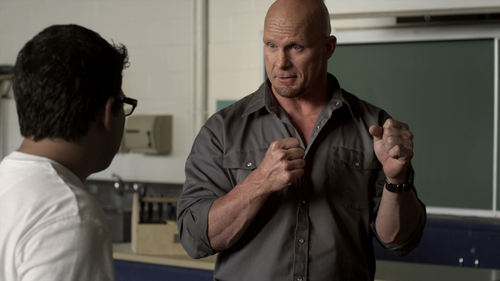 There’s not a drop of originality to “Knockout,” which largely plays out like a photocopy of “The Karate Kid” set in the high school boxing realm. The picture lacks a great deal of innovation, but it retains an impressive reservoir of charisma to help squeak it through the rough patches, making for an atypically pleasant picture from star Steve Austin, who takes a slightly less knuckle-sandwich position of caring in this underdog sports drama.

A new kid in a small town high school, Matthew (Daniel Madger) is a doughy nerd with an affinity for boxing history, taking interest in the sport of his grandfather. When school bully Hector (Jaren Brandt Bartlett) traps Matthew in a game of intimidation and abuse, the frightened freshman finds comfort in Dan (Steve Austin), the school janitor and former boxing prodigy. Accepting Matthew’s request to help him train in the pugilist arts, Dan ups the ante by arranging a match between his student and Hector. Frazzled, but learning self-confidence, Matthew works to become a fighter, finding puppy love and needed discipline along the way. 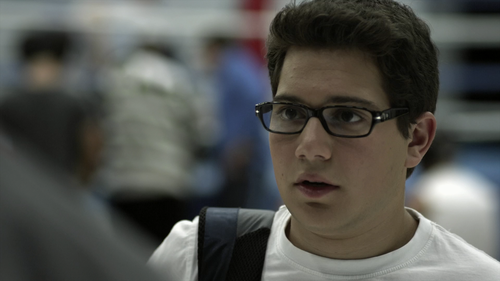 It’s impossible to be wowed by the “Knockout” screenplay (credited to Joseph Nassar), which is steeped in clichés to such a degree, even the actors seem a little embarrassed to partake in a few of these scenes. It’s a familiar look at a bullied boy and his rise to sporting glory, learning valuable lessons about himself and his family along the way. It’s hardly the most scintillating screenwriting effort the wheezy genre has seen, with major emotional points of the film rendered unusable due to the hackneyed writing.

What “Knockout” has in its favor is a game cast looking to instill some life into the dreary script. Director Anne Wheeler keeps most of the performances on track, using thespian charm to spackle over troubling areas of the feature. I enjoyed work submitted by Madger, who plays a believable geek finding his spirit through boxing, providing a consistent read on teenage frustration and communication breakdown, while effectively registering new boner issues through a brief but sweet courtship with lady friend Ruby (a pleasant Emma Grabinsky). Austin pairs up well with his young co-star, and while the role doesn’t challenge the former pro wrestler in the least, it does work a different side of the actor, developing a softer, reflective character who’s almost reluctant to take charge. It’s a vulnerable, understated performance, and the film is best when focused on the training efforts between the pair, who develop a share language of boxing techniques that comes to be challenged by Matthew’s irresponsibility. 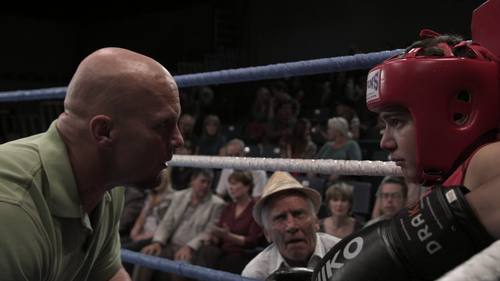 “Knockout” does feature a sour note from Bartlett, who turns the typical bully role into something obnoxiously maniacal, possibly homoerotic at times, with Hector wildly delighting in his torment of Matthew. The performance is unbearably broad. 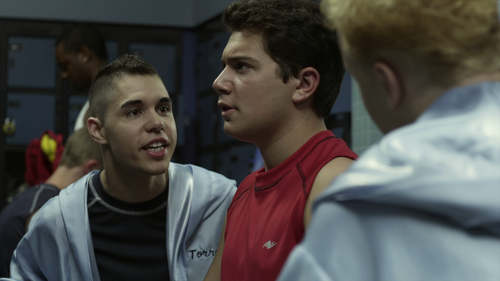 The AVC encoded image (1.78:1 aspect ratio) presentation is an unusual mix of soft and crisp elements, with the overall HD cinematographic intent seemingly captured on the disc. Colors are wonky, though purposeful, with skintones drained of their natural appearance, while interiors and costuming retain realism, with boxing blues and reds offering compelling life. Shadow detail is on the soft side, with low contrast taking vibrancy out of the image. Detail startles some, with the fine textures on facial close-ups ideally crisp, while bloody wounds and building interiors also benefit from the BD presentation. Noise and banding issues do pop up from time to time, along with some incidents of EE.

The 5.1 DTS-HD sound mix contributes a hushed sonic force to everything but the boxing sequences, with dialogue exchanges on the tinny side, sounding unconvincing, especially when tempers flare. Scoring cues are unobtrusive, keeping to surrounds to support the drama. Once the action enters the ring, the track perks up some, with a directional feel for the body blows, along with crowd atmospherics. Low-end is soft. It’s a gentle film to begin with, but the desired cinematic weight of voices and encounters is missing, making the film sound unconvincing at times. 2.0, French 5.1, and French 2.0 tracks are also included.

No subtitles are offered. 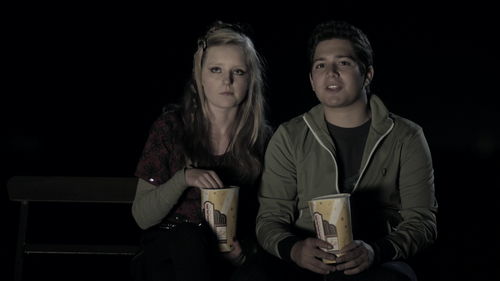 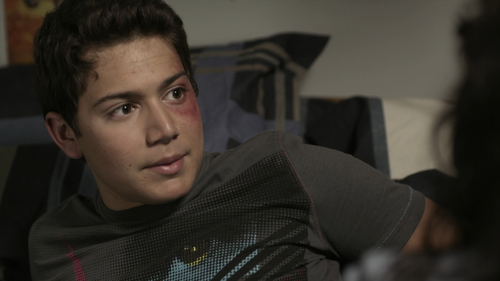 “Knockout” offers training montages, after school special-style betrayals, and a third-act showdown between Matthew and Hector, who work out their differences in the ring. The boxing choreography isn’t the tightest around, and the film strains to fill 90 minutes, but the unexpected kindness of the message and characterizations is felt. It’s hard to loathe “Knockout” when it plays this friendly, but the sluggish screenplay makes it awfully easy to try. 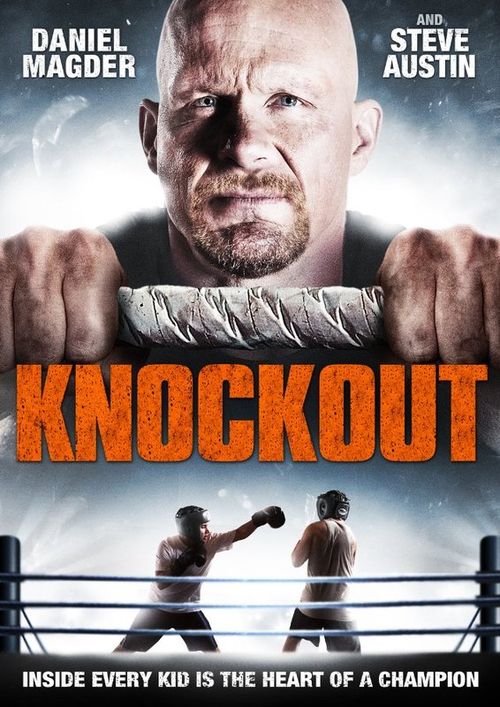