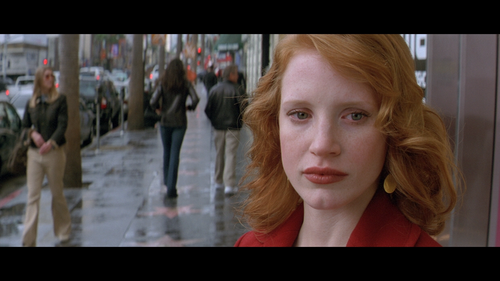 “Jolene” is chunk of old-fashioned American storytelling, adapted from a short story by E.L. Doctorow. Crossing the country detailing the swelling woe of a redhead and her failure to find uncontaminated love in the world, the film attempts to spread the feeling of a life lived across a widescreen environment, working out the complex mechanics of a tragedy in two hours, deploying a supporting cast of familiar faces to help make the violations stick. Cruelly, the display of sorrow never takes command, with most of the film an unsatisfactory soap opera that never seizes an illuminating essence.

Orphaned at a young age, Jolene (Jessica Chastain) has been hunting for something to fill the hole in her heart. Unfortunately, comfort arrives in the form of lonely and sick suitors who yearn to possess what they perceive to be an angelic soul. Starting at the age of 15, Jolene embarks on a decade-long education, greeting a series of lovers including her uncle Phil (Dermot Mulroney), drug addict artist Coco (Rupert Friend), mental hospital guard Cindy (Frances Fisher), Las Vegas mobster Sal (Chazz Palminteri), and Brad (Michael Vartan), a privileged Christian with a penchant for anal sex and domestic abuse. Weary, but determined to survive, Jolene wanders around the country looking to find herself, employing art as her voice during extraordinarily dark times. “Jolene” (shot way back in 2006) feels yanked from a literary source, with its assembly of sin, violence, and broad characters. Director Dan Ireland (“Mrs. Palfrey at The Claremont”) does an commendable job retaining the feel of the written word throughout his motion picture, sending the protagonist out into a cold, uncaring world where romance and stability aren’t as easy to achieve as she expects. Jolene’s an archetypal tumbleweed character, a naive ginger with intoxicating pink parts she barely understands, thrown into situations beyond her control. She’s a seemingly innocent object of lust and calm to these men and women who pursue her, though they all disappoint in the end, pushing her to the next adventure in another state. The episodic, dog-eared quality of the filmmaking is felt, but establishing an emotional connection to anything on-screen is a real problem for the production. 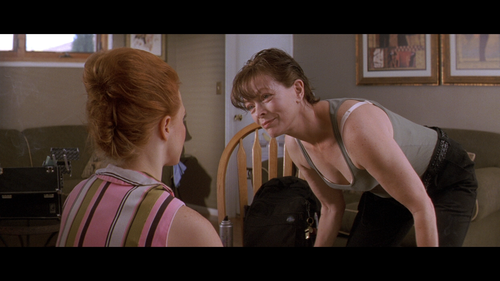 You see, Jolene is troubled, beaten, and broken, and while she’s under no obligation to be a likable human being, one gets the feeling that Ireland is itching to have viewers fall in love with the character. Chastain’s wide-eyed performance goes a long way in creating vivid feelings of passion and disappointment, with the young woman subjected to numerous horrors, but Jolene is a bit of a blank slate. Actually, she’s borderline toxic. The feature never quite grasps the morality churning inside the woman, who’s trapped in one-dimensional survival mode throughout the entire picture, with the screenplay failing to flesh out her perspective on the acts of prostitution, stripping, and perversion that seemingly define her life. Sure, it’s a story of lifelong adversity working to a final stand of personal ownership, but something more substantial than Chastain’s cherry-topped moxie would’ve been welcome, especially within a narrative of dark turns and excruciating realizations. Instead of honest reflection, Ireland is all too quick to flip on the melodrama afterburners, stripping the horror out of Jolene’s trials. 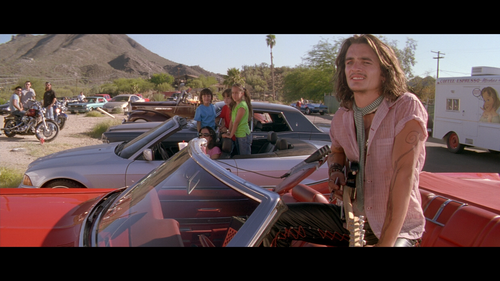 The AVC encoded image (2.35:1 aspect ratio) presentation looks artificially brightened to a minor degree, with a lighter feel to the opulent cinematography that doesn’t register as natural. The brightness pulls saturation out of the colors, which fare well, but never seem to hit a lush power as intended. Still, Jolene’s orange and pink appearance is cared for, with skintones looking very natural and appealing. Outdoors are suitably sun-kissed, with a comfortable sense of natural lighting. Clarity is a little on the soft side, with broader details of interiors lost, though costume textures and close-ups look fine. Shadow detail is supportive, with frame information preserved, especially during evening encounters.

The 5.1 DTS-HD sound mix truly comes alive during soundtrack selections, which bring a special power to the track that holds attention. The music sounds full and crisp, nicely separated from the dialogue exchanges, which register a little on the brittle side, though nothing is lost. Atmospherics are convincing, with an agreeable hold on exteriors and crowds. Low-end is sparse, but violent encounters are forceful enough, with gunfire and punches supplying sonic shock. Scoring is adequate, keeping a workable presence in the surrounds. 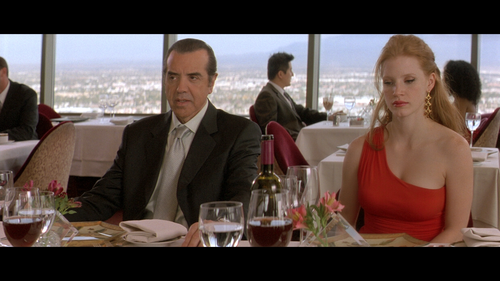 The feature-length audio commentary with director Dan Ireland is an overly fawning track that bounces between overt praise and legitimate production information. Hearing about the process of adaptation is welcome, with Ireland discussing how the material was shaped and filmed. However, the director is too quick to fling “everything was great” comments, heaping empty praise on just about everything, even the distributor, with Ireland brushing away the feature’s considerable delay as daily life in the “independent film business.” Yeah, sure. Ireland also has an absurd belief that his comments interfere with the on-screen action, perhaps not fully understanding what a commentary is supposed to be. His long silences are unnecessary, making the track practically worthless.

“Bloopers” (3:37) are a standard run of mix-em-ups, though considering the grim subject matter of the film, it’s odd to see these giggle fits and general merriment.

“Interviews” (33:48) are easily more valuable than the commentary, with Ireland, Chastain, Theresa Russell (playing Jolene’s conservative aunt), Mulroney, and Vartan chatting up their experiences making the film, the feel of independent cinema, and an overall interpretation of the material. Nothing substantial is shared, but the personal insight is welcome. Despite a colorful cast and Chastain’s persistent glow, “Jolene” doesn’t add up to much by the end credits, with the main character a maddening blur from start to finish. The film seems ready to engage viewers as a profound road trip, heaving with indignities and miracles, shot with anamorphic luster. Yet, the feature ends with a Lifetime Movie whimper, keeping Jolene’s world awkwardly insignificant and often quite dull. 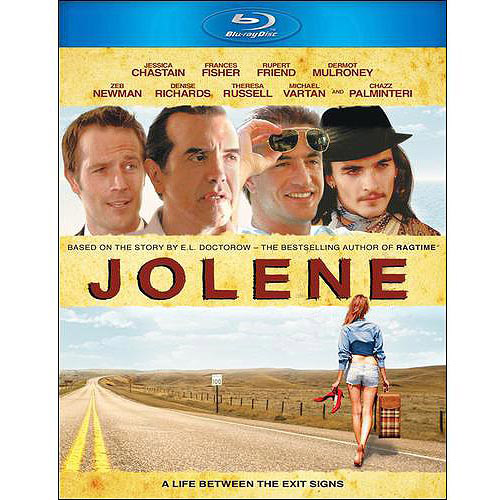