Blu-ray Review - I Am Number Four 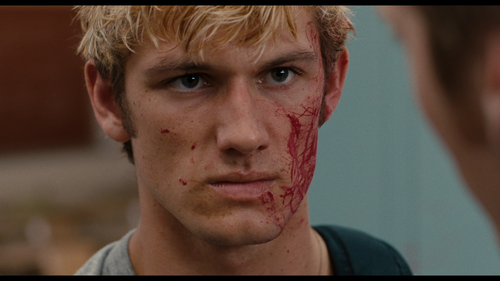 It was bound to happen sooner or later. With “I Am Number Four,” Hollywood attempts to branch out to other genres to find a new “Twilight” -- something with heavy romantic and superhuman overtones that could be massaged into a brand new franchise to take over the hearts and wallets of teens when the sparkly vampires take a bow in 2012. Though dealing with intergalactic invasion, corporeal powers, and laser guns, “I Am Number Four” is a relatively tame creation, lacking a thunderous, textured cinematic quality that would separate it from the average ABC Family movie.

An alien from the planet Lorien, Number Four (Alex Pettyfer) has come to Earth to hide from a vicious enemy known as the Mogadorians. Guided by protector Henri (Timothy Olyphant), Four is working his way through adolescence, finding himself in possession of several “Legacies” that offer him exceptional powers. Settling into a quiet life in the suburb of Paradise, Ohio, Four comes across fellow teen Sarah (Dianna Agron) at school, enchanted with her sense of kindness and photographic poetry. Unfortunately, there’s little time for love, as the Mogadorians, with their fearless leader Commander (Kevin Durand), draw near, forcing Four, human pal Sam (Callan McAuliffe), and huntress Number Six (Teresa Palmer) to fight back, working to gain full control over their Legacies. 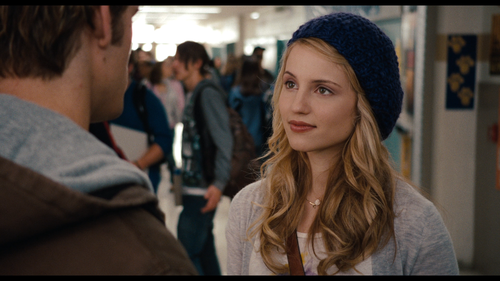 Based on the best seller from author Pittacus Lore (a pen name for writers Jobie Hughes and James Frey), “I Am Number Four” has all the required ingredients for a modern teen movie. There’s a mysterious, hunky lead character of limited sexual threat and startling powers; huge amounts of knotted backstory with puzzling names and purposes to sort out (often unsuccessfully) during the course of the movie; and there’s a heavy fantasy angle that bleeds into swoony romantic yearn between two teens unable to consummate their love due to villainous interference. Certainly director D.J. Caruso (“Eagle Eye”) isn’t going to pooh-pooh any similarities made between “Twilight” and his film. Why throw away such amazing retail potential?

“I Am Number Four” is a children’s film, too frail to find an awesome voltage that would lend it a truly epic stance. Instead, it’s a surprisingly drab creation, following Four as he feels out the limits of his Legacies (interpreted here as glowing hands and telekinesis), deflects trouble from school bullies, goes all angsty on guardian Henri, and struggles to maintain a love connection with Sarah. It’s ultimately a protracted and uneventful origin tale, but that’s not made immediately clear, as Caruso seems to be building toward a colossal showdown between Four and the Mogadorians (goofy creatures who have gills located right next to their noses) for the future of Earth. The clash does finally arrive in the final act, but it’s an absolute snoozer set inside a high school, showcasing limp stunt choreography, unimpressive special effects, and truly random acts of CGI-laden heroism. “I Am Number Four” is a tease, promising muscular genre goods it never delivers, led by a painfully robotic performance from English actor Pettyfer, who spends the entirety of his screentime fussing with his unconvincing American accent. 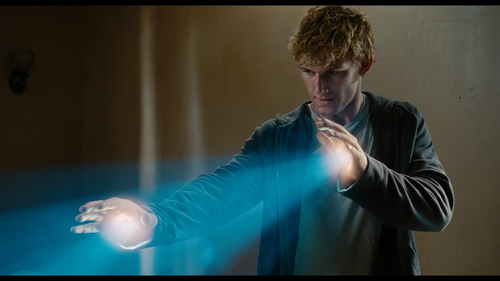 The AVC encoded image (1.85:1 aspect ratio) delivers a superbly textured viewing experience, handling domestic and sci-fi touches with equal intensity, creating a well-balanced image. Colors are generous, with the forest greens of John’s new surroundings creating an evocative feel of environment, while the blues and greens of the Legacies push right on through. Skintones are natural, while shadow detail is surprisingly robust, supporting evening encounters and dense costuming. Clarity is striking throughout, offering numerous design particulars to examine, while permitting a comfortable read of reactions and action tangents.

The 5.1 DTS-HD sound mix offers an agreeable range of vocal activity, spread around the surrounds to simulate school hallways and outdoor locations. Exposition is clean and easy to follow. When the action rises to a boil, directional activity is tremendous, with blasts of beams and lasers pinging all around the room, generating the proper intensity without stepping on the performances. Low-end is comfortable, best when dealing with alien beasts and major acts of destruction. Scoring is light, but effective, keeping back until called upon. Soundtrack cuts sound more convincing, with crisp instrumentation and placement. DVS, French, and Spanish tracks are also included. 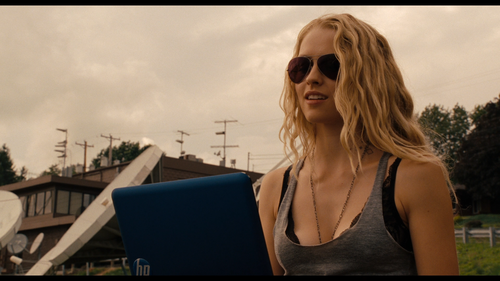 “Deleted Scenes” (18:58) supply one major addition, offering an interesting scene with actress Karen Allen, here playing Sam’s estranged mother. Also presented are minor character beats, including John getting used to his powers in a Dairy Queen parking lot. On the tedious side comes an extended encounter with the aliens, where Durand gets to spray his improvisational skills everywhere. The scenes can be viewed with or without introductions from director D.J. Caruso.

“Becoming Number Six” (11:44) spotlights the efforts of actress Teresa Palmer, who endured weeks of training and practice to nail her highly physical role as the aggressive alien hunter. Interviews with the star are amusing, but the real treasure here is the BTS footage, which observes the layers of planning and execution needed to put energetic scenes together.

“Bloopers” (3:15) bring around a collection of mix-em-ups, with the focus here on botched takes and giggle fits, also offering some cast clowning to keep the mood light. 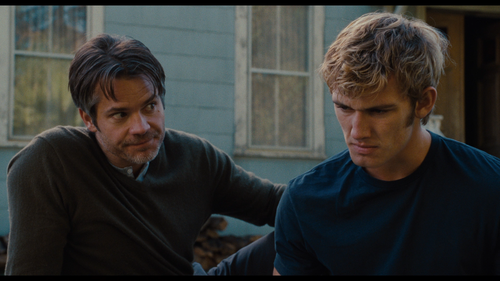 With comatose cinematography, Durand cringingly overacting like a lunatic in the one-note villain role (he gives the same garish performance in every movie), and a script that’s sculpted solely for hardcore fans, “I Am Number Four” is often more irritating than involving. The kicker comes at the end, which really isn’t a satisfying conclusion, but a ballsy, shameless cliffhanger for a sequel. Caruso could’ve at least attempted a vague sense of finality to show some genuine respect to his audience, but closure won’t encourage people to follow Four again in a few years. Considering how uneventful the first installment is, I’d be shocked if we ever hear from these characters again. 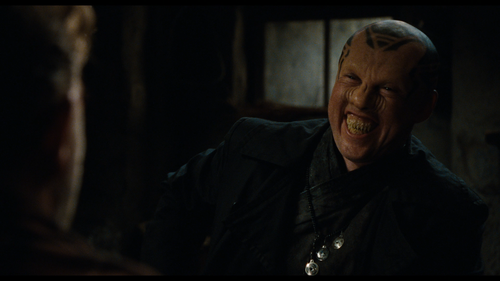 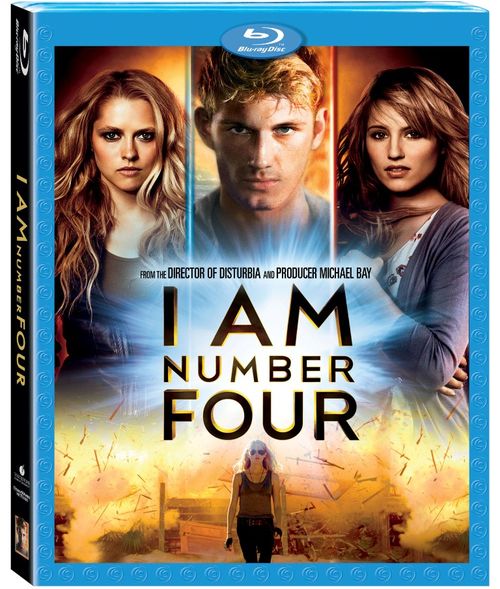