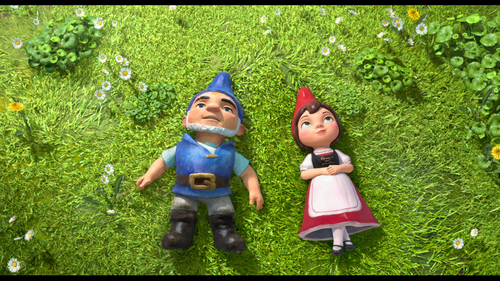 Even by animated filmmaking standards, “Gnomeo & Juliet” is a strange picture. Imagine William Shakespeare’s immortal classic of love and death acted out by a society of garden gnomes, scored to the music of Elton John. And the voice cast includes Hulk Hogan, Dolly Parton, Ozzy Osbourne, and Maggie Smith. Feeling a bit dizzy? While thoroughly bizarre, “Gnomeo” is a vibrant bit of cheeky entertainment, a beautifully animated romp that plays better cute than clever, offering miniature merriment and cheerful blasts of classic rock while pantsing the Bard.

As neighbors in a serene English suburb (on Verona Drive), the Capulets and the Montagues bicker endlessly, with their war carrying over to a community of backyard garden gnomes and assorted lawn decorations, as Lord Redbrick (voiced by Michael Caine) and Lady Blueberry (Maggie Smith) fight to keep their families separate. Trouble brews for Gnomeo (James McAvoy), an adventurous hunk of ceramic who falls for Juliet (Emily Blunt), the stifled Redbrick princess, finding love with the daughter of his sworn enemy. Hoping to keep their relationship a secret with help from a grateful pink flamingo (Jim Cummings), Gnomeo and Juliet face an uphill battle for neighborhood peace, while bully Tybalt (Jason Statham) looks to maintain the backyard tensions. 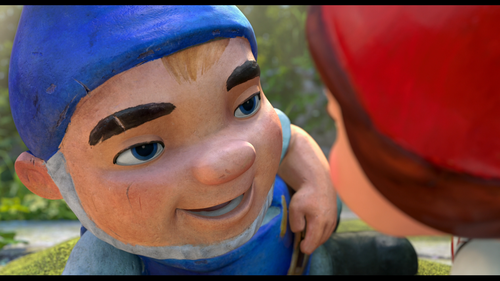 Produced by John’s Rocket Pictures, “Gnomeo” gives off serious “Mamma Mia!” vibes, weaving a handful of the superstar’s greatest tunes (along with a few new ones) into the celebrated fabric of “Romeo and Juliet,” turning the whole shebang into an animated party to best serve the timeless music. It’s a flashy idea, agreeably executed by director Kelly Asbury (“Shrek 2,” “Spirit: Stallion of the Cimarron”), who transforms Shakespeare’s breathless work into a full-blooded cartoon, gleefully maneuvering around a cast of ceramic and plastic ornaments as they live, love, and literally shatter when tragedy strikes. And here I thought Baz Luhrmann had the weirdest take on the enduring play.

While there’s a labored screenplay that’s ripe with soggy puns and tepid one-liners (a large portion of the jokes simply die), the sheer energy of the material isn’t subdued for long. Elton John’s tunes provide a suitably magical source of life for the picture, translated into orchestral arrangements or often deployed for montages, used to backdrop garden life and articulate the romantic urges between Gnomeo and Juliet. The music offers the film a distinctive thumbprint, lifting the antics with a well-portioned sense of the familiar and the new, with a few of the original songs making a warm impression. 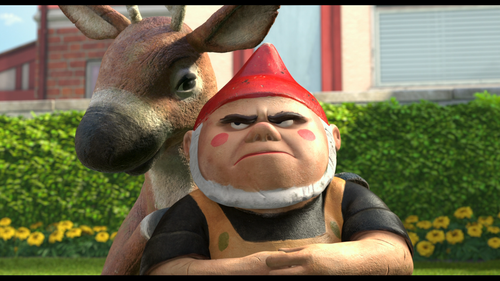 The aural enchantment also extends to the startling cast, who, despite their diverse career backgrounds, come together to form colorful parade of voices, bettering the script with eager verbal interpretations. It’s almost worth the ticket price alone to watch Jason Statham and Ozzy Osbourne (playing a dim-witted deer) trade lines. As the titular pairing, McAvoy and Blunt make a sweet twosome, finding heart in an otherwise obsessively jokey feature. Blunt is exceptionally charismatic, showing appropriate beats of frustration as Juliet is faced with an overprotective father and her own reluctance to betray her family. There’s little dramatic heave to the film, but the actors find their footing while Asbury is off thinking up Shakespeare references (even a cameo by the man himself) and staging homages to “The Matrix” and “American Beauty” (a clue to the actual age of the script or perhaps the ridiculous length of production). 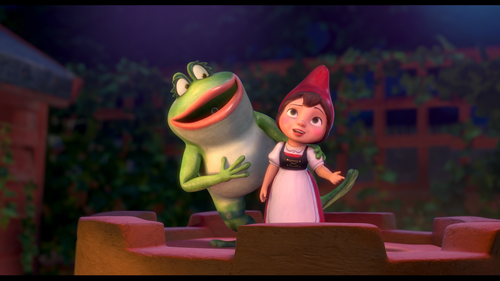 Bright colors? Animated characters? Flowery environments? There’s not a lot the AVC encoded image (1.85:1 aspect ratio) presentation can do wrong here. The HD experience is impressive, capturing the chipped characters and grassy locations in all their textured glory, with bold hues popping splendidly. Reds and blues look alive while the sun-kissed backyards reveal a host of colors and miniature screen energy. The animation is crisp and clean, showing solid edges and detailed movement, while shadow detail is supportive, providing a sense of true black to evening adventures. There’s a bright, hearty image here worth investigation, offering the film’s adventures with striking clarity at times.

The 7.1 DTS-HD sound mix deploys its musical origins magnificently, offering listeners a substantial impression of instrumentation and vocals, blended marvelously with the rest of the action. The vocal work is crisply defined and weighty, with every actor permitted a clean read of performance and emotional intention. Low-end is active, giving a nice rumble to more chaotic bits, while provided a pulse to scoring cues and music cuts. Atmospherics are generous, filling the surrounds with community activity and outdoor details, while boasting an energetic directional sensation. Ceramic sound effects are also inviting. A Spanish track is also included. 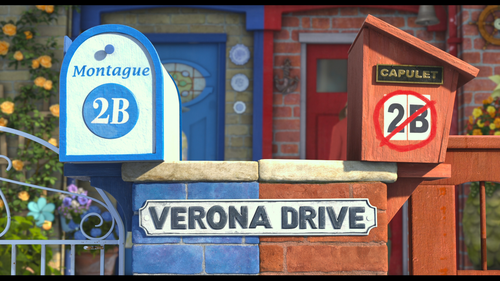 “Elton Builds a Garden” (5:47) breezes through the musical process of the feature, with production interviews chatting up Elton John’s influence on the film and his creative drive, which helped the movie survive its extensive development process. Staged footage of John visiting the production offices is included, along with some glimpses of the actors recording their lines.

“Alternate Endings” (4:05) are two unfinished variations on the “Happily Ever After” resolution, with merriment displayed here in storyboard form. They can be viewed with or without introductions from director Kelly Asbury.

“Deleted and Alternate Scenes” (42:25) offer a huge chunk of unfinished “story reels” that reveal the trial and error process of animation. Different takes on characters are presented, along with extensive comedy bits and an alternating opening. They can be viewed with or without introductions from director Kelly Asbury.

“Frog Talk with Ashley Jensen” (1:46) spends a brief moment with the gifted Scottish actress, who explores the process of voice work and her delight with the final product.

“The Fawn of Darkness” (1:29) heads over to Ozzy Osbourne, who shares his feelings about appearing in an animated film and the glorious ease of the job.

“Crocodile Rock” (1:32) is a short music video for the Nelly Furtado/Elton John musical collaboration. The performers only make a cameo here, with film clips leading the promotional charge. 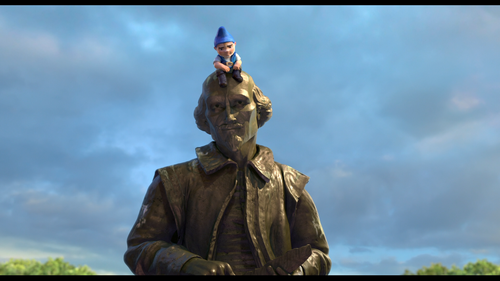 The beauty of “Gnomeo” is found in the animation, which makes a marvelous effort to sell the artificial features of the ornaments, heightening their cartoon potential. The characters look believably weathered and cracked, stiffening into cheerful pose when humans are nearby. Sound effects also assist in the fantasy, with the consistent clinking of ceramic adding a synthetic feel that brightens the comedy. The picture looks amazing at times, finding a slapstick fluidity while tending to the nuances of store-bought statues. It’s a fairly aggressive film, but “Gnomeo & Juliet” hits these little moments of detail that make the movie entertaining and creative, doing Shakespeare and Elton John justice while creating pleasing comedy chaos. 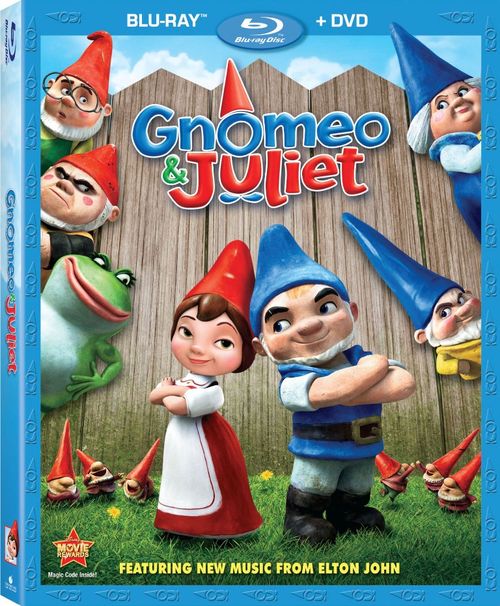