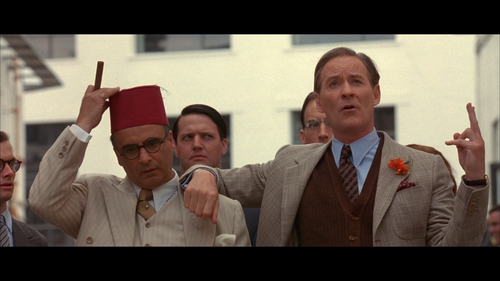 As a swinging, small-time musical composer in the early 1920s, Cole Porter (Kevin Kline) ruled the Parisian nightlife with his witty combination of songs, bubbly charisma, and sex appeal. Cole soon meets his match in Linda (Ashley Judd), a divorcee who finds Cole’s songwriting gifts intoxicating, falling in love with the composer even with prior knowledge of his homosexual desires. Linda gives Cole confidence to reach for the big time, creating legendary Broadway shows (“Kiss Me Kate,” “Anything Goes”) and finding riches in Hollywood. However, their relationship is severely tested when Cole’s preference for men clouds his connection to Linda, threatening to disrupt his amazing talents for writing music.

As a biography of composer Cole Porter, “De-Lovely” doesn’t follow the traditional route of morbidity that most bio-pics select. The colorful picture is more of a carnival of song, dance, life, and pain than a definitive account of Cole’s passionate life. Yet this picture is armed with something that the previous Cole Porter account, 1945’s sketchy “Night and Day,” did not have: The inclination to explore Cole’s bisexuality. Though Porter was a man known around the world for his vivacious music, director Irwin Winkler (“Life as a House”) and screenwriter Jay Cocks (“Gangs of New York”) are more interested in what made the iconic songwriter’s bowtie twirl in the bedroom. “De-Lovely” is a predominantly an examination into the relationship between Cole and Linda, and how their marriage of convenience backfired on them, destroying their trust and intimacy in the process. Winkler indulges a large amount of screentime detailing these sexual leanings and complications, which disrupts the picture’s balance between wannabe musical and straight up bio-pic. Since the film doesn’t cover Cole’s formative years, or, for that matter, much of his final ones (the picture’s storytelling device is Cole, dead, watching the events of his life unfold in front of him on a stage), taking up so much time with one facet of his life doesn’t show the film or the man much respect or desired depth.

Thankfully, to compensate for Winkler’s odd preoccupation with Cole’s sexuality, actor Kevin Kline gives a full-throated interpretation of the artist. Kline’s acting here is masterful; he glides across the screen with an ease that raises a good argument that perhaps the actor was Cole in his previous life. Kline takes Winkler’s clumsy direction and makes it shine with his charisma and ease handling the pricklier elements to Cole’s personality, including his ardent perfectionism when it came to his stage productions and depression from a horse accident, which broke his legs and his writing clarity towards the end of his life. Matching Kline well is Ashley Judd, who takes the tepid “suffering wife” role and injects it with some class, finding emotional corners to Linda the filmmakers often choose to ignore. 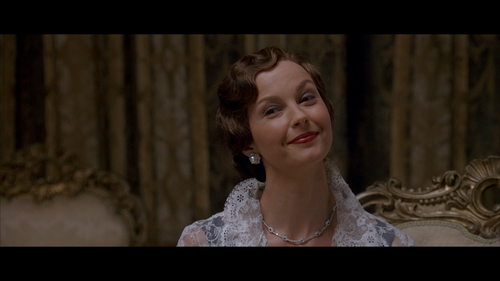 “De-Lovely” is a period film of explosive colors and warm interiors, employing a widescreen space to turn a rousing life into cinema. The AVC encoded image (2.35:1 aspect ratio) presentation is a solid representation of the ornate cinematography, showcasing an impressive range of hues that breathe life into the stage world of Porter and his home life as well. Reds and golds are superbly punchy, making a vivid impression during the musical numbers, while oaky interiors are equally as evocative. Clarity is as good as to be expected with a softly lit film, delivering accurate textures from faces and set design, with stage antics looking suitably distressed, while party encounters are inviting and textured. The image doesn’t provide a knockout punch of cinematic recreation and depth (shadow detail looks too murky at times), but the basics are tended to quite well. Some print damage was detected.

The 5.1 DTS-HD sound mix deploys a musical environment that’s convincing, with a lush flow of performances that sustain the feature’s somewhat whimsical tone. The transitions between song and dialogue are a little rough, with a clear deflation of power once the tunes subside, though conversations are crisp and frontal, with verbal information maintained. Atmospherics are generous with voices during crowd events and outdoor activity, with a good feel for crowded, festive areas. Scoring registers clean and significant, warmly injected into the film. Low-end is light, but surrounds are energetic, creating a wide scope of sound when the film takes to performance. Spanish and French tracks are also available. 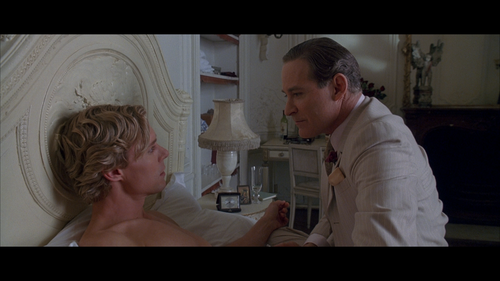 Two feature-length audio commentaries are included, the first with director Irwin Winkler and actor Kevin Kline. With the star in the room, the track takes a more performance-oriented route, with Winkler peppering Kline with questions about his screen interpretation and physical effort. Kline is comfortable enough to answer directly, offering his reaction to the filmmaking effort, which played into his own history as a composition student in college.

The second track features Winkler and screenwriter Jay Cocks, and this is the historical side of the conversation. Sharing easy chemistry and delight with the film, the pair dig into their artistic choices and hopes for the final product. Cocks is here to expound on the true story behind the subject, chatting up the reality of Porter’s world and how it was compacted to fit the screenplay’s needs. It’s easily the better of the two tracks, truly dissecting the subject and the movie.

“Making Of” (25:37) is an interesting mix of promotion, reflection, and history, with cast and crew interviews hoping to communicate the passion of the project and the herculean effort required to stuff such a complex life into a film. Conversations are animated and informative, with plenty of BTS footage to help explore the multiple components of production.

“The Music” (15:19) spotlights the stars of the soundtrack, chatting up the likes of Elvis Costello and Alanis Morissette for their thoughts on the challenge of interpretation and their respect for the source material.

“Anatomy of a Scene: Be a Clown” (5:33) and “Love for Sale” (3:10) take time to break down two sequences, displaying the rehearsal and recording process, while showcasing the on-set labor required to pull complex ideas off.

“Deleted Scenes” (14:29) offer a peek at Porter’s childhood, while fleshing out his sexual appetites and domestic commitments. These aren’t significant trims, but minor character beats that should be of interest to fans of the film. An alternate ending is also included.

And a Theatrical Trailer is supplied. 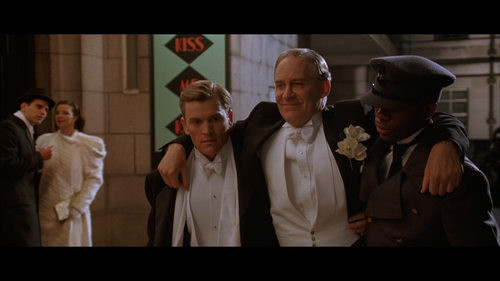 What “De-Lovely” truly desires to be is a musical. Song and dance numbers are interspersed throughout the film, with notable music talents like Alanis Morissette, Elvis Costello, Diana Krall, Sheryl Crow, and Robbie Williams handling the vocals for such hits as “Let’s Misbehave” and “It’s De-Lovely” when Kline (who perfectly mimics Cole’s limited vocal range) cannot. Winkler integrates these star appearances pleasantly, weaving them into the fabric of the movie delicately, rather than having them become unwelcome diversions away from the subject. The rest of the numbers are imagined as Cole’s fantasies, involving customary dance choreography and undeniable energy. This is when the sluggish dramatics keel over and the Cole’s flawless gifts rise to the forefront. And that’s the only way to appropriately tell his story. 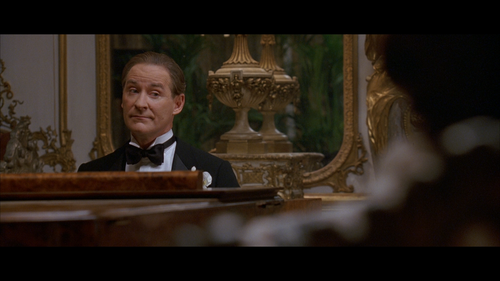 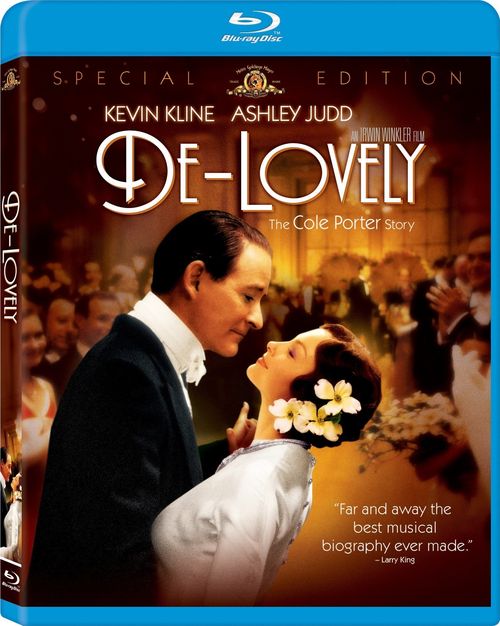