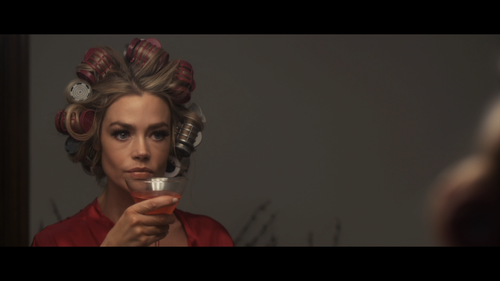 The nauseatingly titled “Cougars, Inc.” comes across like an unfinished movie, with viewers often dropped into scenes already in progress. It’s a mess of characterizations and romantic connections that also wants to register as a raunchy sex comedy, spinning itself dizzy for 79 minutes. I’m not exactly sure what type of film writer/director K. Asher Levin was looking to make, but he’s made all of them, uncomfortably stuffed into a doomed comedy where every character is either suffering from an undiagnosed mental impairment or registers as flat-out repulsive.

The troublemaking son of a playmate, Sam (horror stalwart Kyle Gallner) has been dumped into the care of Dan (James Belushi), a boarding school dean. Developing an easy rapport with Dan and his classmates (including Ryan Pinkston, as unpleasant as ever), Sam is making progress in life, cleaning up his act. When tuition troubles come into view, the boy is devastated, taking solace in a one-night-stand with Alison (Kathryn Morris), a dreary fortysomething woman who delights in the younger man’s attention, giving him a little money as a parting gift. Inspired, Sam collects his buddies and opens a male prostitution business for older women, using Alison’s friends (including Denise Richards) as their first customers. Finding business booming, Sam is soon challenged by Courtney (Sarah Hyland), his new girlfriend and youthful distraction from the demanding cougars. 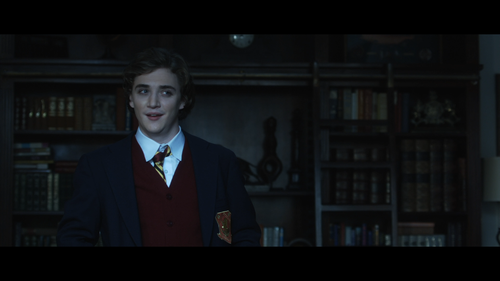 “Cougars, Inc.” (shot under the title “Mother’s Little Helpers”) aims to be a “Risky Business” for a new generation, where sexual dominance roles have shifted to favor ladies of a certain age, with teen boys shedding their slack-jawed virginal appeal to become expert cocksmen, merely due to their youthful impulsiveness and alleged stamina. Levin establishes a fantasy situation, but makes the rookie mistake of taking the plot too seriously, scripting up a wild series of chaotic events, only to panic in the end by introducing sincerity. It’s an incompetent brew of laughs, love, and lascivious behavior (along with a flat-out commercial for a cougar dating site mid-way through the movie), with a brief running time set aside to tinker with a crummy narrative puzzle few will actually care to see solved.

It’s honestly startling to witness how badly “Cougars, Inc.” bungles fundamental storytelling requirements. Characters aren’t introduced, they’re shoved into the picture, with Courtney an acid-tongue question mark who Sam, for some reason, falls instantly in love with. Their relationship is never defined or developed, only employed to create a sense of redemption for apple-cheeked man-whore that’s never earned. Alison is also a vague figure, with Levin pushing Sam and his blonde john into a semi-relationship that makes no sense in the long run, with the entire prostitution scheme barely debated between two people Asher wants his audience to value as intelligent. Romance is nowhere to be found, though the script certainly believes what’s happening here is worth some tears and remorse, with a grim third-act that halts the fun to play the premise seriously, paying off characters we barely understand. If Levin is honestly searching for an emotional reaction to any of this nonsense, a major rewrite was in order before cameras rolled. 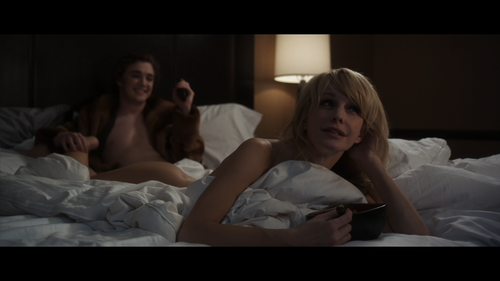 The AVC encoded image (2.35:1 aspect ratio) presentation sufficiently captures the low-budget “Cougars, Inc.” world, with a moderately clear display of interior interactions. It’s not the freshest looking image, but details are visible, providing a sufficient read on costume textures and schoolyard particulars. Colors are generally muted, but purposely so, with exteriors retaining atmospheric presence, with greens and reds coming through. Skintones look drained of life, while shadow detail is shaky, with a majority of scenes swallowed by distracting contrast and noise issues.

The 5.1 DTS-HD sound mix is more aggressive than it needs to be, with soundtrack selections making a harsh impression, overwhelming the consistency of the track. The introduction of music often necessitates a thumb on the volume level. Dialogue exchanges are a touch too weak, with a frontal effort that keeps the basic information in play, but doesn’t retain a natural feel. Scoring cues are soft but welcome, while atmospherics for clubs and school activities provide some life in the surrounds. 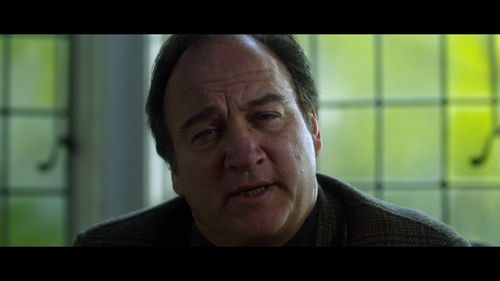 The feature-length audio commentary with director K. Asher Levin, and stars Kathryn Morris and Kyle Gallner kicks off with a disappointing revelation that the actors haven’t even seen the final cut of the movie, making their participation more observational than technical. At least Levin is excited, happily discussing his work with the cast, orchestrations of improvisations, and his overall shaping of the film’s clichés. There are plenty of whoppers to keep the interest level up, including Gallner pointing out his thespian tribute to Gena Rowlands and Levin comparing Pinkston’s tedious verbal diarrhea to the work of Vince Vaughn. To their credit, the participants believe in the film and confidently convey their perception of storytelling depth. I disagree, but I appreciate the energy.

“Deleted Scene” (3:31) restores some much needed interaction between Sam and Dan, who bond during a dark time in the young man’s educational future.

“Cougar 101” (3:01) interviews unidentified young men for the proper definition of “cougar” and provides tips on how to treat such a woman.

And a Trailer for the film has been included. 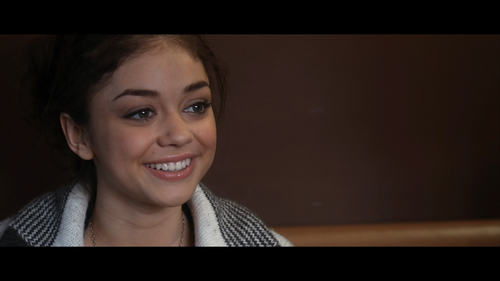 With an abrasive soundtrack of runny hip-hop selections and a script that contains zero laughs, “Cougars, Inc.” is an easy film to ignore. Asher just doesn’t have the training to pull off such a tricky tone, often mistaking noise for charm. 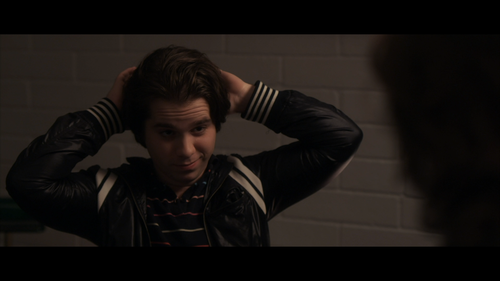 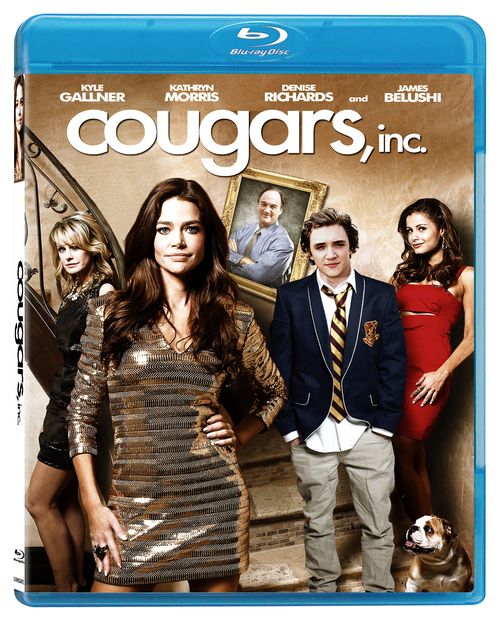