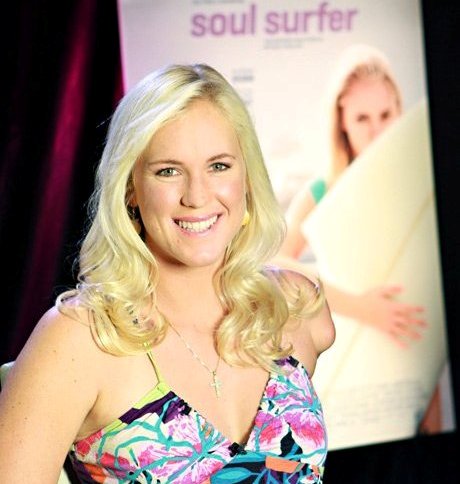 “Soul Surfer” (opening in theaters on April 8th) recounts the amazing true story of surfer Bethany Hamilton (played in the film by AnnaSophia Robb), who survived a horrific shark attack, losing her left arm at the age of 13 but not her will to continue life on idyllic Hawaiian waves. It’s a story of perseverance, faith, and family, capturing a teenage girl as she faces an extraordinary situation with a shockingly sound mind. Recently, I had the chance to speak with Hamilton (now 21 years old) about her experience with the film and her life beyond the waves.

You can learn more about Hamilton and the film at her website, www.bethanyhamilton.com

Q: There are few people who can say they've had their life story turned into a feature film. How does it feel to see your experience blasted up on the big screen?

Bethany Hamilton: Yeah, it’s crazy. I don’t think there’s a way to describe it. My family and I have been through so much, and I think it’s exciting that we’ve overcome it and now we can share it.

Q: And more specifically, what's it like to relive such trauma? Are you far enough removed from the shark experience at this point to appreciate it as a moment of suspense?

BH: As far as the shark attack scene goes, I thought it was done very good. It was accurate.

BH: And that’s how it was in life. It was so sudden, on the most beautiful morning. I wouldn’t want to watch the scene over and over again, but it’s not hard to watch. 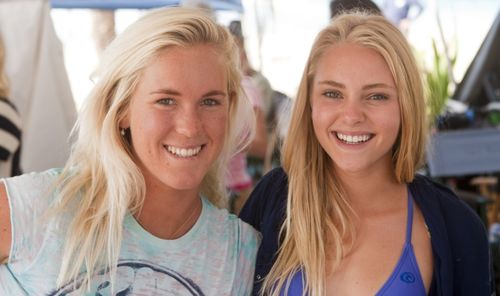 Q: When were the seeds planted to turn your story into a feature film?

BH: We started off with a book (2004’s “Soul Surfer: A True Story of Faith, Family, and Fighting to Get Back on the Board”), and there was a documentary. My former manager had been pitching it to everyone, and it fell through a couple times. It was going to happen a few times, but never did. It finally got finalized early last year.

Q: Were you on-set often?

BH: Yeah! They filmed on Oahu and I live on Kauai, so I moved to Oahu for the whole filming. Both my brothers and sister worked on the set, and my dad and I would visit the set when we felt like it. I usually didn’t last that long, though, because I’d get bored. It takes so long just to shoot one scene, I would go cruise for a while and then go surf. When they shot the stunt surfing, I would be there all day.

Q: Did you double any of the surfing footage?

BH: Yeah. I did most of the one-armed doubling. It’s pretty cool. As long as the waves are good it’s fine.

Q: Is the dog in the film your actual family pet?

BH: Yes. The director said she was the hardest one to edit and probably film. Some dogs are made for performing and she’s not one of them. They did a little training for her, but she’s a naughty girl. She did learn how to speak. As long as she got a treat, she was happy. 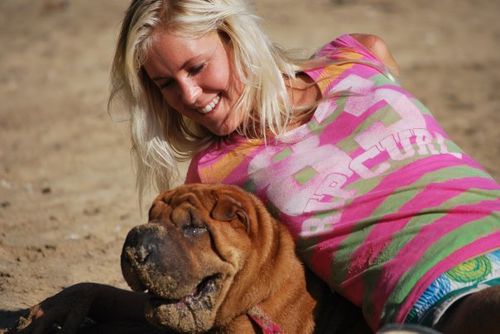 Q: Did you work with Robb to help shape her performance?

BH: As soon as she found out she got the part she came out to Hawaii and hung out for a few days, and I hung out with her on Oahu before shooting started. We got to know each other and she picked my brain with a bunch of questions. We hung out and surfed. I love her.

Q: And Dennis Quaid (who plays her father)?

BH: No. He was cool though, and super easygoing. Him and my dad went golfing a few times and I surfed with him. He got super hooked on surfing. Throughout the filming he was pumped to go surfing instead of golfing, and golfing’s his thing. I guess surfing is now.

Q: Did you have any input on the script?

BH: Yes. We worked as a team, though they only gave us the final script two weeks before the shoot, which was kind of a nightmare. It was actually kind of stressful coming up with material, looking to replace stuff we weren’t fond of. I’m glad we got the opportunity to fix a lot of the script. 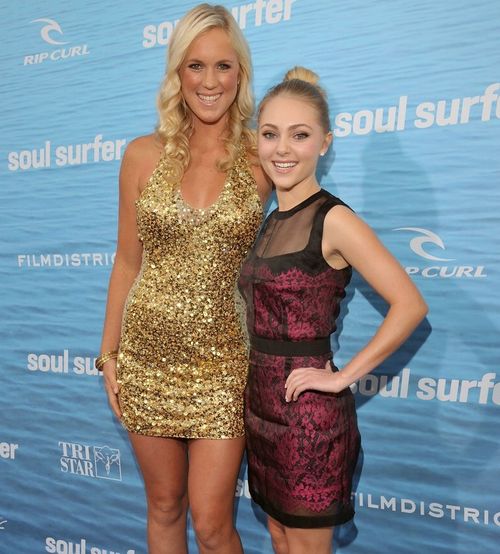 Q: How accurate is the film to your life experience?

BH: It’s hard to put a number on it, since it’s all compressed into 90 minutes. It’s pretty close, actually. A few characters were made up, but everything else was pretty true. The Thailand scene is something I love, but I didn’t go with my youth group, I went with my dad and brother. I actually went to Mexico with my youth group, so that was combined. The time frame is right. We all approve of it, which is more important because you can’t do it exact. The fact that my family is stoked with it is great.

Q: It appears religion plays a profound part in your life. Do you feel that spirituality was accurately represented in the film?

BH: Well, I believe in Jesus and, for me, it’s a personal relationship rather than religion. He’s been a part of my life since I was five years old. It’s exciting to be able to share that, and I believe God made all of this happen for a reason. So much good has come out of it. As far as portrayed in the movie, it’s definitely toned down, which I’m fine with. I want everyone to come and enjoy the film, but I hope the message will reach people.

Q: The message of the film appears to celebrate the miracle of determination. What do you hope audiences take away from the movie?

BH: Seeing what our family went through and how stressful it was, and how we try to find the good in it. To push forward with a good attitude, it’s definitely the way to go. 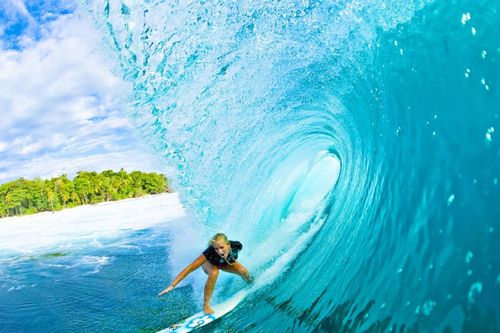 Q: Do have any inclinations to become a full time inspirational speaker, perhaps after your surfing career?

BH: Maybe I’ll do public speaking down the road, but I’d like to take one day or year at a time. I’d like to reach out to people.

Q: And the most important question: What’s your favorite surfing movie?

BH: Well, it’s an extremely corny moved called “North Shore.” All the surfers know it. My parents showed it to me and it was pretty funny. Super corny though. I didn’t want my movie to be that corny, I wanted the surfing to look right, the lingo and all that stuff. 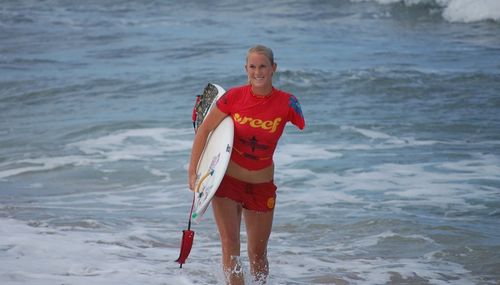